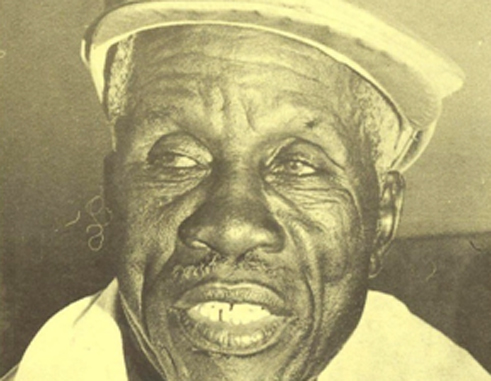 Clifton Doudou was born in 1921 at Balembouche Estate in the quarter of Choiseul. He was raised by his father as his mother died when he was very young. Doudou never attended school. He was the oldest among his siblings and so he stayed home to babysit them.

During his lifetime Doudou was engaged in lots of different work. He was engaged in the breaking of stones which were used for road building. He also worked on Balembouche estate and found time to work in his garden and go on fishing expeditions.

Doudou was a singer of cultural songs of St. Lucia. He learnt how to sing and dance African dances and drumming from the time he was a young boy. Many persons who heard him sing were convinced that he was the king of Creole singing.

Doudou maintained the tradition of African dances up to when he was unable because of ill health. He travelled throughout the country performing with the Piaye Cultural Group. He also performed in Canada along with a group of St. Lucians in 1982.

A founding member of the Piaye’s cultural Group, Doudou was keen in ensuring that the group continued to maintain the African dances while he taught persons in the Group as well as community members the various dance movements.

The Folk Research Centre honouredClifton Doudou Joseph three years ago for his sterling contribution to the culture of St. Lucia. Members of the Board and Staff of FRC visited him at his home in Piaye for the occasion. Other persons honoured on that day were the late Yves Simeon and Rameau Poleon

The Folk Research Centre extends condolences to his family, the members of the Piaye Dance Group, the Piaye community and the cultural fraternity of St. Lucia.