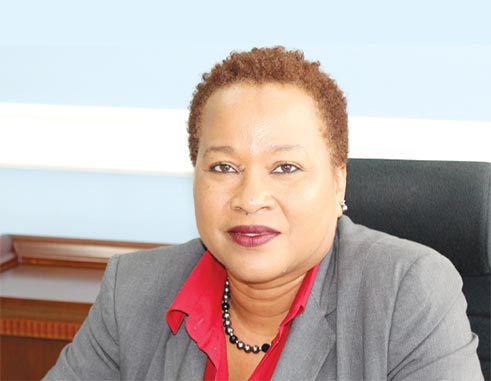 Changes Made To Regulations for Investors.

IT is now cheaper to acquire St Lucia citizenship by way of investment.

This follows changes to the regulations governing the Citizenship by Investment Programme (CIP) just announced by the government.

The qualifying contribution for an applicant for St. Lucia citizenship is now US$100,000 or half what it was when the programme was announced at the beginning of last year.

This was one of several changes made to the regulations in order to make the St Lucia citizenship by investment programme more attractive to interested persons.

Prime Minister Allen Chastanet issued the amendment on the December 12 under what is called a negative resolution, meaning that the amended regulation has not yet been discussed in parliament.

The procedure involved in a negative resolution permits changes to be made in a piece of legislation with the condition that this legislative instrument is introduced in both Houses of the Legislature as soon as is practicable after it is “made” and published in the Official Gazette.

The amendment was published in an extraordinary issue of the Official Gazette on December 28 and will be laid in parliament at the next sitting of the House of Assembly, according to reports reaching this reporter.

The changes to the C.I.P. Regulations are widespread and are expected to result in greater numbers of foreign nationals applying for citizenship here.

For instance 48 applicants were approved for citizenship since the start of the programme in January 2016 with seven being denied. The approved applicants have come from all over the world, including Saudi Arabia, Russia, United States of America, Israel, Malaysia, South Africa, Italy and elsewhere.

All having been approved under the previous C.I.P. Regulations which had qualifying amounts starting at US$ 200,000 and higher.

Also experiencing change is the part of the regulations that deal with government bonds. Before, explained Chief Executive Officer of the Citizenship by Investment Unit (CIU), Cindy Emmanuel-McLean, administrative fees were not attached to the purchase of government bonds. She said that the C.I.U. would have borne the cost of managing and processing the application for the purchase of the bonds, however the amended regulations now ensure that there is an administration fee of US$ 50,000 per application.

The amendment also removed the requirement for a sworn affidavit to declare financial resources of at least US$3,000,000. In other words an applicant is no longer required to demonstrate a net worth of US$3,000,000 to qualify.

Emmanuel-McLean said: “Originally in our legislation there was a requirement that anybody applying for C.I.P. had to have a minimum net worth of US$3,000,000. And in order for them to prove that they had this amount, they had to swear to the fact that they were worth US$3,000,000 and they also had to provide us with proof of that by way of either a bank statement, evidence of property they owned or whatever but by the very minimum, a sworn affidavit. With the changes in the regulations there is no longer that requirement. Persons who are not worth US$3,000,000 or who do not prove they are worth US$3 million can apply to the programme.”

Another change to the C.I.P. Regulations is the removal of a successful applicant attending in person the C.I.P. office in St. Lucia or a St. Lucia Embassy, High Commissioner or Consulate to take the oath or affirmation of allegiance.

“What has happened before is that when somebody had been approved for citizenship, in order for them to become a citizen they had to physically be present at an embassy or come to St. Lucia to take the oath of allegiance. What this change does is that they no longer have to physically move around. They can take the oath but by way of signing it in front of the one of the authorized persons, such as an attorney-at-law, a notary royal…..” Emmanuel-McLean said.

Regarding the maximum 500 applications per year in the regulations, Emmanuel-McLean explained that there have been discussions about removing that amount, but nothing has been done to date.

“It is something that has been under discussion. That has not changed. There is not yet an indication that there will be a new cap,” she said.

The changes to the C.I.P. Regulations will be forcing the C.I.P. Unit to re-examine its marketing plan since the one it had was based on the old regulations.

“We will be looking over the next week or so to determine what the marketing strategy will be and how we will market the new pricing from C.I.P. in St. Lucia,” Emmanuel- McLean said.

She added that the changes to the regulations do not in any way lessen the C.I.P. Unit’s dedication to due diligence of applicants background.

“We have a very stringent due diligence background process that we go through,” Emmanuel-McLean explained.

Emmanuel-McLean said : “They will go through the person’s entire background, who are their friends, family, who they hang out with, what their business practices are, how much money they have, how much they are worth, how they made their money, who they associate with, see if they have any court cases against them and basically highlight any areas of concern, anything they find negative about the person. We then send that information to the Royal St. Lucia Police Force which farms out that information to all the intelligence agencies it has relationships with around the world. They send a report to us which would either have cleared the person or tell us that this person has stuff in their background that we should be concerned about. We make our recommendation based on that.”

St Lucia is currently the fourth OECS country offering citizenship by to wealthy foreigners in this way. The other competing states are St Kitts and Nevis, Antigua and Barbuda and Dominica. Grenada, which scrapped its programme after concerns were raised our its integrity has announced that it is looking at the scheme again.