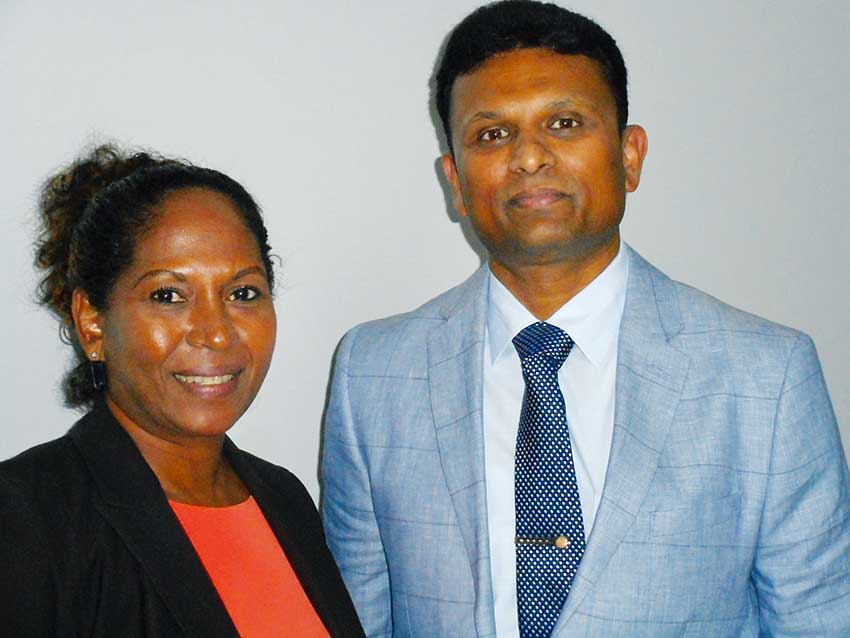 A cross-section of people from across the island had their knowledge broadened on the topic “Management of Sexual Assault and Rape Victims” at a seminar held by Spartan Health Sciences University in collaboration with the Caribbean College of Family Physicians (CCFP).

The seminar, which was held last week at the campus, attracted people from both the private and public sector, which included health workers, police, nurses, and representatives from the St. Lucia Crisis Centre, among others.

The objectives of the seminar were to (a) educate participants of how to confront victims of sexual assaults and rape, (b) broaden their understanding of the psychological consequences following sexual violence and why treatment is necessary and, (3) educate them on the common issues affecting victims seeking treatment and the types of treatment they require.

In his presentation, Dr. Shubhakar spoke about myths relating to sexual assaults and rape, the collection of forensic samples, the impact of rape on victims and society and the response to rape and sexual violence, among others.
He also spoke about the cultures of certain countries which make it difficult for rape victims to recover from their horrible experiences.

Dr. Shubhakar said the myths associated with rape put the victims at a disadvantage when their matter is being investigated by the relevant authorities in various countries around the world.

He identified a few of those myths as the perception that once a female is raped, she looked for it; her inappropriate way of dress led to her being raped; or the rape was a fabrication on the part of the alleged victim.

According to Dr. Shubhakar, the major complaint around the world as it relates to report of rape is that the police do not believe victims of rape and accuses them of fabricating a story. This, he said, is as a result of the cultures of various countries and the myths associated with rape.

He called on the relevant authorities to make sex education a priority in schools.

“If the teachers do not teach the students about sex education, they will be exposed to all forms of violence,” Dr.Shubhakar said.

He said the prevalent of such ills in society and its devastating effect has prompted the UK government to put in place strict legislation to deal with cases of rape.

Joseph, in her presentation, said the effects of rape last for a lifetime, adding that it causes nightmares, flashback, sleepless nights, suicidal thoughts, lack of appetite, and erratic behaviour, among other things. According to her, the mere image of someone can also bring back the terrible memory.

She said people who are responsible for protecting children are the ones who often sexually abuse them, adding that the perpetrators most of the time are well-known to the victim’s family.

Joseph also lamented that family members refuse to report cases of rape to the police because of reasons such as pride and their family dependency on the perpetrators for survival. She emphasized that after-care treatment is very important in treating rape victims.