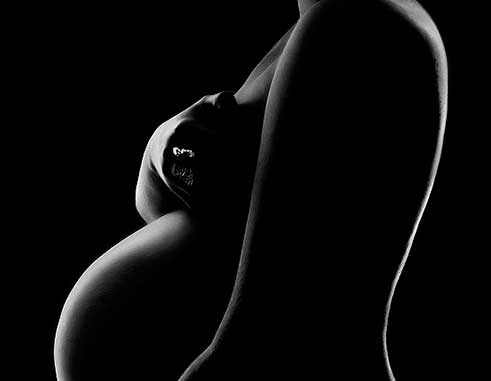 THE case of the 17-year-old who gave birth three weeks ago while a prisoner at the Bordelais Correctional Facility has put the Division of Human Services and ‘Raise Your Voice (Saint Lucia)’ at odds with each other.

The Division is now detaching itself from any claims that it had failed the teenager, explaining this in a recent release.

But “Raise Your Voice’ is not satisfied with the explanation saying that it is disappointed with the Division and that it fears for minors who are wards of the state.

The group, which advocates against domestic violence, rape, physical and sexual abuse of women and children yesterday called on the Minister for Equity, Social Justice and Empowerment, Lenard Montoute to conduct an independent investigation into the Department of Human Services, the Transit Home where the teenage mom was formerly housed as a ward of the state, and the Boys Training Centre with a corresponding investigation into the information and documentation submitted to the Family Court by those agencies.

The Division, however, claimed that it is committed to the protection of all children and juveniles. It said:

“As an organization entrusted with advocating juvenile and human rights issues, the Division of Human Services within the Ministry of Equity, Social Justice & Empowerment sees it fit to address and clarify concerns recently levelled towards the department. In particular, the organization Raise Your Voice, in their press release dated October 24, 2016 called upon our Ministry to provide a response on the disheartening chain of events leading to a juvenile female giving birth while incarcerated by the state.

“It must be made clear that the Juvenile in question is currently 17 years of age and not 16 years as was indicated. In that context- according to the Laws of Saint Lucia- anyone who commits an offence and is 16 years and older, is liable for incarceration at the Bordelais Correctional Facility. Also, the department must clarify that the juvenile in question was last housed at the New Beginnings Transit Home in 2013 and in that same year she was released into her mother’s care. The juvenile has not been re-admitted to the Transit Home since she returned to her mother’s care in 2013,” the Division of Human Services noted in a press release.

The release went on to state that “two years after her release from our custody, the juvenile was charged with Intentionally causing harm, after an incident which took place in Castries at approximately 8:00 a.m. on March 16, 2015. The Juvenile was 16 years at the time of the incident and was placed on bail. She however did not appear in court on the date of the hearing and a bench warrant was prepared as it was alleged that the juvenile had fled the Island. At the hearing, the victim indicated to the court that she would withdraw charges if the juvenile apologized, but the defendant refused.

“The Division of Human Services (although no longer responsible for the accused) was called in to collaborate with the Probation and Parole unit to remedy the situation with minimal punitive judgement. As a result of the intervention of the Social Worker at the Division, the juvenile was placed at the Women’s Support Shelter on April 14, 2016. She remained there for almost one month, however her behaviour was alarming to staff and residents and she was therefore removed from the Center.”

The release further noted that “as a last resort, the 17 year old was committed to the Bordelais Correctional Facility on May 6, 2016 on a charge of intentionally causing harm and is due to be released in the middle of November 2016.”

“It is unfortunate when we encounter scenarios like this, because as professionals we can only advocate, anticipate and facilitate. It is ultimately the power of individual choice that decides the path each person takes. Guidance and assistance cannot replace willpower and self-control. The Department of Equity, Social Justice, Empowerment and Human Services and by extension, the Government of St Lucia, wishes to reiterate its commitment to the care and protection of all children and juveniles.

“Any case, circumstance or action that compromises the well-being of our children is utterly disappointing and worthy of our effort. It is equally disappointing when individuals and organizations too cast aspersions- against those who provide support services to the island’s vulnerable population- on the basis of unfounded and erroneous statements and allegations.”

The release ended by stating that “the Department is also committed to working with any organization in the best interest of our children but such collaboration must be premised on mutual respect and an innate willingness to engage in an effort to ensure that informed decision making underpins our approach to addressing the challenges that confront our juveniles. In this regard, we remain available to provide clarification on matters of mutual interest.”

Raise Your Voice meanwhile has called for the immediate release of the teenager and her daughter from prison.