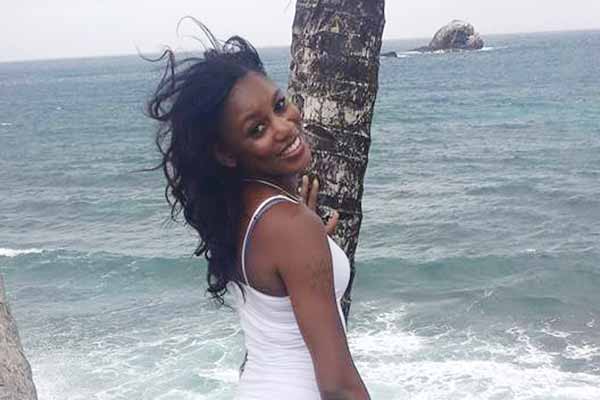 They say when life throws you lemons, you should make lemonade but our WOTW took three lemons and made the sweetest treat that life has to offer…life itself.

Latoya Duncan is a 29 year old mother of three who hails from the community of Bois Patat in Morne du Don but resides in Cas en Bas.

Duncan is a feisty, straight shooting and no holds barred woman who never minces her words when it’s time to express herself. However, when it comes to her role as a mother, this is when her soft side can’t be hidden.

At the age of 16, Duncan got the shock and fright of her life when she found out she was expecting her first child, a son.

She said at the time, no one believed her because of her free spirit and her penchant for being a jovial jokester. However, the truth eventually began to show…literally.

It was just over one year later when lightning struck twice for the teenager after she found out that she was expecting again, this time a daughter.

Duncan said this time around came as an even bigger shock but the process of her first pregnancy made this new one easier to sail through, plus it was a massive bonus as she had the full support of both her family and the family of the father of her two children.

However, whilst one might raise a judgemental eyebrow and whisper or even frown upon the then teenager, she stood tall and defiant and said to this day, she has never regretted her decision to have her children.

In fact, Duncan can’t help but beam with pride and pure love when speaking of her children and said: “They are my blessing. God has truly blessed me and I can’t thank him enough.”

Duncan said contrary to what one might expect for a young mother, life for her was fantastic as her world only consisted of her little family of mommy, daddy, brother and sister.

As for the rest of the world, she said: “I barely had friends at the time. It was just me taking care of my business and not having a care in the world what society had to say.”

Fast forward to today, Duncan is the epitome of happiness in a solid and loving relationship with the father of the newest angel in her life, her two year old daughter and she said people still find it hard to believe that she is a mother of three (plus her svelte figure is one to envy and proves to be an added reason to doubt)

However, she said: “God knows I am super proud, proud of my children and proud of myself.”

Duncan said if she had to pass on any advice to any teenager walking in the same shoes that she did, she’d tell them: “Just stay focused. Let people see who you are through your children and when you raise your children right people will shut their mouths and say ‘Wow you did well”.

Asked what would she say to people who did and would judge her. In true Latoya style, she said: “People judge me? Oops I didn’t notice! #ByeFelicia!”

Now as you might know by now, I always want to know something interesting about my WOTW whether it’s funny, sad or downright insane.

Well Duncan’s interesting secret is both funny and shocking…this tough cookie is a marshmallow on the inside like a big ole s’more.

She said: “I cry very quickly…my tears are close. Once I see a sad situation I cry really quickly.”

Who would have thought?