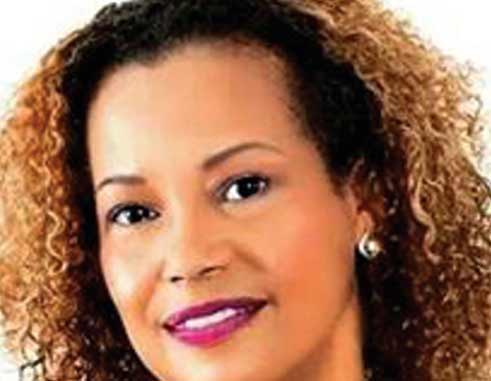 Any woman raising a child, let alone more, will tell you that this is one of their biggest challenges, and this is even with the help of a spouse, sibling, parent or anyone for that matter.

Well it is testimonies like our WOTW that solidify my belief that women are nothing less than AMAZING after managing to raise two sons on her own, whilst managing a busy professional life and living through tragedy and heartbreak.

Mother of two, Caron Tobiere is what we like to say in St. Lucia; “involved in every sauce!”

The pint sized, single mother has juggled a career in teaching and training as well as hospitality and tourism but currently is in the field of Live Events and Public Relations. Tobiere is also pursuing her dream of owning her own business in MICE Tourism (Meetings, Incentives, Conferences, Events) and is working on an MBA in Events Management with Napier University.

Tobiere said even though her father passed away at an early stage in her life and she was raised by her single mother, she was instilled with high morals and values.

She also had a strong Christian upbringing which taught her the principles that guide her life today including her mantra of being the change instead of just asking for change…in her own words, she is “independent to a fault!”

As well as being a mother and PR Person, Tobiere still manages to squeeze in being a lover (and player) of netball and an avid fan and supporter of all things such as calypso and the creative arts, including carnival which she has taken part in for the greater part of her life.

The mother of two opened up about the difficulties of raising two boys as a single mother.

She said: “It’s been rough but wonderful. My sons are 14 years apart so my mom used to kid me and say I had two “only” children. The journey with my first son was alone mostly because his father played almost no role in his upbringing. That made the journey challenging.”

She added: “His teenage years were the worst for me as I had no knowledge of the needs of a teenage boy. I really wished his dad understood that, but I was alone on that journey.”

With the arrival of her second son, Tobiere’s life took a number of turns that not many would be strong enough to endure.

“Being a career mom is a difficult journey and sometimes you have to make tough decisions. I gave up the job I loved the most in 2005 with Sandals when I realised that it did not leave time for me to devote to my then toddler as I wanted. It was a most difficult decision. Shortly after my world collapsed when my mom died rather suddenly and my long relationship also ended all in the same year. My life has been a whirlwind of change and challenges since then.”

Tobiere said although her first son loved his new baby brother, jealousy proved to be a major issue but then when her older moved to the UK, the worries for her teenage son in a foreign land kicked in…luckily he fared well.

As for her second son, she said: “His dad is very involved and has been from day one…he is truly a daddy. I must say it was an adjustment going from making decisions by myself about my first son to having to share parenting. It was even more difficult when the relationship ended. Amazingly, the teenage years are better, as not only do I have a better grasp of parenting a teenage boy, but his daddy is there also and that works!”

When The VOICE asked Tobiere what she has learnt from her experiences, she said; “I’ve learnt that as parents we make mistakes as there is no handbook for that, but you pursue it and try to get it right. I think the worst part is having to tell your children you can’t provide all their needs but it is explainable. When the work that you love includes crazy hours, it can prove too much of a challenge sometimes. So it has definitely not been easy. But I would not trade it for anything.”

Tobiere said her tough life lessons have truly awakened the lioness inside of her as she now knows that she can take on the world: “That I am much stronger than I ever knew. I learnt that being independent is absolutely wonderful but sometimes you need someone or some people around who you can lean on, that I really can do anything I set my mind to and that life really is about change and acceptance. When you learn to accept a circumstance for what it is then you may be able to change it, if you can’t you move on. Chalk one down to experience, learn from it and move on.”

She added that the one and only thing she would change about her past if given the opportunity, is that her parents would still be alive. She said: “I’ve enjoyed my experiences even the ones that hurt too much and learned so much along the way.”

Something interesting about Tobiere is that her tiny frame has always been somewhat of a disadvantage on a high level.

She said: “I was the smallest child to go to the St. Joseph’s Convent back then. My mom carried my bag to school that morning as it was too heavy for me. The entire school came to see this little girl. Teachers had to bring in a smaller desk to the classroom and even then my feet could not touch the floor when sitting. For our first class assembly, I stood on a bench so the school could see us (there were three of them with her being the smallest). My mouth had always been much bigger than me.”