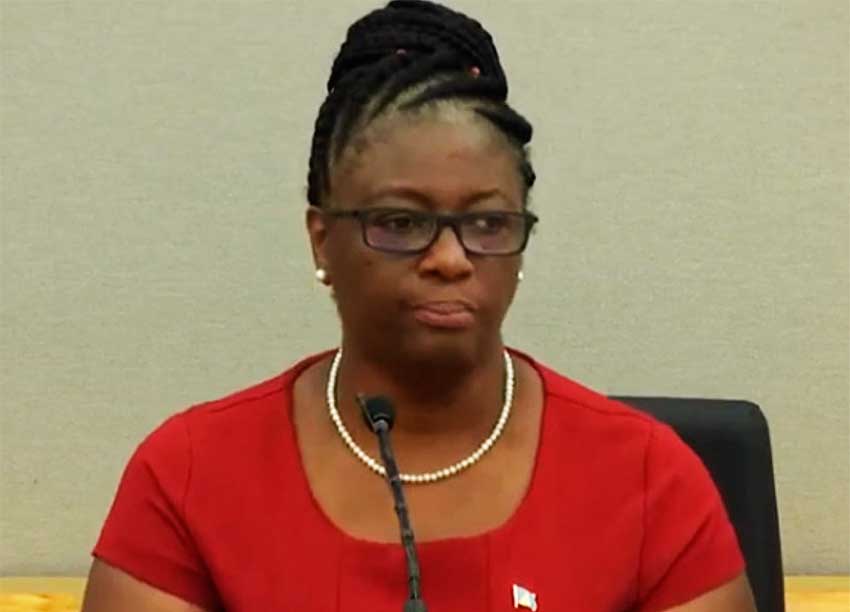 WHEN Allison Jean took to the stand on day 8 of the Amber Guyger trial on October 1st, 2019 she was wearing her son’s favourite colour, red. The mom of three who had just heard the guilty verdict in the case involving a former Dallas police officer who shot and killed her son at age 26, shared with the jury the details of her family unit. She spoke about what life had been like prior to the death of her second child, and how things had changed following his shooting on September 6th, 2018 in Dallas, Texas.

Allison, a Saint Lucian national, shared within her court testimony that each of her three children had about a 10 year age difference between them. She said Botham had been the middle child who brought her two other children together. She referred to him as the “glue between her two kids”. Botham in his mother’s words was a “take charge kind of person”, who she said was always giving advice to his siblings. According to Mrs Jean, he was younger, but treated his older sister Alissa like he was the older brother. “He assumed the role of big brother although she was 10 years older than him,” their mother said.

Allison spoke proudly of her son, letting it be known that at age 11, he placed 23rd in Common Entrance Examinations, out of about 4,000 students in St Lucia.

According to his mother, after high school Botham remained in Saint Lucia for two additional years during which he spent some time working at a manufacturing company.

Harding University is a Christian University with its main campus in Searcy, Arkansas. From his mother’s account, Botham wanted to attend school there because it was related to the Church of Christ, which the family attended, and he would get to continue singing at university.

By the time he was ready to go to university, his sister older Alissa had long left St Lucia. His mother shared that he’d always wanted to be closer to his sister, so that was another reason he chose to attend Harding.

“He was always good with math and accounting, although I wanted him to do engineering,” his mother said, “but he had his head made up and wanted to do accounting.”

Allison and her son visited Harding University in April 2017. On the weekend of their visit, the Spring Sing concert was being held, and Botham’s mother said from the time they got to the campus, Botham seemed right at home.

“He would just leave me seated and say he’d be right back,” she said. “He’d already made friends on just that weekend, and when I saw the way he behaved on campus, I said I can’t disappoint him. I had to find some way to get him there. I found it was very expensive, considering the Eastern Caribbean dollar to US, but seeing how elated he was I had no choice but to accept that he would go to Harding.”

At that point, a prosecutor expressed, “So you made it possible to let your child go to the university he wanted to go to?”

Botham was also involved in the Good News Choir, which would go all over the United States to sing. He was involved in youth ministry, missionary work, preaching, singing, and other outreach efforts in the community.

“He also told me he was part of a group which went out and helped the elderly, cleaned people’s homes, helped elderly people set up their computers…” his mother shared, putting on record that he was also on the rugby team at Harding.

Botham travelled back home to Saint Lucia on several occasions as part of Mission trips which started one year after he went to Harding. He and a group would come to Saint Lucia to work with various organizations and groups, including senior homes and orphanages. The group had come every year since inception of the initiative and even came twice one year.

“There seems to have been seven or more trips to Saint Lucia,” his mother said.