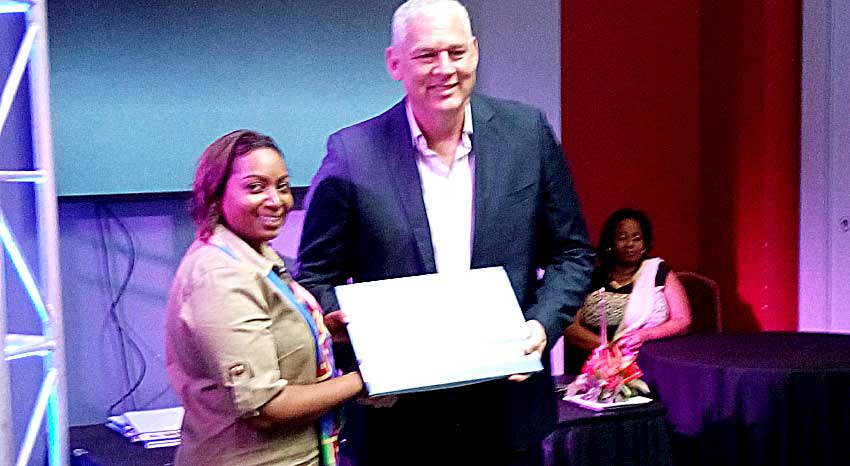 FORMER Permanent Ambassador to the United Nations, MenissaRambally, yesterday launched her book, “St. Lucia: The United Nations Journey 1979-2016”, which chronicles the contributions of several Saint Lucian luminaries to that organization.

Although the book is not meant to be a detailed history of the speeches and other contributions of St. Lucian diplomats and leaders over the years, it is, as Rambally puts it, a “coffee table book” and “a gift from me to the nation.”

She sees the book as “an opportunity for us to reflect on all that makes us special, that makes us great”, and that despite St. Lucia’s tiny stature as a nation, its people are not “insignificant in the contribution that we have made”, a sentiment reemphasized later on, when she said that “the evidence of our collective contribution can never be measured by our size or our population.”

Rambally expressed her gratitude for having served her nation at the United Nations, calling it “a privilege.” She then went on to give her reasons for the writing and publishing the book.

Pointing out how “struck” she had been by the “great illustrations of service” rendered by her predecessors, she credited them for having set the country “on a trajectory that made me proud as a young St. Lucian.”

She said that encouraged by this example, she was inspired “to find some way to capture a piece of history” and put it in “a collection of photography and quotations of distinguished St. Lucians, who left their mark in the great halls of the United Nations.” It was, she said, her own way of paying homage to her predecessors and the other St. Lucian leaders who have spoken at the U.N.

To top this off, she revealed her efforts during her tenure to “join that band of distinguished persons, who served…with distinction”.

She then saluted Sir Julian Hunte, who, due to illness, was not able to attend the launch which was held at the Finance Administration Centre at Pointe Seraphine. Recalling that he was the 58th President of the United Nations (2003-2004), a feat she stated that “propelled him [Mr. Hunte] and St. Lucia to the pinnacle of that institution”, highlighting that this “was one of the very proud moments during our (nation’s) history.”

Rambally also expressed gratitude to her mother, NelistaRambally, whose “unwavering support” she credits for giving her the confidence she needed in times she fell short.

She also mentioned the staff of the Permanent Mission to the United Nations, whom she thanked for being a part of the process as she prepared new the book.

Speaking on the availability of the book, she said that its limited print edition “will be made available to the National Archives, Central Library, Sir Arthur Lewis Community College Library, Open Campus of the University of the West Indies, among others — free of charge as “a gift to the nation.”

She said the contents of the book will be uploaded to the website of the Permanent Mission of St. Lucia to the U.N. and will be available there. It will also be made available for a token fee at local bookstores should there be a demand for it.

Rambally concluded by revealing her hope that her book “will speak to who we are” and will “inspire our nation to find the best in us.” With her parting words, she thanked St. Lucia and declared, “It has been my distinct honour and privilege to serve you, the St. Lucian community.”