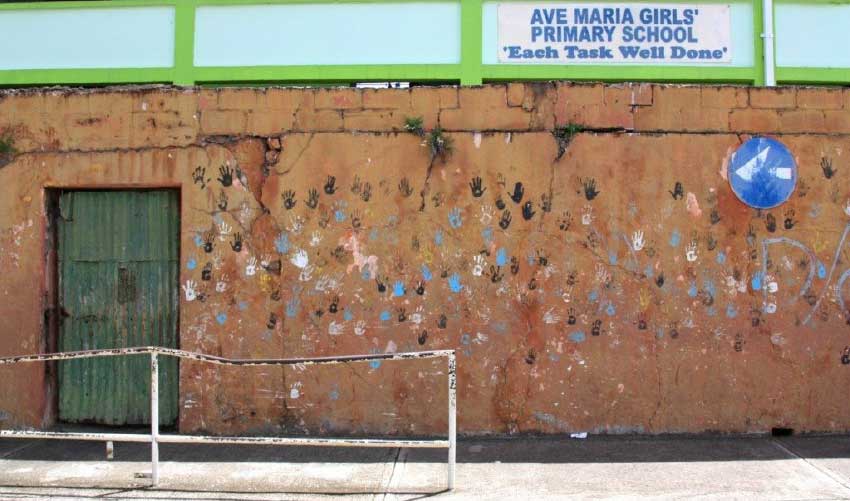 It has been revealed that the Ave Maria Primary and Infant Schools in Castries had failed a fire inspection for nearly 16 years, the primary reason being the vending structures along the sidewalks that blocked the entrances/exits of the schools.

Since the removal of the vendors mid-last year, the schools have been awaiting new fire inspections by the fire department and are hopeful that the results would be different, according to a spokesperson at the educational facility.

Castries Mayor, Peterson Francis, who was instrumental in the removal of the structures and in the relocation of the vendors, pointed fingers at both the present and past administrations for the situation that existed then at Ave Maria.

“We had a situation whereby whenever the children went out of the schools’ fenced area, they would end up with hot oil on them from the vendors frying their foods on the sidewalks. There was no escape route from the school,” Francis said.

Discussions with the schools’ principals and the fire chief moved the Castries City Council (CCC) to do something about removing the vendors.

It was quite a relief for the management of the Infant School, in particular, when the vendors were removed because it presented the principals with an opportunity to put in place the school’s safety and emergence plans and conduct drills with students on the easiest and best way to exit the compound in case of an emergency.

“In St. Lucia, we love to bring politics in what has to be done and both administrations over the years were only concerned not about the welfare of these kids but of the welfare of the vendors because they were of voting age,” Francis said.

Before the intervention by Francis and the CCC, the principals were fighting a losing battle to get the necessary action from the Ministry of Education in getting the vendors removed.

“When we took down these structures, there were more marijuana there more than a plantation,” Francis said, adding that people thought that some of those structures were places from which people were trying to make a living the decent way.

Some of the vendors simply relocated across the street from where they were and while they are not on the sidewalks bordering the school, they are still in very close proximity to the institution.

According to Francis, there will be no vending on sidewalks bordering schools in Castries or in any of the four constituencies under the jurisdiction of the Castries Constituencies Council.