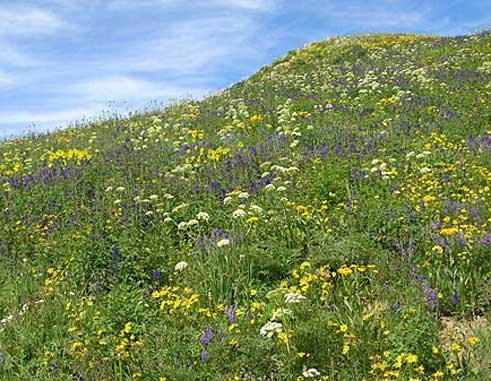 IN the last of three regional assessment workshops, outstanding project results from five Caribbean countries – Antigua and Barbuda, The Bahamas, Jamaica, Saint Lucia and Saint Vincent and the Grenadines enabled the Critical Ecosystem Partnership Fund (CEPF) to conclude that its US$6.9 million investment in the Caribbean Islands Biodiversity Hotspot has yielded positive returns.

The assessment process showcased the diversity of projects and the multiple benefits that have resulted from CEPF grants to civil society organizations in the Caribbean over the last five years. The three workshops were held in Haiti, the Dominican Republic and Jamaica respectively from November 9 – 17. They were organized by The CARIBSAVE Partnership and co-facilitated by the Caribbean Natural Resources Institute (CANARI), two leading Caribbean organizations that promote sound use and management of hotspot’s natural resources and biodiversity.

Just under half of the 77 projects supported in the Caribbean Hotspot aimed to improve protection and management of 45 priority Key Biodiversity Areas (KBAs) in the region, and approximately a quarter of the initiatives supported sought to integrate biodiversity conservation into landscape and development planning.

The results of projects that set out to eradicate invasive animal species on the offshore islands of Antigua & Barbuda and Saint Lucia exceeded expectations as seabird populations quickly started showing signs of recovery. Several projects enabled reforestation and the successful reintroduction of endangered species of flora and fauna in the Dominican Republic and Haiti. One notable project in The Bahamas facilitated the establishment of two new national parks on San Salvador Island. And in Jamaica, sub-area management plans were developed for two key biodiversity areas in the Portland Bight Protected Area. Throughout the hotspot, community groups were engaged and empowered to play an active role in conserving the biodiversity that supports their wellbeing and livelihoods.

The CEPF’s investment in the hotspot also built the institutional and technical capacities of organisations, enabling partners to improve their operational systems and their abilities to fundraise and develop effective communication strategies.

Several grantees said that while the CEPF grant application and implementation process were rigorous, in the end they appreciated the support from the CEPF Secretariat, and the Caribbean Natural Resources Institute (CANARI), which played the critical role of Regional Implementation Team for the CEPF’s investment in the Caribbean Islands Biodiversity Hotspot. Other participants spoke of how CEPF facilitated partnerships among grantees and of the added-value of working together on common themes and challenges.

Given the remote location of some of the areas, some participants stressed that the building of awareness about biodiversity and the transfer of technical know-how to local communities was key to the success of their projects.

“Overall, the portfolio was successful,” said Michele Zador, CEPF Grant Director for the Caribbean Islands Biodiversity Hotspot. “Fourteen of the highest key biodiversity areas have seen positive improvements. In fact, several of the projects are on track to meet ambitious targets, but conservation is a long-term endeavour. We recognize that five years is not enough, so we are hoping to return.”

Outstanding achievements by CEPF partners were recognized at an awards ceremony that concluded the event. In their remarks, Jamaica-based representatives of two of the CEPF’s seven donor agencies – the Government of Japan and the World Bank – recognized the value of CEPF’s investment in the Caribbean, and stated their organizations’ commitment to supporting biodiversity conservation. Mr.HiromotoOyama, Chargé d’Affaires at the Embassy of Japan in Kingston and Ms. Galina Sotirova, World Bank Country Manager, also presented certificates of achievement to all grantees in attendance.