The Taiwan Technical Mission in Saint Lucia has embarked on a mission to improve the local marketing of crops through its seven crops project with the Ministry of Agriculture.

The project entitled “The enhancement of efficiency of the production-distribution supply chains for fruits and vegetables” worked with the Ministry of Agriculture to develop a new application called “iFarm” that will assist farmers and local buyers as well as hotels to sell and market their produce.

The iFarm app designers, Mr. Ian Mitchell and Mr. Robin Schouten, from eMagine Solutions Inc. (Saint Lucia) made a presentation to the Administrative Level Team from the Ministry of Agriculture in order to explain the general workings of the application. There are four main levels of viewing access, these are the public level, the extension officer level, the agricultural regional head and the administrative or management team level. 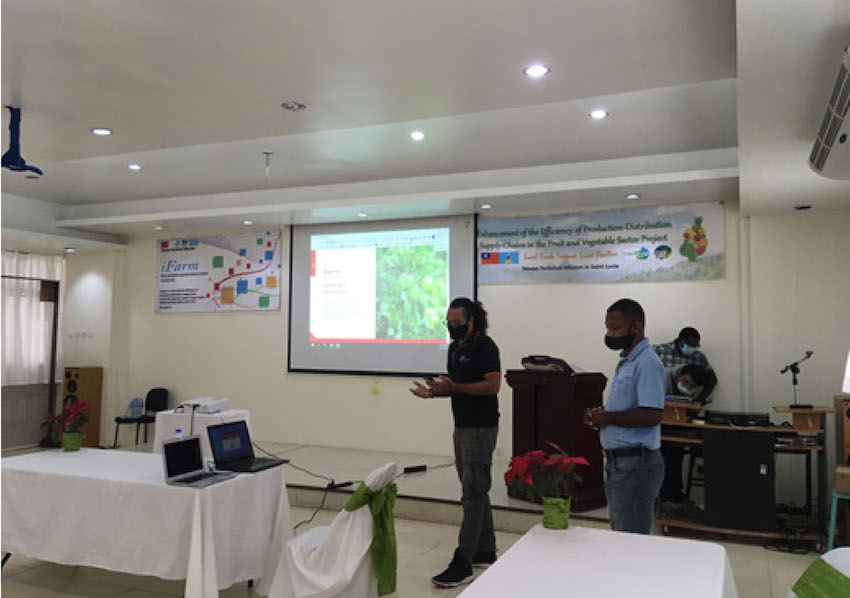 Presenters demonstrated the public level of access, stating that it has been completed and is android and IOS compatible. There will also be a review of the app to be done with the Extension Officers and Regional heads on how to use the app. It gives an overall view of production projections and current varieties being grown. There is no limit to the amount of varieties that can be added to the platform. As time passes, the app will be able to show expected vs actual yields. There is a feature on the menu tab called “crops on the market”, this feature shows all the crops and varieties currently available for sale. To make a sale, the information is routed to the Saint Lucia Marketing Board (SLMB) via notification and the SLMB then coordinates the sale on behalf of the farmer.

In addition to this, all the Ministry’s tech packs have been uploaded into the system, so it auto-generates the planting guidelines like planting distance, expected start of harvest and end of harvest, expected yield in pounds of weight, expected pests and diseases etc. Farmers can also go to the digital tech packs directly for information on how to grow different crops. 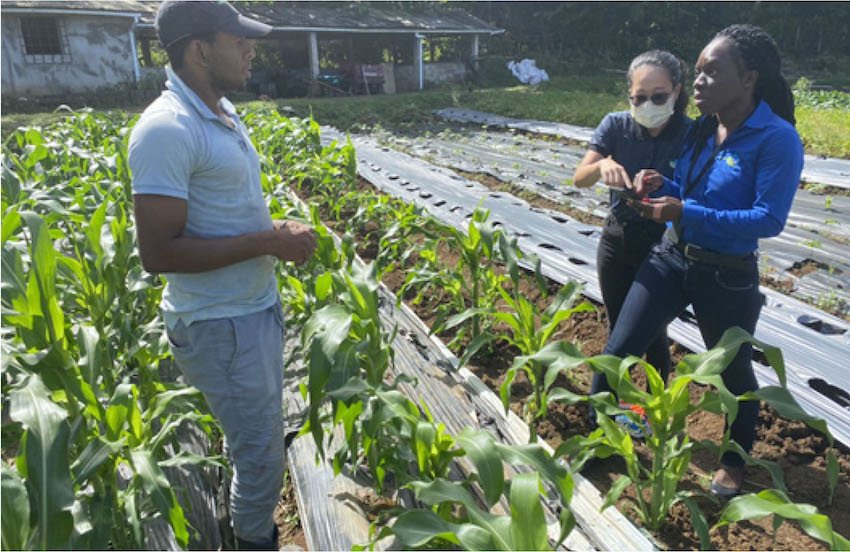 When an Extension Officer logs into the app, his/her dashboard will show all batches of farmers assigned to that officer as well as the expected yields, a list of the farmers names, their skills or areas of production, special notes and the farmer group(s) that they belong to. It will also show details of the plot such as the number of green houses on the plot, machinery that can be used on the farm, farm infrastructure, crops currently in production, production inputs, any losses and loss pictures.

At the end of the training, there will be a graduation of the Extension Officers who participated and an official launch of the app that will happen later this year. The Minister of Agriculture was very pleased with the outcome of this app and thanked the team for helping local farmers to move away from unsuccessful traditional ways of marketing.