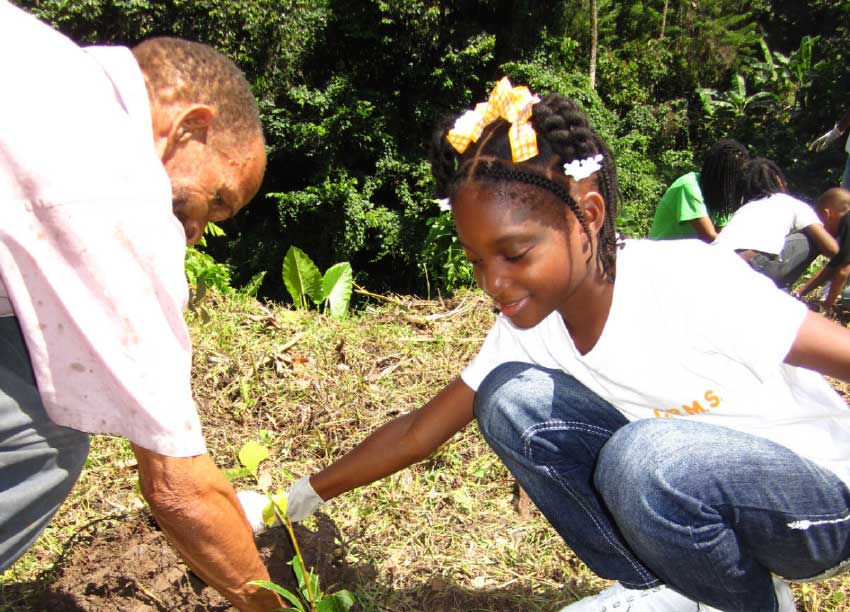 “Forests are the lungs of our land, purifying the air and giving fresh strength to our people.” – Franklin D. Roosevelt

WORLD Forest Day or International Day of Forests is celebrated on 21st March annually. On this day we are encouraged to think more deeply about our forests and what they mean for our society. Forests were crucial to the survival of our ancestors for food, shelter, medicine and protection. Today they are still crucial to our survival in various ways, and the variety of species found in forests are invaluable. The theme for World Forest Day this year holds true: ‘Forest and Biodiversity: Too Precious to Lose’.

Plants and herbs found in different forests have been used to develop drugs to treat medical conditions for centuries. The cinchona tree in South America was used to produce quinine for treating malaria, the curare liana found in America is used to make the drug tubocurarine which is used as a muscle relaxant during surgeries and the Rosy Periwinkle (Catharanthusroseus) which is native to Madagascar contains the drug vincristine for treating leukaemia in children.

Even locally we have aloe vera which contains sap that we use to treat burns, infections and wounds among other things. Watergrass (Commelinadiffusa) leaves are also used to treat high blood pressure and bladder infections. The roots of the pikankouzen (Urenasinuata) are used as an anti-inflammatory treatment and tea from the leaves of glory cedar (Gliricidiasepium) trees are used to treat excessive coughing and asthma attacks.

Plants and herbs from forests have significantly improved our ability to treat medical ailments. However, due to deforestation, many plants and herbs in forests are becoming endangered or extinct. We may lose some critical treatments from undiscovered plants or solutions to ailments which are not yet known. As we have been seeing lately, there are viruses and bacteria which may evolve into new strains that we have never studied and don’t have cures for as yet. People could be bulldozing or burning the plant which contains the cure right now.

Forests are also a crucial element in combating climate change and global warming as they absorb about one third of the carbon dioxide emitted from fossil fuel combustion annually. Each tree planted contributes to the fight against global warming.

Our water supply is also dependent on healthy forests. Trees function as natural sponges, collecting and filtering rainfall and releasing it slowly into water sources such as streams and rivers, and are the most effective land cover for maintenance of water quality. Forests also filter sediments and other pollutants from the water in the soil before it reaches a water source.

Forests play such an important role in the world. We are fortunate to have an extensive rainforest in Saint Lucia with three forest reserves: the Edmund Forest Reserve in Soufriere, the Quilesse Forest Reserve in Dennery and the Castries Waterworks Forest Reserve. Before the end of March in commemoration of World Forest Day, plant a tree which can provide you with fruits as well as provide cleaner air and more oxygen for the environment and consider organizing a hike along one of the nature trails to help relieve some stress caused by the coronavirus (please be mindful of the national regulations put in place to minimize the spread of the virus).

From the treetops to the roots there is an ecological balance in every forest and each species contributes to and benefits from its overall operation. We as humans can make use of the resources from the forest, but we must also respect it and avoid disrupting the ecological balance as much as possible because our forests are too precious to lose.