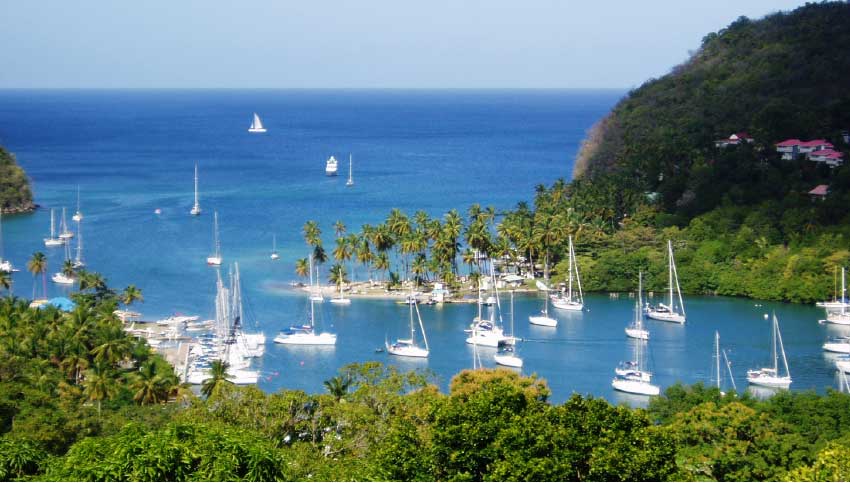 DOMINIC Fedee, Minister for Tourism, Information and Broadcasting, was at the National Emergency Management Advisory Committee (NEMAC) yesterday to address the implications of Coronavirus on Saint Lucia’s tourism sector.

He said that at least one major hotel had decided to close its doors because of the uncertainty and difficulty facing the tourism industry in light of the global pandemic. He said the board of that hotel was discussing what level of compensation would be offered to employees. He said that another major hotel had received as little as 20 % of total guests which were scheduled to visit. He said this was a clear indication of the severity and the complexity of the problem impacting the economy at this time.

“At no time did we place business over the health of the nation. The health and safety of our people came first, and I want to congratulate the Chief Medical Officer and her team for supporting the tourism department in the manner that they have,” Fedee remarked.

He stated that the airline industry was severely affected by the travel ban which will come into effect today. He said this will have implications on at least seven flights a week from British Airways and another four or five from Virgin Atlantic.

In addition to this, the minister remarked, “The biggest deterrents we have for travel now is not the safety of the Caribbean, but the fear of one being quarantined when they come to a specific destination. The other issue is getting stuck on an island, and the third is this growing policy by companies to discourage their employees from travelling, not just on business travel, but on personal vacation time.”

Fedee said that several hotels were currently being surveyed through the Tourism Authority in order to obtain a scientific indication of the problems they face in the crisis. He said that travel agencies, store operators and airline companies were also in constant contact to get first-hand knowledge as to how the market was responding to the pandemic.

“The confidence of the hotel community therefore, within the context of this crisis is one that is extremely bleak,” Fedee intimated.

He went on, “The travel industry is doing as much as it can to survive in this rather perilous time. I want to tell you that in spite all of this, the tourism community has been nothing but noble and good spirited in the whole response to the crisis that is taking place.”

He said the Tourism Enhancement Fund has offered to use its funds to assist with expenses required for the tourism recovery process.

In addition to the challenges highlighted by the tourism minister, Prime Minister Allen Chastanet, in his turn, said the insurance policies of most of the hotels that he has communicated with do not apply to pandemics.

On that note, the Prime Minister said, “Any efforts that they’re going to be making are going to be directly from them. And I just want to reiterate what the minister said; the level of cooperation and empathy that we’ve been seeing coming from the community is tremendous.”

Despite the challenges facing the hospitality sector in Saint Lucia, Chastanet announced that two hoteliers have agreed to use their facilities to support the local population during the coronavirus pandemic.