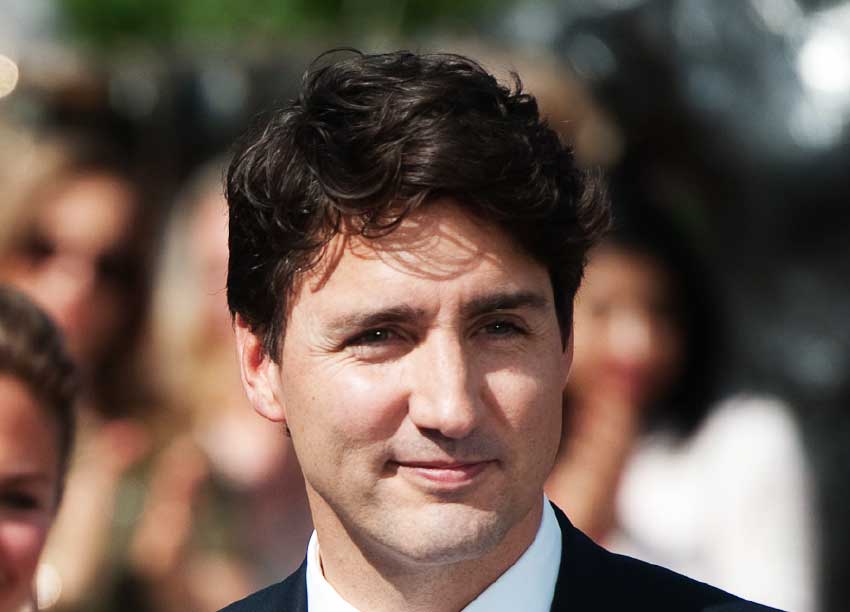 CANADIAN Prime Minister Justin Trudeau will travel to Bridgetown, Barbados on February 17 and 18, to participate in the Conference of Heads of Government of the Caribbean Community (CARICOM) to build even stronger ties with the region.

The Caribbean region and Caribbean states are important political, economic and cultural partners of Canada, and the visit will serve as an opportunity to further strengthen its partnership with this regional grouping of 20 Caribbean member states and Associate Members, and nearly 20 million people.

The Prime Minister will discuss challenges of mutual interest, including protecting oceans and the environment in the fight against climate change – in a region that is particularly vulnerable to its impacts, as well as creating good jobs for the middle class and sustainable economic growth.

Prime Minister Trudeau will participate in group discussions and bilateral meetings with CARICOM leaders. He will be received by the Prime Minister of Barbados, Mia Mottley – the current Chair of CARICOM and host of this meeting.

As Canada pursues its candidacy for election to the United Nations Security Council in 2021-2022, we will continue to advance shared interests to benefit people and businesses in Canada, the Caribbean, and around the world.

“Canada and Caribbean countries have always had strong relationships and almost one million people of Caribbean descent live in Canada,” the Canadian Prime Minister stated. “These relationships are based on shared values and partnerships in the fight against climate change, the promotion of democracy, trade, economic growth, and security. I look forward to meeting the leaders of CARICOM to discuss how we can work together to strengthen the Caribbean, and build a better world.”