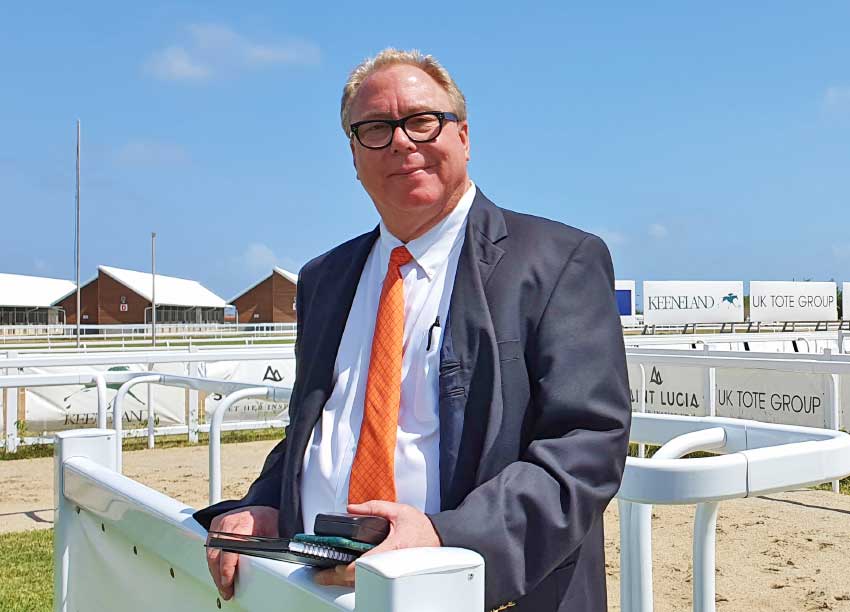 ONE of America’s most recognized thoroughbred minds has been appointed as the Chief Operating Offier for the Royal Saint Lucia Turf Club. Ben Walden Jr. has immediately joined the management team of the Club with the first race day under his care being this Sunday’s Independence Day Race Day.

In a career defined by high achievement, Mr Walden has established, developed and successfully run a series of high profile businesses in the United States headlined by Vinery Stud, Grace Field, Hurricane Hall and Pauls Mill; been a consultant to Frank Stronach in the commercial operations of Adena Springs; been a racing official across a portfolio of roles at tracks such as Keeneland, Churchill Downs, Ellis Park, Delaware Park, Laurel Park, Meadowlands, Oaklawn Park, Monmouth Park; bred 107 individual stakes winners; and been a long time successful racehorse owner and has a detailed understanding of the needs of owners and trainers.

“Ben Walden comes to Saint Lucia with a wealth of knowledge and experience and we look forward to his contribution here,” said Teo Ah Khing, Chairman of the Royal Saint Lucia Turf Club.

“This is an industry built on relationships and our Club is working diligently to be part of the local community as well as the international racing community. Ben is going to be integral to growing these relationships as well as mentoring the young Saint Lucians who are entering this new industry.”

Mr Walden is focused on contributing to key areas of the Club, including its community and corporate responsibility initiatives which are run under the banner of the Winston Trim Training Programme. Community work and education are pillars of the Royal Saint Lucia Turf Club which continues to foster talented young men and women from Saint Lucia.

“Upon a complete briefing by Teo and Ivy on the master plan for the Royal Saint Lucia Turf Club, the surrounding development, and for the people of St. Lucia…there was not a shadow of doubt that all of my past experience in the horse business had prepared me for such a time as this, in such a place as this, for such a project as this. Elaine and I are honored to join this corporate family. I am also most excited to be developing the new curriculum for the Winston Trim Equine School for young Islanders, to teach them to be fine horsemen and horsewoman, and to include a mentoring program.”

The appointment of Mr Walden follows the creation of an Events Management Team which is led by Ms Jemmina Conchon.

The Royal Saint Lucia Turf Club launched the world’s newest thoroughbred racing industry in December 2019 with a showpiece racing event that included the Caribbean’s richest race, the USD150,000 DSH Caribbean Star Pitons Cup. The occasion also launched the first stage of the nation building project, the Pearl of the Caribbean.