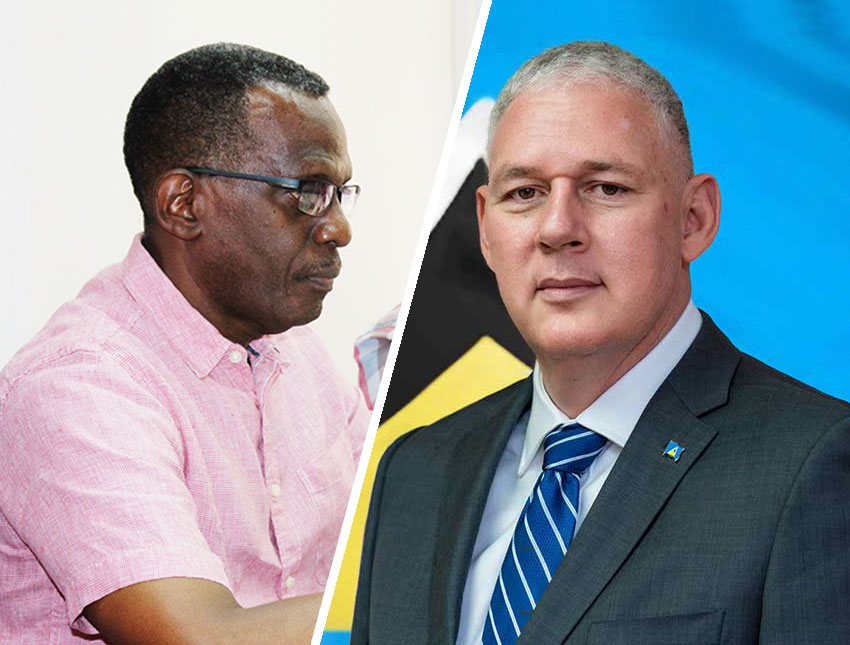 THE Opposition Saint Lucia Labour Party (SLP) heads to Parliament on Tuesday with a No Confidence Motion that it knows it can’t win on its own. But is counting entirely on the hopeful possibility that its motion will be supported by at least three members on the Government side.

Opposition Leader, Philip J. Pierre says his six MPs are all ready to debate the Motion of No Confidence in Prime Minister Allen Chastanet when the House next meets.

“I am pleased to announce that last time I spoke to the Speaker, he told me that the Motion of No Confidence in the Prime Minister will be debated on 29th January, 2019,” Pierre told a news conference Wednesday.

“However,” he added, “one should not be surprised if there are continuous efforts to frustrate the process by the Prime Minister.”

The Opposition leader called on all Saint Lucians to listen attentively to the arguments and urge their Parliamentary Representatives to vote in favour of the motion.

In his opening statement entitled ‘Let Your Conscience Be Your Guide‘ (See Page 8 ), the Castries East MP told reporters that since the No Confidence Motion was submitted to the Clerk of Parliament in November last year, “the Prime Minister and his public relations people have been thrown into a tailspin.

“First they tried to ridicule the Motion, but this failed because (similar) Motions of No Confidence were also presented in St. Kitts and Nevis, Guyana and England.”

He also recalled that “in the last Parliamentary term in Barbados, then Leader of the Opposition and current Prime Minister, Mia Mottley, had also presented a Motion of No Confidence in the Parliament,” Pierre stated.

Pierre asserted that having failed in their attempts to ridicule the Motion, “the Prime Minister and his public relations people devised a self-promotion and ‘project dazzle and bluff plan’ to attempt to fool the people again.”

“So, the Prime Minister suddenly gives his first New Year address in three years and makes pronouncements which all of us know are not factual. Then, the Prime Minister and his PR people suddenly start announcing the start of projects which were stalled for the last two-and-a-half years, but with only designs and plans — but no processes — to ensure accountability and transparency.”

However, the SLP leader declared that “none of these has stopped the momentum” of the Motion of No Confidence.

“Saint Lucians both home and abroad are taking a keen interest in the upcoming debate. They are anxious to see if any Minister would vote with their conscience and register their vote against the policies of the Prime Minister,” Pierre told reporters.

There is indeed much public interest in next week’s debate, which will be broadcast live on NTN, the state television service.

As indicated by the Saint Lucia Opposition Leader, Motions of No Confidence have recently been held in parliaments in Barbados, St. Kitts and Nevis and Guyana, as well as in the UK.

In the Guyana case, the Opposition scored an unexpected victory in the one-seat government-majority parliament when one Government MP voted in support of the opposing motion.

The Saint Lucia Opposition is hoping for the same luck, but three times as much. However, there’s a difference in the Saint Lucia case.

Indeed, Pierre’s statements have verified this difference, with the Opposition Leader repeatedly saying (including in his related statement issued at a press conference earlier this week) that the Opposition’s hope is that Government MPs will “vote with their conscience” and effect a change of Prime Minister from within.

“Essentially, the Opposition’s Motion can be described as an ‘anti-Chastanet’ one instead of one that is expressing No Confidence in the entire government,” the observer, who has much local parliamentary experience, told The VOICE.

But more hardline elements within the SLP don’t fully support the singularity of the Opposition Motion’s intention.

As one holder of such a view explained to The VOICE: “It’s the UWP that we oppose and it’s the entire UWP that has failed the country in the last two-and-a-half years, so we cannot just blame Chastanet and forgive all the others in his Cabinet. It doesn’t make much sense to me as, if they do what we are asking, the UWP will still be in office and on our backs.”

The Lucian People’s Movement (LPM) supports the Motion, but its leader, Therold Prudent, feels the government MPs will close ranks behind Prime Minister Chastanet, if only in their own self-interests.

He recently said “the gravy train” will ensure all Government MPs vote to maintain their positions in power and office.

However, the Government and the ruling United Workers Party (UWP) have remained mostly silent on the Motion.

No press release or statement has been issued since House Speaker Andy Daniel confirmed the Motion will be presented and debated at the next sitting on Tuesday.

However, as the day draws near and interest mounts higher, it is expected that the two sides will engage, if only briefly, ahead of the crucial debate and vote on whether the House has confidence in the Prime Minister.