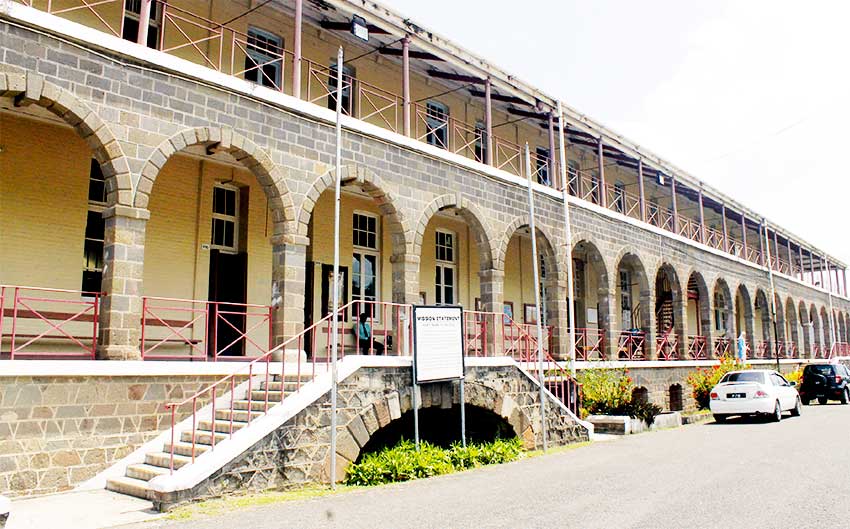 THE Teaching Service Commission (TSC) on Friday appointed Nereus Auguste as the new vice-principal for St. Mary’s College for the period ending December 31 this year, an action that may not sit well with the St. Lucia Teachers Union (SLTU).

Auguste has been teaching at the College for more than 20 years and is Head of the Mathematics Department.

The appointment comes amid an ongoing fuss between the union and the school’s Board of Management over the non-confirmation to the post of Don Howell, who acted in that position from September last year to August this year.

The appointment of Auguste could elevate the spat between the two bodies into a full-scale industrial warfare as the union, through its president Julian Monrose, made it clear that its members would be put on high alert if the situation deteriorates.

In an interview with this newspaper last week, Monrose described the appointment of another person to the post as “very unfortunate” and “something the union will have to deal with”.

The union believes that the high ratings Howell received on his appraisal forms for his acting stint are enough to have him confirmed in the position, more so since the Ministry of Education is also on record as saying it is considering the promotion of Howell to vice-principal of the college, a consideration supported by the District Education Officer.

The Board of Management was of a different consideration and informed Howell that while it could not support his confirmation to the post, it was prepared to endorse him remaining as acting vice-principal for another academic year upon certain conditions.

Howell, in explaining why he could not respond to the Board in the time given him to do so, said he would be seeking legal advice on the way forward.

Monrose has accused the Board of being anti-union, something the Board has denied.

Monrose also took on the Commission, stating that for the Commission not to have confirmed Howell in the post with such an excellent assessment of his past year means that the Commission was allowing itself to be influenced by the Board of Management. He accused the Board of holding up the confirmation process, something the Board also has denied.

On matters pertaining to appointments to the teaching service, the Commission’s regulations state that the Commission shall consider relevant qualifications and training, relevant experience, authoritative reports on conduct, character and ability of applicants.

The regulations also state that the Commission shall consider comments and recommendations of the permanent secretary, Board of Management or relevant authority.

With regards to temporary acting appointments, such as Auguste’s, the regulations note that when such acting appointment is known to be temporary, the person appointed shall normally be the senior qualified and/or graduate teacher in the school or institution concerned.

The Teaching Service Commission Act also notes that in the case of the appointment of a member of the staff of such school, the person selected shall be an “approved teacher” meaning a teacher who in the opinion of the Board of Management or Relevant Authority is suitable for appointment as a teacher for such a school.

The Teaching Service Commission Act states that before any person is appointed to hold or act in any teaching post of an assisted school (St. Mary’s being one such school), the Commission shall consult with the Board of Management or Relevant Authority for the school to which it is intended that such person should be appointed.