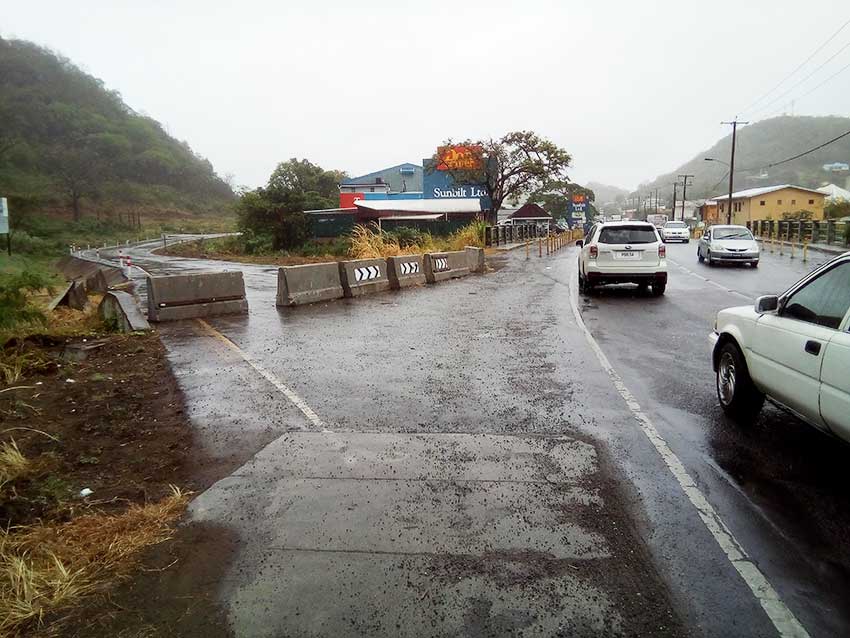 PLANS for a four-lane highway in and out of Gros Islet are still on the table but will be suspended for now as government looks to ease traffic congestion on the busy Castries to Gros islet Highway.

Infrastructure Minister Stephenson King on Tuesday updated reporters on plans for the much-used northern highway, noting that the rescheduled plans placed greater emphasis on bypass roads in the area, to help ease congestion.

Traffic congestion on that thoroughfare has been much talked-about by both motorists and government for the past several years with no concrete solutions implemented.

Just last week, Government commenced public consultation on what it called an Improvement Soft Solution Project for the Castries/Gros Islet Highway. The first leg of the consultation was held two weeks ago.The main objective of this project is to bring immediate relief to the traffic congestion presently being experienced on the Castries/Gros Islet Highway.

Chief Engineer in the Ministry of Infrastructure, Albert Jn. Baptiste, said congestion relief on the Castries/Gros islet Highway is a key priority in the Ministry’s transport strategy for the 2017 fiscal year.

One soft measure under contemplation by the Ministry, King said, is whether to outlaw right turns off the highway as such moves hinder the speed of traffic, north or south -bound.

Another measure under consideration is whether to lengthen exit lanes to include as much as six, seven or eight vehicles. Exit lanes presently accommodate two vehicles.

According to King the exit lanes being looked at are those at the Marisule junction into Grande Riviere, another at the Glace junction and probably the one at Galaxy Gas Station junction at Bois D’ Orange.

“All of these are options we are looking at. Some of them will cost no money whatsoever, some will cost some investment in that we will need to widen some aspects of the road,” King said.

The Ministry of Infrastructure is looking at the bypass road at Bois d’ Orange, in particular, to help ease congestion on the Castries/Gros Islet Highway. That bypass road, which takes motorists to Corinth, Grand Riviere, Union, Balata, Babonneau and Castries, is presently closed.

“Once we get the roadway electrified then in the coming weeks we should open that bypass at Bois d’ Orange,” King said.

He added: “We are hoping that with the reopening of the bypass road we will see some relief of traffic along the Castries/Gros Islet Highway.”

According to the Minister, improving the country’s road bypass system is now the new imperative of the Ministry of infustraccture. He spoke of bringing these roads up to a standard that would ensure they would be well trafficked.

He said that if these roads were appealing, motorists will not restrict themselves to using the Castries/Gros Islet Highway.

King said there are too many vehicles on the country’s roads and is encouraging St. Lucians to look at other modes of transportation, like a park and ride system, and purchasing more motor cycles of the type that makes for traffic maneuverability.

“The number of vehicles coming into St. Lucia has always been a concern, moreso the number of used vehicles,” King said.

He also urged people to consider their environment and the effects of carbon emissions.