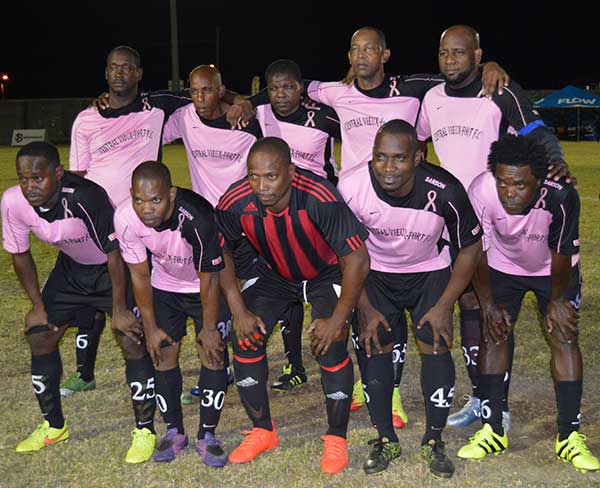 THE finalists in this year’s Veterans Football Tournament/Caribbean Alliance Cup have been confirmed. Former champions VSADC, waltzed into the February 4 final with a hard-fought 3-nil victory against Micoud the Phillip Marcellin Grounds in Vieux Fort on Sunday evening, and wil meet Central Vieux Fort in the finals.

In front of an estimated 1,200 football fans, the former cup holders were at times dominated by their opponents Micoud until they got an advantage when David Charles (Micoud) was shown a straight red card by Referee Richard Bryan in the 34th minute of play for pushing VSADC player Benjamin Belizaire. 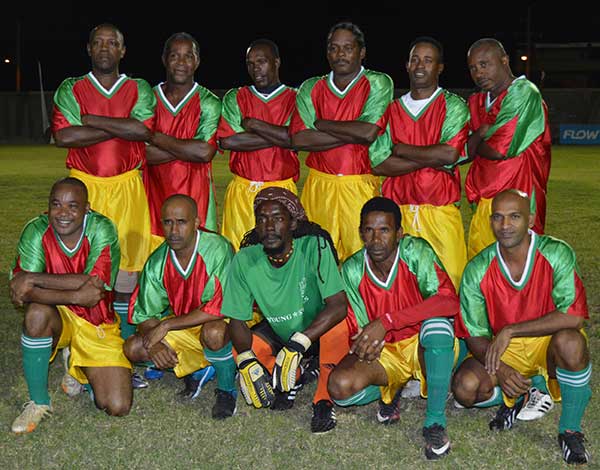 VSADC striker Barnett Bledman opened the scoring in the 40th minute with a powerful right foot shot. The ever-dependable Mathius Jules made it 2-0 in the 47th minute while AlphonsusAmedee pulled one back for Micoud in the 69th minute. VSADC’s Dean Jean continued his good run on form in this year’s tournament by extending his team advantage with a well-struck volley in the 90th minute.

Central Vieux Fort also landed a spot in the final, their first-ever in the tournament’s history, with an 8-7 win via penalty shootout over Soufriere after the scores were locked at 2-2 at the end of regulation plus 20 minutes of extra time. 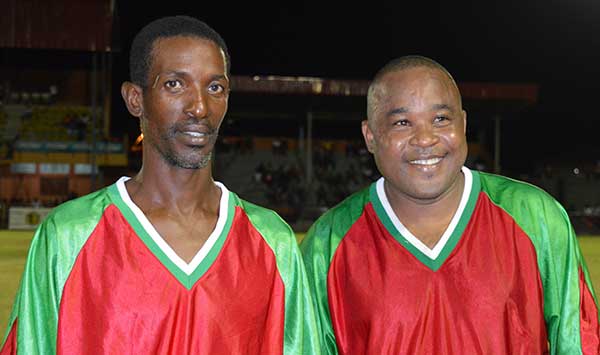 Jerome Serville put the defending champions Soufriere ahead in the 14th minute from a cross he received from a free kick. CVF’s Andy Jn. Baptiste made it 1-1 in the 30th minute but Soufriere went on to suffer a major loss when Dabreo Henry was shown a red card by Referee JhandPolius in the 39th minute after being shown a yellow in the 21st minute.

On the resumption, Serville put Soufriere in the lead for the second time in the encounter with a right foot shot that eluded CVF goalkeeper Jeff Emmanuel in the 58th minute. By then the celebration had commenced in the stands by the Soufriere supporters.

Central Vieux Fort striker Titus Elva was shown a red card by the referee and it was all to play for. With added time, CVF was back in the game when they were awarded a penalty after a Soufriere player committed a foul against Andy Jn. Baptiste.

CVF’s Jean Joseph stepped up to the penalty spot in the 93rd minute and ensured his team got the much- deserved equalizer and also send the game into extra time. Both teams were unable to score during extra time. 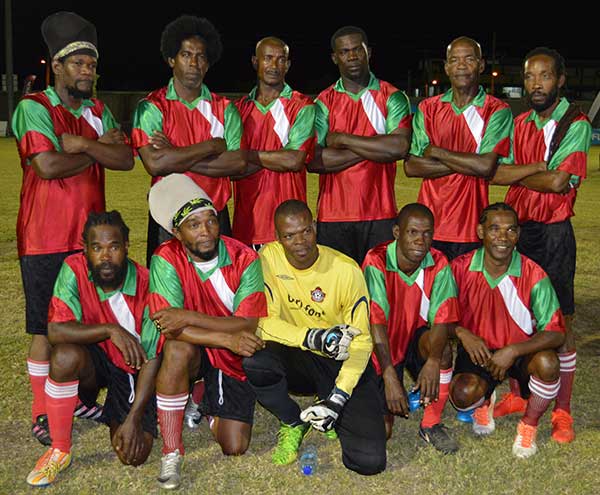 Meanwhile, on Saturday evening in the FLOW Plate semifinal matchup, Anse la Raye and Vieux Fort South booked their spots into the finals with victories over Laborie and Gros Islet respectively.

The Laborie Veterans were trumped by Anse la Raye 2-1 with goals from Narcisse Mitchel in the 30th and Aloysius Sydney in the 35th minute respectively while Nixon Donatien scored Laborie’s lone goal in the 82nd minute.

In the second semifinal, Gros Islet never came to the party against Vieux Fort South following their 8-0 drubbing of Mon Repos Sharks last week. Their defeat was also compounded by the number of scoring opportunities they squandered. 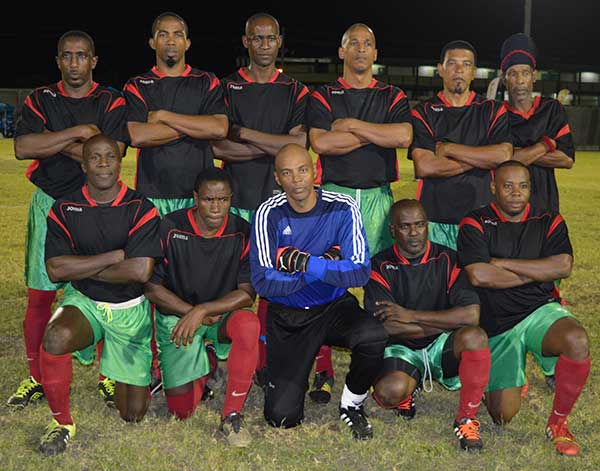 Vieux Fort South opened the scoring through Jefferson Jones in the 32nd minute to take the lead at half time.

In the second half TrevorModeste’s double strikes in the 73rd and 77th minutes took away Gros Islet’s hopes of reaching the final.

Gros Islet captain and current senior national men’s coach, Francis Lastic, pulled one back for his team in the 88th minute, a little too late. Tryon Clarke added his name to the score sheet as he put the issue beyond their reach with a 92nd minute goal to seal victory. 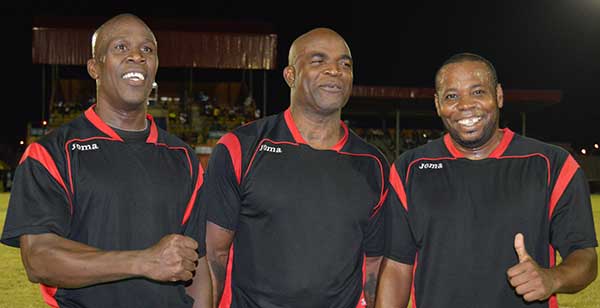 This Saturday at the PMG, for the third place silverware, Gros Islet come up against Laborie at 6:00p.m. whileAnse la Raye play Vieux Fort South for the championship.