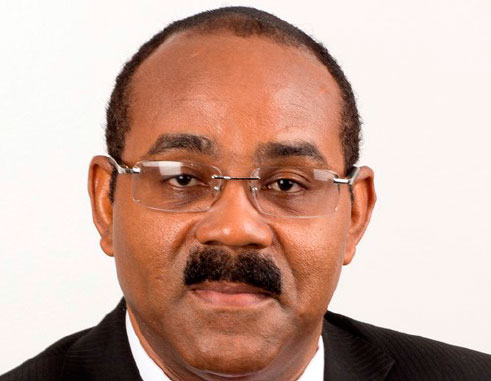 ST. JOHN’S, Antigua, Oct 24 – The majority of people in Antigua and Barbuda supports the country replacing the London-based Privy Council with the Caribbean Court of Justice (CCJ) as its final court, but the figure “marginally achieves the margin necessary for this measure to pass,” according to the findings of an opinion poll.

The poll conducted by the Barbados-based Caribbean Development Research Services (CADRES) in September and obtained by the Caribbean Media Corporation (CMC) showed that 65 per cent of those questioned “will vote “For” the CCJ, while 35 per cent will vote “Against”.

Last week, Prime Minister Gaston Browne hinted at the possibility of “calling off” the national referendum to determine whether or not the island should replace the Privy Council with the Trinidad-based CCJ as its final court.

“We have always taken the position that we reserve the right to call off the referendum. So if per chance we do a poll later in the year and we are not up to the 67 per cent, we may just decide to call it off, I am not saying any such decision has been taken,” Prime Minister Browne said.

In August, Browne said he had agreed to an opposition request to extend the timeframe for public discussions on the issue indicating that a referendum on the matter would now take place by March next year for the latest.

Winding up debate on the Constitutional Referendum Bill 2016, which he piloted in Parliament Prime Minister Browne said he hoped the extension is not being utilised to frustrate the process.

He said the referendum vote, which had originally been announced for October 27, would be extended “to early next year, January, February, perhaps no later than March of 2017”.

CADRES said that the poll was conducted as the ruling Antigua and Barbuda Labour Party (ABLP) administration celebrated its second anniversary in June 2016.

“At this time the political environment seems to have been complicated by a looming referendum which both political parties support, along with well-publicised instability in the opposition United Progressive Party (UPP), the pollsters said.

CADRES said the methodology used to conduct the survey is consistent with others it has conducted in Antigua and Barbuda, and would be expected to achieve a margin of error of minus or plus five per cent with respect to the mainland of Antigua.

It said that 800 people were questioned in all 16 constituencies across Antigua based on a standard interview schedule that sought information on major national and political issues.

“The views of the Antiguan public on the CCJ are of interest now and the survey explored the different positions voters intend to take,” CADRES said, noting that respondents were asked two related questions in the survey which sought to establish their views on the CCJ as distinct from how they expected to vote on this issue and it is significant that there is a close relationship between these two sets of data.

“If; however, the positive responses with respect to voting intention are isolated 65 per cent of persons who now plan to vote will vote “For” the CCJ, while 35 per cent will vote “Against” which marginally achieves the margin necessary for this measure to pass.”

CADRES said that in addition to the “Yes” and “No” responses, “respondents were also offered the opportunity to state that they were unsure, wouldn’t vote or simply that they would prefer not to say what their intentions were.

“This reality demonstrates that 30 per cent promised to vote for the CCJ, while 16 per cent will vote against it and cumulatively 55 per cent were either not going to vote or were unsure how.

“A majority therefore supports the initiative but there is no guarantee of a two-thirds majority now. In addition, while this issue has not been politicised the largest cohort of opposition is among UPP supporters (30%), while 11% of ABLP supporters also oppose the move,” CADRES noted.

The CCJ was established in 2001 to replace the Privy Council as the region’s final court, but while most of the Caribbean Community (CARICOM) countries are signatories to its Original Jurisdiction, only Barbados, Dominica, Guyana and Belize have signed on to the Appellate Jurisdiction. The CCJ also serves as an international tribunal interpreting the Revised Treaty of Chaguaramas that governs the 15-member regional integration movement