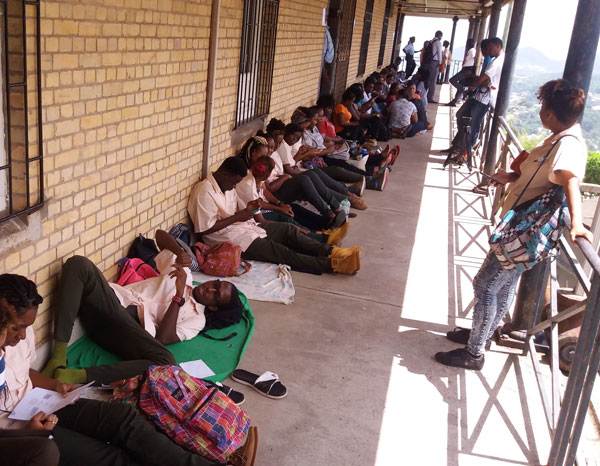 A group of students of the Sir Arthur Lewis Community College made a strong statement Friday protesting against conditions at the institution.

Some 60 students took up positions outside the Principal’s office in protest over being relocated to the George Charles Secondary School in Cul de Sac because of mould infestation in their own building.

Among the protestors were students from the Nursing Division, the Bachelor’s in Education course, Primary School Division for Teachers College and the agriculture Department.

A spokesperson for the protestors said while they had been attending classes at the George Charles Secondary for the past three weeks, and acknowledge that this was only a temporary move, they were not seeing any end in sight to their plight.

She also highlighted a number of other problems facing students at the Community College.

More details of that story in THE WEEKEND VOICE