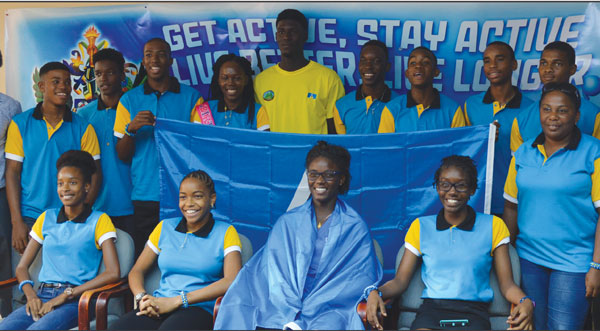 It took me a while to decide whether I should even pen what can best be descried as “Our Backward Thinking”. First off all, let me state categorically I am not affiliated to any political party, nor politician. But one thing is certain: I have a passion for sports and sports development of our young aspiring sportsmen and sportswomen and country on a whole. So I will not condone or even support the getting rid of individuals who gets the work done regardless of their political affiliation.

This cognitive bias is an occasional problem; it is a systematic source of errors. The man at the centre of it all is Dr. Anthony George, whom I can now refer to as former Acting Permanent Secretary in the Ministry of Youth Development and Sports. Dr. George no longer holds that position in the above- mentioned ministry as of August 31.

In my view, this is political discrimination against someone who was employed by another political party / government. It happens across the board, it’s habitual, its customary and we as a country need to move away from such.

I see the removal of Dr. George as a faded light nationally.

Rolling back the years, that type of behaviour is well-documented: Men and women regardless of party, with good intentions who have the country at heart, up being a burden to an incoming government.

As a Saint Lucian and a former sportsman / marathoner, it’s certainly a time I will never forget. You can call it what you want, but I see it as discrimination and it is never right in any form.

In my entire sporting career that spans a little over four decades, I have never seen a permanent secretary with such energy who has the following of the young people, he had to be something special. It was like Moses trying to free his people from Egypt, from them from bondage.

Whether Dr. George’s intentions were good or not, based on his actions, his interpersonal skills, energy, motivation and one-on-one with the young people, he is now no more,

St. Lucia is considered a democratic country, we all should be able to practise our political beliefs and have freedom of speech as well. However, getting rid of a man who has won the hearts of so many sportsmen and sportswomen including parents, is not the wisest thing to do. Like anything else in life, he is not perfect.

Politics and sports are never a one-way street and perhaps this is the most spectacular political blunder in sports ever in St. Lucia. It’s even worse when we select the wrong team to represent us at a regional and international event.

I have always clamoured for national sports federations to stay out of politics. In my opinion, that state of affairs is an excellent reason for all sporting organizations to lobby the present government for the return of the former Acting Permanent Secretary.

Don’t let down the young and aspiring sportsmen and sportswomen this time around. For once they have move from point A to point B with a sense of pride and urgency. Give them what they deserve because for too long they have been crying out for help and to cut that umbilical cord suddenly leaves a lot to be desire.

I rest my case.