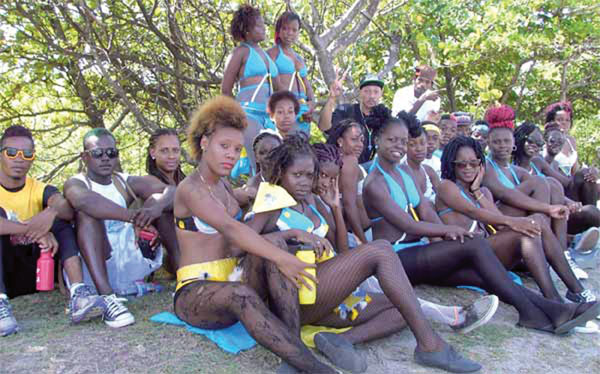 THIS year’s carnival is long over but already one community is looking ahead to next year’s celebrations.

Carnival in Vieux Fort in recent years has been hampered by a range of issues. The failure of various organizations in the town to honour their commitments to their sponsors and creditors, coupled with ongoing divisions in the community have affected the growth of the festival there.

Chairperson of the Vieux Fort Carnival Committee, Nyola Prescott, who was elected to the position last year, reports, however, that there has been some improvement as it relates to the payment of prize monies to the carnival bands.

She said three to four years prior to when she took up the leadership of the committee, the bands were not paid their prize monies.

“We never knew what was happening to our prize monies…” she said.

Prescott said she has expressed her concerns at various meetings in the past, but some people felt that she wanted to know too much. She added that those people who supported her only complained after the meetings.

Before becoming a committee member Prescott was the leader of a band which won the “Band of the Year” title in VieuxFort in 2010 and 2012, but she said her band never received its prize money.

Another band leader who did not want to be identified told THE VOICE that his band had experienced the same problem.

Prescott promised that this was about to change under her stewardship.

“Last year we paid all the bands their prize monies after deducting our expenses,” she said. “This year we have reviewed our budget and will be paying more money to the bands than they were paid in the past.”

Prescott said she is now awaiting funding from the Carnival Planning Management Agency (CPMA) to do so. She said this delay had also affected the staging of a Queen show in Vieux Fort this year.

Commenting on the difficulties in obtaining sponsorship and other forms of assistance from the business community in Vieux-Fort, Prescott said that some business houses had blamed their inability to support the festival on the fact that various organizations in the town had owed them monies for several years.

“Some even tell us that they do not support carnival,” she said.

According to Prescott, the lack of togetherness in Vieux Fort is also doing much harm to the development of carnival in the southern town.

“There is no togetherness in Vieux Fort. Everybody is fighting each other down”, she said

Prescott said initially she was reluctant to take up the position of chairperson of the Committee, but was urged to do so by band members because of their confidence in her.

“My job is very difficult….I am in it because I love carnival and will do anything for it,” she said.

Prescott said she has been criticized by people who have no interest in the development of Vieux Fort and cannot make a positive contribution to its development.

“Some people criticize me on social media but I am not bothered,” she said.

According to Prescott, her future plans are to take carnival to the schools in the area and put some creativity in the making of costumes.