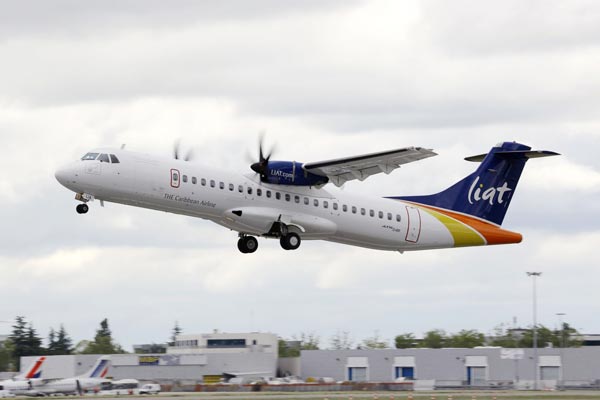 GEORGETOWN, Guyana, Jul 5, CMC – St. Lucia’s Prime Minister Allen Chastatent has underscored the importance of transportation to the regional integration movement insisting that the regional airline, LIAT, should be liberalised.

Chastanet, who is attending his first Caribbean Community (CARICOM) heads of government summit, told reporters that the cash-strap airline “needs to operate in the context of the private sector”.

The major shareholders of the airline are Antigua and Barbuda, Barbados, Dominica and St. Vincent and the Grenadines. But the company, which has been suffering tremendous losses over the years, has come in for much criticism from the Caribbean travelling public over poor customer service, delayed and cancelled flights and overall high costs of airfares to its destinations.

“I think the civil aviation authorities are regulatory agencies in terms of safety but they should not be regulatory in terms of commercial action,” he said promising to hold talks with his colleagues on the matter.

“We have a very clear idea in terms of what we hope to achieve and we intend to do it very quickly,” said Chastanet.

Calls by the major shareholders for other governments to participate in LIAT in the past have not been successful with many regional leaders making references to the airline’s financial situation among other concerns.