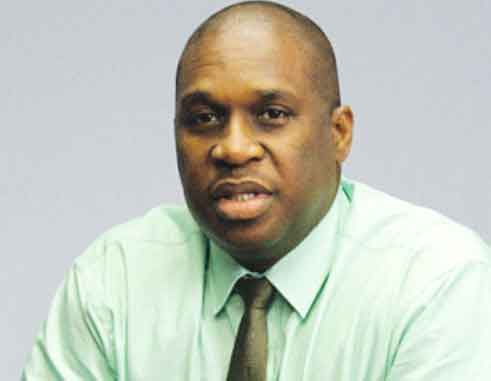 SAINT LUCIA’S tourism product continues to reap tangible rewards and attract the attention of visitors from the island’s key market segments. All this despite challenges faced in a global market in which fortunes literally change by the minute.

Director of Tourism, Louis Lewis, says that while 2016 continues to be a challenging year, including losing business to the threat of the Zika virus, Saint Lucia’s market share in its number one market segment – the United States – continues to grow.

However, Lewis says that since Saint Lucia’s product is priced in U.S. dollars, the island’s European market has been affected, particularly the U.K. In the case of Canada, against whose currency the U.S. dollar is very strong, Lewis say, travel “will become comparatively more expensive”.

While sourcing adequate airlift and economic recessions have been major headaches in previous years, Lewis says new challenges will always pop up in the marketplace requiring a continuous system of implementing strategies to counter them.

Commenting on the flow of travel worldwide in a U.S. election year, Lewis says the aim is to ensure that Saint Lucia can keep its momentum in that crucial market. While he acknowledged that there is usually a general slowdown in external travel in the U.S. market in an election year, he noted that Saint Lucia continues to benefit with no clear signs of a slowdown.

“Up to April, we have not seen that yet because the U.S. market is still growing for us,” Lewis said. “So we are still pushing in the market because it’s so important for us to get out there and make sure we keep the momentum going.

“With regard to Canada, I think we’re going to turn around. We’ve lost some of our accommodation and that’s coming back. So we expect to see the Canadian market picking up later in the year and definitely in 2017.”

Lewis was speaking to reporters at a reception held for 25 travel agents from the U.S. and Canada who collectively logged bookings of 6,781 rooms for Saint Lucia last year with total revenue amounting to $5.6 million.

The travel agents each won a trip for two via the Piton Award Incentive Scheme instituted last year by the Saint Lucia Tourist Board (SLTB). Lewis says the programme is important since it aims to promote the island’s viability as a leisure destination via travel agents in various key locations.

Based on the volume of sales, the best travel agents from North America get to spend a few days in Saint Lucia to sample the island’s product, translating to better sales going forward since they would have had firsthand knowledge of the island.

The awards programme is also SLTB’s competitive strategy used to market Saint Lucia in a league of its own in the global tourism marketplace, specifically North America.

“During the time they’re here, they get to see the properties and other amenities, thereby becoming better at selling Saint Lucia,” Lewis said. “The programme was designed to really get as many agents selling Saint Lucia in the U.S. and Canada (and) culminates in an award that we have here.”

Lewis says the programme does not extend to the United Kingdom, principally because the market there is tour operator-driven, resulting in less emphasis on travel agents. However, a different strategy is used for the UK market, he said, by incentivizing the trade shows and implementing programmes to drive business to the tour operators.

“The U.S., which is our largest market, is growing faster than anything else. We attribute some of that success to this initiative. These travel agents are very important when it comes to people making decisions as to where to visit. So by them having experienced the destination and being best sellers, they can only get better as we go forward,” Lewis explains.

Lewis says the SLTB is in the process of rebranding its marketing materials to offer a different look. Its website, too, recently received an upgrade. These initiatives redound to the Board’s continuous engagement with the trade and also visitors.

“What has also sold for us is really focussing on the peculiarities of Saint Lucia, its distinction within the Caribbean itself. So we piggyback on what’s done regionally and also we put Saint Lucia in that differentiating position,” Lewis said.

With a new Minister for Tourism expected to be sworn in shortly, Lewis said, “some strong synergies going forward” should be expected.

Susan Lang, from Travel Solutions, based in Massachusetts, is one of the travel agents currently in Saint Lucia for the week-long recognition exercise. She was also among last year’s lucky winners shortlisted.

Lang said the programme has served to educate travel agents about the island. She said she and the other travel agents already pinpointed various properties that their clients qualify for. Saint Lucia is a gem, she said, in the business of travel.

“Saint Lucia, for me, is really an easy sell because I’ve been here a number of times and feel it has something for everybody in terms of richness in culture and tours so that people who want to be active and get off property have a variety of things to do,” Lang explained.

Some of the pluses about the island she usually hears from visitors have to do with the tours, the people, the food, beautiful sights, and botanical gardens. However, she cited one crucial area they highlighted that needs addressing.

“Everybody would like to not take the long ride from the airport to the hotel,” Lang said.

Windjammer Landing Villa Beach Resort Managing Director, Mark Ozawa, said hosting the travel agents comes with various inherent pluses, including the resort getting the opportunity to showcase the services and products it has to offer.

“We’re very pleased that this group of travel agents supports the island so well,” Ozawa said. “For us, it’s also a chance to kind of show off the Windjammer pride by having them here and showing them a fun time on the beach under the stars and welcome them on their first flight to Saint Lucia.”