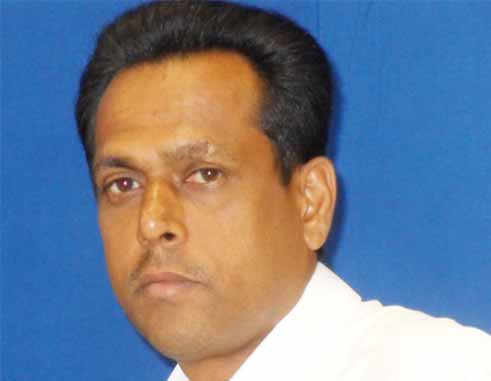 CHAIRMAN of the National Competitiveness and Productivity Council (NCPC), RayneauGajadhar is calling on Saint Lucians to change their mindset so as to move the country’s productivity beyond its present low level.

The Council’s executive director, Mrs. Fiona Hinkson is also on the same page, urging Saint Lucians to increase output and engage in high value activities for improvements to be seen in the low productivity level the country is experiencing.

Both the Council officials made their pronouncements during the launch of the NCPC’s website Thursday at the studios of the Government Information Service.

Gajadhar also took issue with the unemployment statistics in the country. He believes that unemployment is high because of the way in which the statistics are arrived at.

“The statistics are done on a very small fraction of the population but people blow it out of proportion saying that unemployment is high. The issue is that a lot of people are unemployable and besides they are not skilled. They do not have the drive, the motivation. Something needs to change in our people that want to make us productive, that want to make us do well,” Gajadhar said.

The NCPC Chairman advocates an apprenticeship programme for young people who are unskilled and unemployable and vocational education.

“The youths must position themselves to be employed; many of them are not in such a position. Another thing we must look closely at is education and the passing of exams. Most people would want to go to Sir Arthur Lewis Community College or university. They get all types of documentation but when they are brought into the workplace, they cannot work,” Gajadhar said.

According to Hinkson, discussions with various stakeholders on the issue of productivity in Saint Lucia had led to several recommendations being proffered.

“We are now putting together a five year strategy for the country in improving productivity and competitiveness,” she said.

The Council, within its first year, spent a lot of time on public awareness by engaging Saint Lucians on the importance of being productive and competitive.

Hinkson stated that productivity changes are driven mostly by changes in the employment patterns in the economy rather than by the introduction of new processes/products that would lead to increased value added per worker.

Regarding the measurement of productivity she said that it is a ratio between the output volume and the volume of inputs.

She added that productivity can improve if output increases while the levels of input (in our case, it is labour) remains the same. Another way would be if output is increasing at a higher rate than that of the inputs being used.