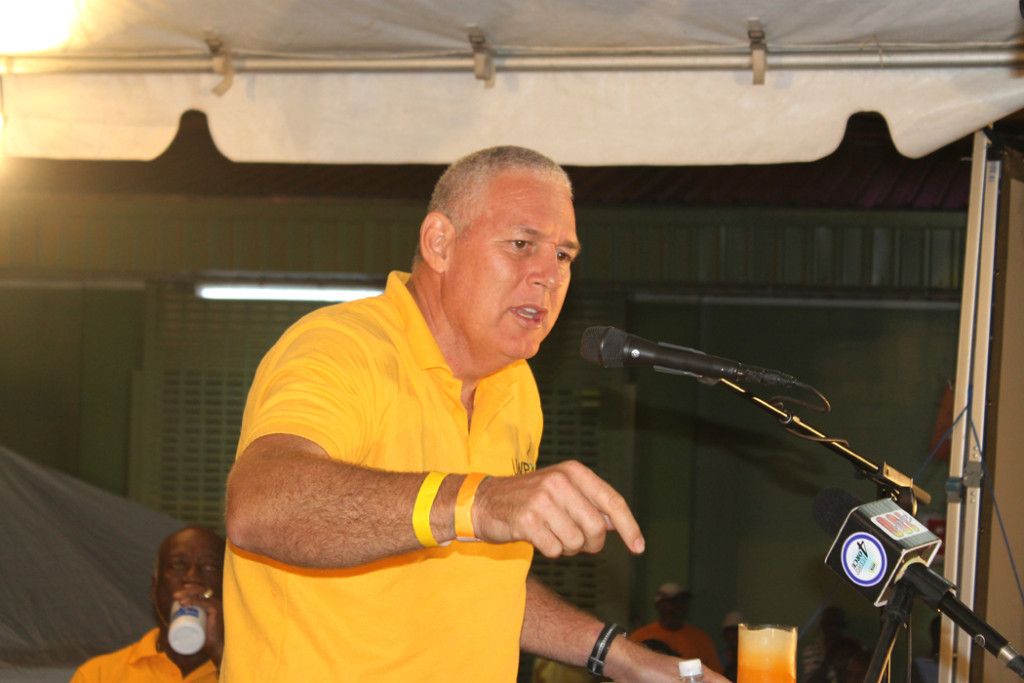 I recall Michael Chastanet, father of UWP political leader Allen Chastanet, as one of three Saint Lucians, who paid their passages to Oslo to bear witness to Derek Walcott receiving the Nobel Prize for Literature in 1992.

I often wondered what Michael might have thought then and whether he had envisaged his son Allen attempting to touch the ladder of excellence, in imitation of his friend Derek. Allen is not Derek Walcott but he did justice to ‘Nobel Laureates week of excellence’ here by his excellent and informative New Year’s address to the nation last Wednesday evening.

I had written a piece for this weekend’s VOICE based on the vision of the former St. Lucia Forum as it pertains to agriculture. My hope was that by pointing to the wise decisions after many hours discussing relevant development issues, future political leaders might see the wisdom of continuing (or starting afresh) the Forum ideas they thought worth copying. I was further inspired by Calixte George’s timely reference to the work which former members of the St. Lucia Forum began to implement here such as the establishment of the National Commercial Bank and the Land Registration and Titling Programme – and land reform generally.

This week I decided that past Forum ideas must wait a while longer as I give priority to a more pressing issue which concerns the well-being of Saint Lucia and its people presently. I refer of course to Wednesday’s masterful and confident presentation by both the Treasurer of the United Workers Party (UWP), Nancy Charles on News Maker Live with Timothy Poleon and later that evening to an even more inspiring address by Allen Chastanet, political leader of the UWP to a nation crying to be rescued from a reckless and clueless government.

Last week I commented on the physiognomy and general lacklustre demeanour of the island’s Prime Minister in his ‘state of the State’ address, which was in fact ‘a New Year’ message to the disgruntled people of Saint Lucia. In the interest of balance and for purposes of comparison I now comment on the performances of both Nancy Charles and Allen Chastanet. Nancy Charles is not widely known. When first I met her I was impressed with her clear and precise diction which immediately spoke of her family environment and the quality of her teachers. I was also impressed that she reads widely. I was therefore not surprised that such a person would have had an interest in community affairs and politics. She is presently treasurer of the UWP, a very prestigious and responsible executive position. Nothing seems to run without money these day; have you noticed? Nancy was her usual enthusiastic, energetic and confident self on Timothy PoleonNew’s Spin.

Those who thought that Nancy gave a good and impressive account of herself as she explained the state of affairs within the UWP (and the country) were in for an even bigger surprise that evening. The address to the nation by Allen Chastanet was simply brilliant. ‘Excellent’ may more accurately describe sticking to the lingo of Laureate’s week but ‘brilliant’ will do just fine. Let’s face it Allen Chastanet looked and spoke as a prime minister. Here was a man who could represent Saint Lucia in the highest councils of the world, including Caricom and the OECS. Here at last was the face of hope. I could not help comparing Allen Chastanet’s address to that of Dr. Kenny Anthony’s the week before. Surely, we all would have been happier had Dr. Anthony delivered a message of hope and inspiration. Instead the message of hope and inspiration was delivered by Allen Chastanet – a man we are often reminded does not have a seat in parliament.

I have not bothered to comment on this ‘no seat in parliament’ talk because it is clear that some of us are better able to represent our communities when we are not constrained by the rules and regulations and restrictions of a parliament. Neither have I bothered to comment at length on the promise of better days. I tease some people that when the offer of better days was made, Kenny Anthony never put a time of delivery on his promise. And no one bothered to ask him when better days would be delivered. Those who swallowed that line without asking any question cannot blame Anthony if he now says that his better days are coming in a container from Alba, Communist China and Grynberg, at a time he knows not when.

As far as I am concerned on Wednesday 28 January, 2015, Allen Chastanet had finally turned the corner. He now faces the bright prospect of hope in the shape of potential investors whom his dad and the rest of the business community must surely be canvassing even as we wait fresh elections in order to make a new start. Allen Chastanet’s thought-provoking address to the nation left two indelible impressions on my mind. First, here was a man who had finally jettisoned the shackles of back biting and naysayers from his own party and exuded the confidence of a true leader. Secondly, Allen did not spend time bashing Kenny Anthony and his very poor handling of the national economy. Neither did Allen rejoice over the Prime Minister’s failure. The reasons for his progressive posture are quite simple. As a businessman and an hotelier, Allen Chastanet’s fortunes are tied to that of the national economy. He therefore wishes only good for Saint Lucia. The support and idiosyncrasies of the island’s leader would matter little had that leader delivered better days and economic prosperity.

Allen Chastanet looked and spoke as a man who knew (and believed) what he was saying. He exuded confidence in his economic theories. Anthony on the other had looked tired, jaded and resigned to the fate of the western economies and the advice offered by the council of Ministers of Finance of the OECS – little bit-players in a mini whirl.

I particularly liked the fact that Allen Chastanet spoke about the re-organization which has taken place within the UWP. He spelt out the core values which have been adopted by the general membership. These are honesty, respect, team work, commitment, discipline and confidentiality. Under Allen Chastanet’s leadership the UWP now has a written Mission and Vision. A guide list has also been arrived at in the selection of candidates for future elections. The people of Saint Lucia can now begin to unite and work for a better future guided by the mission, vision and principles of the UWP. This has been part of the brilliance and work ethic of Allen Chastanet which Saint Lucians saw displayed for the first time last Wednesday evening on HTS and Choice TV.