Michael “Mike” Aubertin Saint Lucia’s former Director of Culture of Saint Lucia, a Calypsonian, Writer, Cultural Icon, Educator, cultural activist and friend to the Arts and Culture passed at his residence in Entrepot, Castries Saint Lucia. He was born in Saint Lucia and educated at the University of Manchester, United Kingdom. 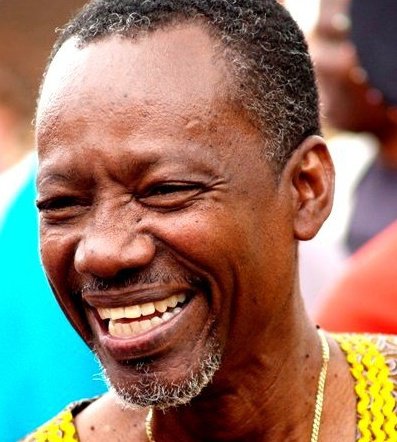 Mike as he was affectionately known by many, dedicated much of his life and work in service to people and country, a true son of the soil.  A mentor to many who knew him personally and professionally, he was truly a charismatic individual, a kind soul and gentle spirit.

Mike was best known for his contribution to the arts, as he had written several stories for children, one play, recorded several calypsos with his most popularized song being “Making Bread On De Dead”, an album of kwéyol poetry-Mighty Laughs and a short story published in the Sun’s eye, an Anthology of Caribbean Writings. He was also a former teacher of the St. Aloysius RC Boys Primary School.

Mike was interviewed by the BBC twice and was shortlisted for his 2009 World Service Competition radio play “True Colours”, subsequently won by an American.

He is the author of Neg Maron: Freedom Fighter a novel providing thought-provoking insight into the island’s past and how it might inform its society today. It records a 19-year old history of events that rocked Saint Lucia more than two centuries ago, with British and French battling over the island and slavery rife, the only hope for the nation’s black population lies in joining the Neg Maron, a community of escaped slaves in the heart of the rain forest. (Cited Saint Lucia: a Formidable Legacy)

Patterns of Gender Socialization in Saint Lucia underpins his novel, “Neg Maron: Freedom Fighter”. It was written in 1987 in part fulfilment of the degree for Master of Education in Mass Media at the University of Manchester, United Kingdom.

The findings during his research necessitated him writing the novel to ventilate the academic work in a more popular format. During a launching at the London Metropolitan University in 2004, Professor Eileen O’Keefe from the department of applied social sciences noted that it was a special honour for the University to host the event. Said O’Keefe, “The former director of culture in St. Lucia and noted Calypsonian demonstrated the unified themes which animated his research and his creative work in literature and music. He described how his post-graduate dissertation links between the experience of slavery, creole culture and language, violence, sexuality and gender re-emerge in his historical novel. In what was a performance rather than a lecture, he managed to get London Met students from Saint. Lucia to sing a creole nursery rhyme to make his point about the legacy of sexual brutality lurking inside seemingly innocent music.”

Reading the dissertation along with the novel will challenge both academics and lovers of fiction to an understanding of what makes the Caribbean man tick. The BBC (Caribbean Magazine) also interviewed him on the novel that year and subsequently broadcast the conversation in two consecutive programmes. The interviewer was Neil Nunez.

Saint Lucia will be poorer having lost one of its sons who contributed selflessly to its development. May he sleep in perfect peace and the Angels carry him to his place of rest. Mike will surely be missed by all whose lives he touched directly or indirectly.