On Sunday, May 24, 2020, the Lions and Leos of Sub-District 60B, which span from Cayman in the north to Grenada in the south, held an historic virtual convention with over five hundred attendees via Zoom and YouTube simultaneously. 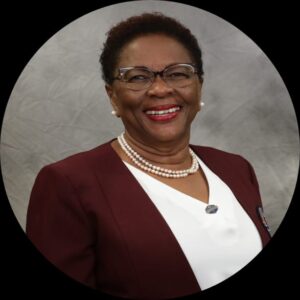 The outgoing District Governor, Lion Denise Forrest, PMJF gave account of her stewardship for the Lionistic year 2019-2020. Lion Denise Forrest described her year as one with many challenges and satisfaction and one of learning and growth.  She gained knowledge about the Lions and Leos and the challenges they face. She noted that her leadership skills were enhanced and the most significant learning for her was that change is not easy and changes in mindset and behavior can be a difficult process. She had hoped that this year would have been one which would reshape the administration of the District to move beyond the ordinary to be all that it could be.

Despite this she was pleased with having been able to ensure that the District Agenda of Change was implemented through the establishment of the New Voices Committee and improved enhancements in communication which saw clubs making extensive use of virtual means to communicate. This included a number of District online meetings and the historic use of election runner to conduct the online voting. The policy manual was upgraded, a framework for the Alpha Leo Program was developed and the Strategic Focus District 60B Forward was implemented.

The District Governor expressed her satisfaction with the work undertaken by the clubs during the year and noted that clubs had moved away from the traditional projects and showed innovation in the activities undertaken.  Some of these included the Lion Fish Derby which educated the Public on how to deal with this species.  Deforestation projects and their long term impact and importance in this era of climate change were of significance to the District Governor.  In the area of Drug addiction and Abuse, one outstanding project was the partnership with one Government to review legislation to have the drinking age changed.  In that regard a number of awards were presented to clubs and their various administrators.The highlight of the Convention was the election of the District Governor and her presentation, and this year was no exception.

The theme chosen by Lion Maureen Graham to guide the activities of this lionistic year is:” Building a Better Tomorrow through Kindness.” In explaining her theme, she stated, “Kindness is and always will be one of the most beautiful and powerful forces for good that exists in the entire world.” To build abetter tomorrow she implored Lions and Leos to refocus and reengineer operations to embrace the new normal, the success of which will be dependent on how we adapt.  She noted that greater demands will be made on our organization by societal forces, an organization that has stood the test for one hundred years.  In response, she noted that, “We  must  innovate and  find  new  ways  to  satisfy  the  demands  which  will  be made  upon  our  limited  resources.  We must find new ways to continue  our  excellent  service  and  to  build  new bridges  over  the  troubled  waters,  thus  giving  hope  to  the  vulnerable”.

To execute the plans for the year Lion Maureen and her team will continue to be guided by the Global causes identified by Lions Clubs International – Diabetes, Vision, Cancer, Hunger and Homelessness and the Environment.  Added to this will be continuation of the focus identified by Lions Denise Forrest in the areas of Drug Abuse and Addiction, Parenting and Youth, Implementation of 60B Forward and increased support for our Lions International Clubs Foundation(LCIF).

She challenged Lions and Leos of Sub-District 60B to offer hope through:

· the Power of Sharing and Serving

· the support and understanding we find in each other

· being Our brothers’ and sisters’ keepers

· creating laughter and pleasing moments as we remain connected.

In offering hope she reminisced on a statement by Archbishop  Desmond Tutu – “ Hope  is  being able  to  see  there  is  light  despite  all  of  the  darkness.”She implored Lions and Leos to  “let  the  light  of  Lionism  shine  that  our  good  works  will  be  seen and  appreciated,  especially  in  these  challenging  times. Captivated  by  the  common  cliché  “ All  for  one  and  One  for  All”.  She expressed profound gratitude for the resounding support and look forward to Lions and Leos joining her and the leadership team as we work towards   ‘Building a Better Tomorrow through Kindness”.