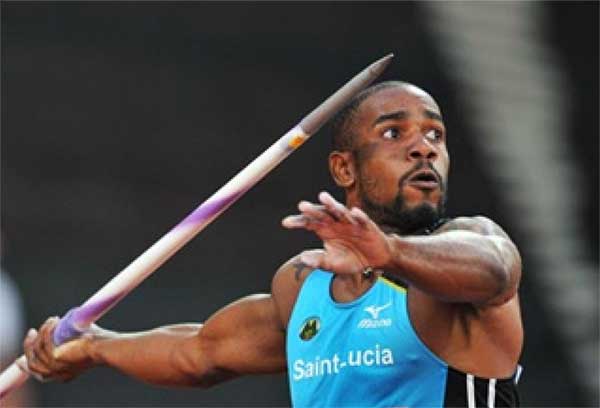 SAINT Lucia’s Sportsmen and Sportswomen for the Year will be announced at this evening’s National Sports Awards to be held at the Grande Pavillion dubbed “Saint Lucia Tent” adjacent to the Rodney Bay Police Station and the Bay Gardens Resort with Levern Spencer, Albert Reynolds, Julien Alfred and KimaniMelius occupying the throne among the shortlisted nominees.

Like previous years the event is expected to last at least 180 minutes and will be under the patronage of His Excellency, Governor General, Sir Neville Cenac.

Officials from the Ministry of Sports, representatives from the various sporting associations and clubs on island, members of the diplomatic corps, nominees/awardees, specially invited guests to include parents, sponsors and members of the media are among those expected to be in attendance at the event.

For Junior Sportsman for the Year, the race is between KimaniMelius (Cricket), JayhanOdlum – Smith (Swimming) and D’Andre Calderon (Tennis).

In the Senior Women category, the battle will be among 15-time winner and reigning Sportswoman for the Year and three-time Olympian, Levern Spencer (Athletics), Shem Maxwell (Netball), Meggan Williams (Tennis) and Kerin Neptune (Volleyball).