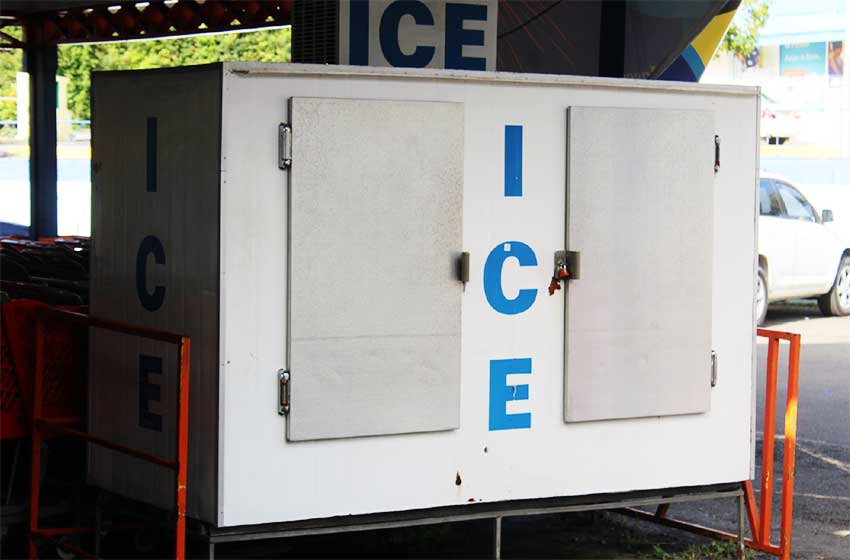 TODAY marks 16 days since the Saint Lucia Fish Marketing Corporation closed its doors, however this has not stopped fishers from calling on government to address their concerns.

Danny James, President of the Goodwill Fishermen Cooperative of Vieux Fort said that her members are willing to engage in protest action if government does not address their concerns, the premier concern being providing fishers with ice.

She said that ice is very important to fishers, the lack of which could force many fishers out of business.

The Saint Lucia Labour Party Thursday in a statement claimed that explanations by the Minister for Fisheries, Ezechiel Joseph had not given fishers the comfort that their livelihoods will be secured.

The party claimed that the Minister had refused to address specific concerns of fishers which demonstrated the high handed and callous approach that government continues to employ in dealing with fishers and other vulnerable sectors of the population.

“Since the closure of the St. Lucia Fish Marketing Corporation fishers continue to operate without access to ice and other basic services creating confusion among fishers and business people who depended on the operations of the Corporation,” noted the SLP in its statement.

However, the government intends to alleviate fishers concerns with a grant of US$ 1, 790,200 from Japan, the official signing of which took place Wednesday at an Exchange of Notes ceremony.

The money will be used to purchase equipment for local fishermen that will include platform and counter-top digital scales, ice boxes and materials for fishing vessels, coolers for fish storage on ice for landing sites, a bio-gas digester and energy converter and a 40 ft long-liner vessel- with sleeping quarters.

The money will also be used to buy tuna hooks, desktop computers and printers, tablets for real time data collection, GPS devices, VHF radios and a solar drier for sea moss and other items.

The gesture by the Government of Japan has not softened the Labour Party’s attack on government for closing down the Corporation. The SLP claims that “Fisher Cooperatives are still unclear about the true intentions of the government as they relate to the management of the entity even after seeking meetings and being given vague explanations.”

“It is clear that the UWP Administration does not have a clear and well thought out plan for the Fish Marketing Corporation. In addition to the uncertainty which has been caused in the lives of hundreds of Saint Lucian fishers, workers too who were employed by the fish Marketing Corporation are still seeking explanation and redress,” noted the SLP.

The Voice has learned that out of a recent stakeholders’ meeting of the Corporation the government has two options before it which is merging the Saint Lucia Marketing Board and the Corporation into a joint venture initiative or privatization. Also, that government is moving to provide ice for fishers, the lack of which has been a sore point with them. A source close to the situation says the ice issue will be resolved soon.

However, in the time it will take for government to deal with the issues surrounding the closure of the Corporation its chairman then, Timothy Greene believes now would be a perfect opportunity for the private sector to step in, or step up and provide a service to fishers.

“If that happens in any great way you now have to sit back and rethink your strategy going forward. My personal view is that while deliberations are ongoing regarding these two options the environment has a good chance of changing with the involvement of the private sector,” Greene said, adding that the private sector needs to get more involved in these types of ventures.

“It would work nicely with the development of our economy,” he added.

Prime Minister Allen Chastanet, in his 2018/2019 budget address spoke of government considering options to consolidate and restructure the Marketing Board and the Fish Marketing Corporation into a single entity.

The Minister’s view was that this new entity would promote the importance of consuming locally grown produce and purchasing from farmers and fishers.