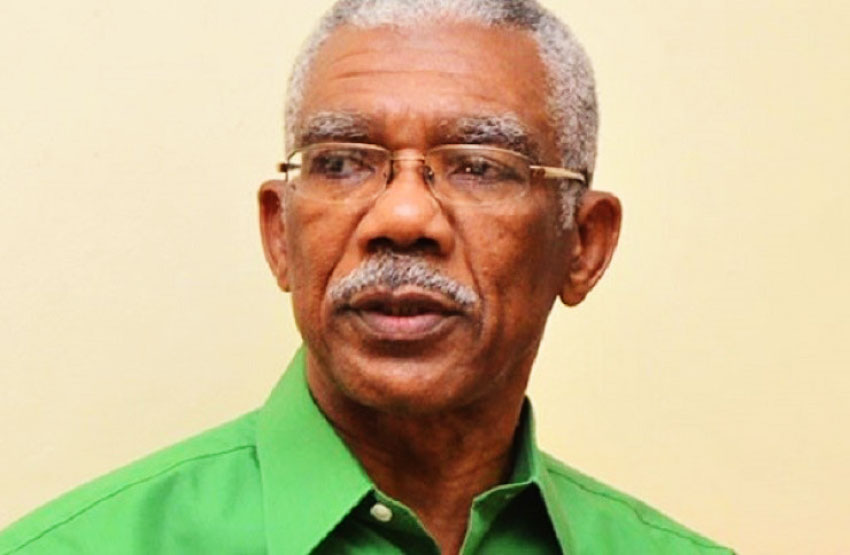 WITH a No Confidence Motion on the parliamentary agenda in Saint Lucia, more attention is being paid here to matters involving similar motions in other Caribbean states, especially Guyana.

MP Charrandas Persaud, who voted with Guyana’s opposition in support of a No-Confidence Motion against the coalition government of which he was part, now has the backing of the leader of the Lucian Peoples Movement (LPM).

Therold Prudent says he believes that Persaud “did the right thing” on December 21, 2018 when the motion was debated.

“It shows that democracy is a good thing and political independence is also a very good and virtuous thing when you are talking about the interests of your country,” Prudent told St Lucia Times.

The LMP leader expressed the view that the Guyana MP voted as he did because he understood that the government there was a “den of corruption” and had become a “big boy and big girl club of perks for persons who were supposed to be serving the people.”

“I believe he did the right thing and I believe the people of Guyana will validate this in the next elections and we will find out if this is what they thought of his actions,” Prudent declared.

Barbara Patricia Pilgrim of Guyana’s A Partnership for National Unity (APNU) has since been sworn in to replace the recently-recalled Charrandas Persaud.

The APNU and the Alliance for Change (AFC) coalition hold a one seat majority in the Guyana national assembly.

Since the shock vote by Persaud, the drama has continued in Guyana.

The High Court was asked Friday to quash the no-confidence motion against the Government on the grounds that Persaud had falsely declared that he was a Guyanese citizen, but has in reality been a Canadian citizen since 1998, according to local news reports.

A date has to be fixed for the case to commence, in which House Speaker Dr. Barton Scotland, Charrandas Persaud and Attorney General Basil Williams were named as respondents.

Dr. Scotland on Thursday declined to reverse his ruling that the motion had been passed and instead said the issues challenging its validity should be settled by the Court, according to Demerara Waves.

But the newspaper said the top cop declined to disclose any details.

At the same time, Guyana’s opposition People’s Progressive Party (PPP) has accused the government of attempting to hold on to power despite the December 21, 2018 no confidence vote that went against the coalition administration of President David Granger.

The PPP is challenging what it says is a move by the Government to use the issue of dual citizenship in a bid to overturn the motion of no-confidence.

The challenger (Reid) wants the court to declare that Persaud’s vote in the National Assembly in favour of the no-confidence motion was null, void and of no legal effect. The application singled out the dual citizenship of former government legislator.

Persaud voted in favour of the motion that was passed by a 33-32 margin in the 65-member parliament to cause the collapse of the coalition government of which he was part.

The Guyana opposition claims that Court action is aimed at having the Government hold on to power instead of calling general election.

The PPP called on the Court to hear the matter quickly.

“We urge the judiciary not to be complicit in any conspiracy to undermine and flout the constitution and make a mockery of our democracy,” the opposition party was quoted as saying.

Meanwhile, with the opposition Saint Lucia Labour Party (SLP) having submitted its Draft Motion to the Clerk of Parliament last year, the parliamentary staff was said to have been undertaking the preparatory processes to have the motion debated.

However, there’s still no date set for the discussion of the motion, which will also be voted on.

There are differences in the Saint Lucia and Guyana cases.

In Guyana, the President and Cabinet are required to resign and new elections must be held within 90 days. But in Saint Lucia, Section 55, 4 (b) of the Constitution states: ‘…if a resolution of no confidence in the Government is passed by the House and the Prime Minister does not within 3 days either resign or advise a dissolution, the Governor General, acting in his or her own deliberate judgment, may dissolve Parliament;”

This was in fact the case here back in the early 1980s, when the post-1979 Labour Government fell after Prime Minister Allen Louisy lost a similar vote in the parliament after his proposed budget was defeated by a majority.

Following the House vote, PM Allan Louisy resigned, but was immediately replaced by Mr Winston Cenac, who led the Labour Government briefly until an Interim Government was appointed under Prime Minister Mickey Pilgrim, to lead the country into the premature 1982 General Elections.

But despite the start of a new year and a new parliamentary session on the cards, there’s no official word (yet) on when the Saint Lucia opposition’s no confidence motion will be tabled for discussion.

In a related matter here, there’s also quite some public interest in whether Saint Lucian parliamentarians may have been breaking the law regarding qualification for sitting as a MP.

One learned legal mind told The VOICE yesterday: “We (may) have been in breach of the Saint Lucia Constitution forever, as many men and women who bear allegiances to other sovereigns have been elected or appointed as MPs and Senators, contrary to our laws.”

Section 32 of the Saint Lucia Constitution entitled ‘DISQUALIFICATIONS FOR ELECTION’ states: (1) A person shall not be qualified to be elected as a member of the House (hereinafter in this section referred to as a member) if he or she — (a) is by virtue of his or her own act, under any acknowledgment of allegiance, obedience or adherence to a foreign power or state; ”

According to this legal observer: “It will be interesting to find out how many parliamentarians have been elected to the House or appointed to the senate despite having knowingly pledged allegiance, obedience or adherence to a foreign power or state…”