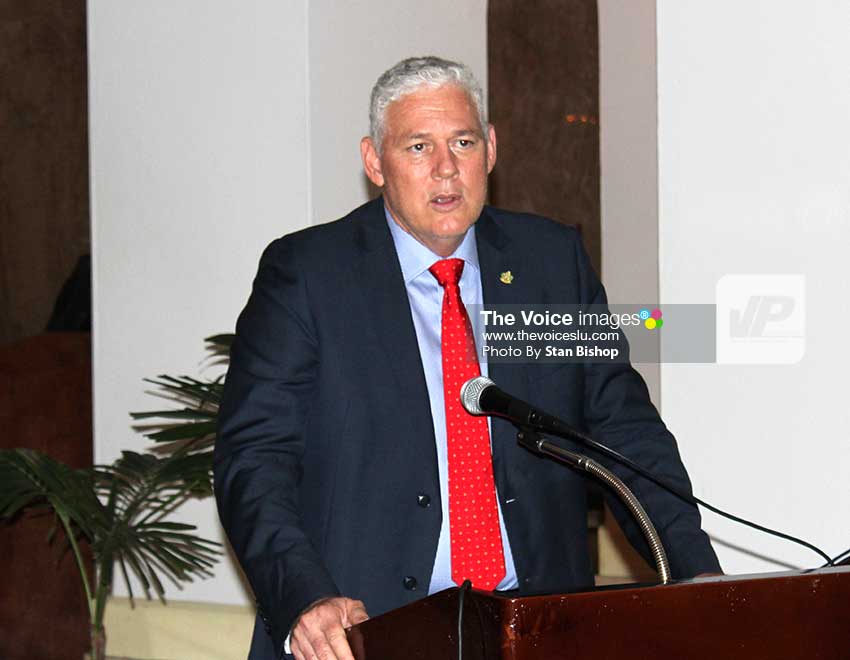 LAST week’s publication of “The Economic Injustice of Allen Chastanet towards the Poor of Saint Lucia – Part I”, in my opinion, could not have been done more timely. There are a few historical moments in our recent history when the politics of poverty, democracy, economics and leadership have been forcefully pushed to the front and centre of Saint Lucian conversations.

There is something fundamentally reassuring about the politics of poverty at a time when we have just witnessed the victory of Prime Minister Allen Chastanet. It is reassuring because it tells us that Prime Minister Chastanet is not going to do anything anytime soon to help with the plight of poverty in Saint Lucia in a holistic manner. As a result, poverty remains. At the heart and centre of all political contests, resistance and acts of solidarity are necessary by the people of Saint Lucia.

In an era of populist anger, there is need for an authentic and boisterous democracy in Saint Lucia. In the absence of democratic norm and, based on Chastanet’s twisted ideology, our Saint Lucian civilization will become wretched, our future bleak and our human capital wasted. Poverty, in like manner, has a detrimental impact on any society.

There are still some bourgeois and crony propagandists who are of the opinion that Prime Minister Allen Chastanet should be “given a chance”. Indeed, colonialism gave capitalism an added lease on life in the West and slavery gave colonialists a chance and today we are still being told to give Prime Minister Allen Chastanet a chance. How long shall the poor keep giving? It is easier to trace the impact of colonial exploitation than any of the promises offered to the poor.

I have no confidence in Prime Minister Allen Chastanet. The gap between the rich and the poor is widening every day and I hope Mr. Chastanet’s bewildered Cabinet colleagues rise to a better level of competence. This is a genuine risk but not one on which reasonable people cannot differ and, unlike what logic suggests, the debt-burdened economy is on the cliff edge of the precipice.

To expound on this, permit me to demonstrate what continues to threaten and weaken Saint Lucia’s economy as we speak by using our famous twin peaks, Petit Piton and Gros Piton.

In the FY2017/18, excessive borrowing by Prime Minister Chastanet and his so-called investments is a financial metaphor for fortifying a mountain of cash, accessible to a few rich people, investors, and multi-million-dollar corporations.

The second peak represents a mountain of corrupt cash and these mountains are failing to cancel each other out through the normal operations of financial markets.

Most striking of all, the majority of Saint Lucians trying to survive in a hopeless economic drama are destined to lose out from Chastanet’s financial investment ineptitude and in his own admission of the same. It is no wonder he said in his Budget Speech: “The dashboard of economic and social indicators for Saint Lucia shows that we are trapped in a vicious cycle characterized by low growth, high unemployment and high debt.”

In essence, these are inappropriate strategies in an environment of such large and unsubstantial borrowing, low productivity, non-competitiveness, and the offering of lucrative concessions. In particular, this is non-specific to expedite economic growth, the uplifting of the poor, to stabilize the economy, and to bring on new viable ventures.

The fallout is very likely to exploit a more unsustainable Saint Lucia, the benefactors of which are the elite business class that continually tramples on the poorly-educated to affirm colonial reclamation of the political and financial depravation of the widening underclass society.

What should we do with Prime Minster Chastanet’s government that is plagued by corruption and an economy in which many people are convinced will bankrupt the country?

In the context of a discussion on poverty in Saint Lucia, the central moral challenge is the poor. In the 19th century, the challenge was slavery and in the 20th century it was totalitarianism. Today, it is poverty; this is threatening in many dimensions.

Currently, we have lost tremendous ground in job creation, sustainability, economic viability, and prosperity in our country. These conditions have a secondary possibility, if impractical programmes by the IMF’s (International Monetary Fund) “structural adjustment” to our civilization is considered a viable option, which includes more opening of our markets to foreign businesses and privatizing state enterprises (water, fisheries, food).

However beautiful the strategy to embrace both modernization and Westernization, we will lose purchasing power almost instantly to inflation and stagnation.

The economic variability of our country is firmly linked to its citizens’ level of participation in its economic activities. The manufacturing, industrial, commercial and service sectors of Saint Lucia must be of Saint Lucian control.

During the banana industry’s glory days, business was open to all Saint Lucians and we had the opportunity to participate, and we did.

The government must immediately develop a major incentive programme to attract Saint Lucian entrepreneurs in the Diaspora to return home and showcase their business skills. The following are some of the areas that need to be addressed:
* Repatriation assistance
* Tax incentives
* A period of tax holiday on business profit
* Business products import duty waivers
* Utility tax assistance
* Simplification of business processes

Viable industrial, manufacturing and service sectors are critical to job creation, economic stability and prosperity in our country.

Homegrown businesses are critical to job creation and sustainability in any country. The world’s most recognized and dominant economy, i.e. the United States, prides itself in the role small businesses play in the stability and resiliency of its economy.

The business obligation of multi-million-dollar corporations is the return on their shareholders’ investments. However, this return seems more likely to be deposited in a foreign bank account. This does not contribute to the long-term economic stability of our country.

On the brighter side, I think of myself as an optimist, though the problems remain staggering. By any stretch of the imagination, knowing the risks is the first step toward repairing the damage. Direct the business red carpet to Saint Lucian entrepreneurs in the Diaspora who are ready to engage and contribute. The reward will be for the homeland, which will better the poor, strengthen our democracy and build a better Saint Lucia for ourselves and our children.