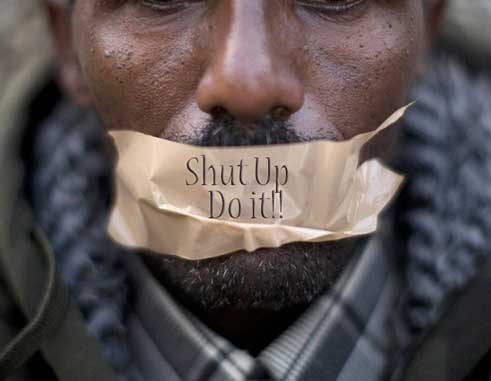 I have a few friends whom I consider to be the world’s leading experts in sports conversation. They can list all the problems with West Indies Cricket, explain why Manchester United is not doing so well of late and they can also advise the government on what to do to make sports better.

Some of them are members of committees responsible for managing various aspects of sports and the truth of the matter is that their role does not extend beyond their God-given talent…….TALK,TALK,TALK.

While discussion and conversation do have a place in our attempts at sports development, we seem to ignore the age-old saying that “action speaks louder than words.” We are famous for appointing committees which spend hours in meetings discussing issues that require urgent attention and action. There seems to be an obsession with meetings at which committee members show off their expansive knowledge of the subject matter by defining the problem in the most eloquent and sophisticated manner while failing to decide on a specific course of action.

In the few instances where the action is identified, there is usually no follow-up to ensure that it is done in a systematic or timely manner. Talk shops are selling out sports development in this country and it is time that we dispense with the dialogue and commence with shoulders to the wheel.

So-called sports administrators mask their incompetence with frequent and lengthy conversations while the issues remain unresolved and progress is nothing beyond their egotistical fantasy. These imposters can easily be pinpointed when one considers the words of legendary author, Patty Houser: “I never listen to what a person says. I look at what a person does because what they do tells me who they really are.”

It is 2017 and we have for decades preached a gospel of change yet we seem to be awaiting divine intervention. God can move mountains but we must first initiate that miraculous occurrence through some degree of action. Remember the blind man who had his sight restored by Jesus had to find his way to the place where Jesus was and then he had to make a request. If these actions were not performed, he would have remained as blind as our wannabe sports administrators who are sometimes too proud to seek help.

It’s time to cut the talk and join in the action!