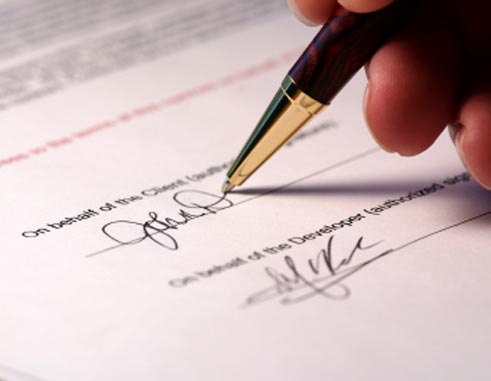 A petition by a group calling itself Vieux Fort Concerned Citizens Coalition for Change (VFCCCC) is one of many measures the group intends to employ to get government to renegotiate the US$2.6 billion Desert Star Holdings (DSH) project for the area.

Claiming there are too many “frightening aspects” in the Framework of Agreement that was signed between Prime Minister Allen Chastanet and DSH Teo Ah Khing in July last year and in the Supplementary Agreement signed last November that made the project “unacceptable and objectionable,” James added that the group is striving to collect a certain number of names, to deliver to both Chastanet and Khing in order to persuade them to revisit the agreements.

“It (agreement) is certainly not in the best interest of St. Lucia. We want the politicians to listen,” he said.

James declined saying how many names his group wanted on the petition before handing it over to the Prime Minister but on prompting hinted at 5,000.

The petition, he said, is doing very well, with copies in a number of communities and on the website change.org which at the time of writing, 983 persons had already signed it.

The Concerned Citizens Coalition for Change has sent a letter titled “In search of a better deal for St. Lucia” to several national organizations and every member of parliament claiming to seek their intervention to have the deal with DSH renegotiated so that a more mutually beneficial agreement can be produced.

“On behalf of the VFCCCC and the residents of Vieux Fort I implore you to review the attached documents and to urge the Prime Minister of St. Lucia to reconsider this proposal with a view to giving Vieux Fort and St. Lucia a better deal,” the letter noted in part.

The letter outlined the group’s disappointment with the two agreements in ten points. It said there was nothing in the agreements to suggest that St. Lucia will extract significant financial benefits from the deal such as profit sharing, revenue from taxation, tourism promotion, economic opportunities for nationals and the like.

Invest St. Lucia last week indicated that the US$1 per acre lease for 99 years to the developer will be for the race track, which is now awaiting Development Control Authority (DCA) approval for construction to commence.

This will be the only monetary contribution of the developer, which the group claimed is 10 percent of the Gross Development Cost of a project estimated at close to US$3 billion. The group claimed that this amount is minimal and can be provided by a consortium of local investors and that an offer should be made to them to submit a counter proposal.

The Concerned Citizens Coalition further argued that the terms and conditions of the two agreements put all risks, costs, obligations and compensation for failure of the DSH Project as the exclusive responsibility of the Government of St. Lucia, adding that this type of guarantee was unheard of in a free enterprise system where investors must be prepared to take risks in the hope and expectation of generating profits.

The government, via Invest St. Lucia, facilitators of the Master Plan for Vieux Fort, denied last week that it will be taking all the risks arguing that this was a joint project and both parties were making significant contributions.

Government said that its contribution is the leasing of state lands, proceeds from approved Citizenship Investment Programme investors and standard tax exemptions for a definite timeframe.

The group further claimed that the agreements make no mention of how the concerns of the marginalized, dispossessed and poor communities in the Vieux Fort area, current business operations and persons depending on the exploitation of the natural resources within the project area will be addressed.