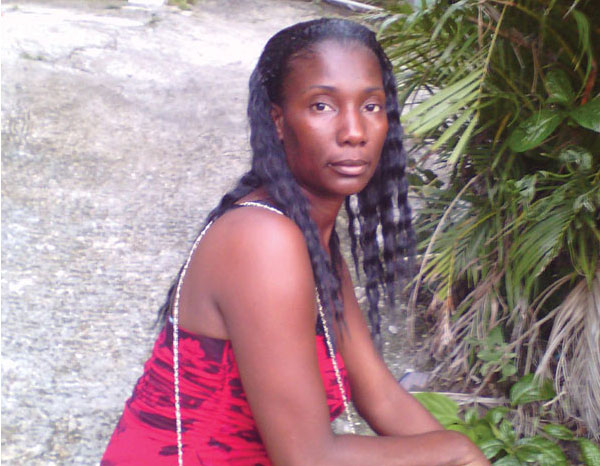 A mother at her wit’s end has sought out the help of the media in a last ditch attempt to get her 14 year old daughter to come back home after she ran away to live with her 19 year old sister.

Lydia Alexander of Marigot came to The VOICE in a confused and distraught state Thursday, saying that she has no idea who to turn to for help with getting her under aged daughter to come back to her.

She explained that it has been nearly six months since the teenager left her care; however, this was not her first time leaving the home.

The mother also revealed that ever since her daughter left, the siblings have changed locations numerous times, leaving her confused and completely in the dark with regard to their whereabouts.

Alexander said she is extremely worried that the younger sister will follow in the footsteps of her older sibling who was a serial runaway herself and is now the mother of three children.

She said: “I’ve been going up and down…I’ve been going to Human Services, Vulnerable Persons, Family Court, CID and many police stations making my report and no one seems to care, no one is doing anything about it. I have been to the Minister for Legal Affairs and I just went to see the Minister of Human Services, then I got a call from the Director of Human Services who told me to bring in a picture of the child so that they could do something about the situation. I don’t know where else to go because I’ve been everywhere that I had to go and no one is doing anything about it.”

Alexander said she is constantly being told by the different authorities that nothing can be done since the child is not being held against her will and that she is with her older sibling who is of age to look after her.

However, the mother said she wants her daughter to be at home with her as she is certain that the child is being abused and taken advantage of.

She said: “I need her to come back home so that she can get help because it’s really not good out there. She’s a minor and I’m trying my best to help my daughter because she is my child.”

Alexander added: “I need some counselling for her because she needs help. She doesn’t have a father figure…it’s been about 12 years since her father has been out of her life and I’ve been the only one playing the role of mother and father, so I’ve been trying to do the best that I can for her. She hasn’t gone to school for a whole term now and the school knows about it, yet nothing is being done.”

According to Alexander, she spotted her teenage daughters in Castries three weeks ago and she immediately alerted a friend who is a police officer and asked that they be taken into custody. This was done, but she said whilst there, the police spoke to the girls for a short while and released them in her care.

Once released, the mother said the girls stayed with her for one week, then they disappeared again.

She said not even Human Services has made a concerted effort to help her out: “They have done nothing at all. They also keep telling me that there is nothing they can do.”

When asked what she hopes to achieve from turning to the media, Alexander said she just wants the word to spread so that the public could see just how flawed the system is. But she said her main hope is to get either a solution or some help for her younger daughter so that she could stop what she is doing and step away from the dangerous path that she is heading down before it’s too late.

The VOICE contacted the Director of Human Services Elizabeth Lewis who revealed that there are plans afoot to handle the matter once and for all.

Lewis said she only found out about the matter this week upon returning to office after her vacation, and that she immediately reached out to the mother and requested that she furnish a photograph of the 14-year old.

She revealed that the planned course of action is to take the matter to court to issue a “Search and Remove” order that would give the police the authority to apprehend the runaway teen on sight so that she could be brought to the care of Human Services.

Once there, she will be assessed and it will be determined whether she is a flight risk or whether she is safe to be released into the mother’s custody.

In the event that she is deemed a flight risk, she will be placed under probation and supervision at the Transit Home. If she is deemed safe to be in the mother’s care, she will be sent home with Alexander, but will still be kept under probation and supervision, and required to attend the Upton Gardens Girls Centre to receive training and schooling.

The Human Services Director said she senses and understands the high level of frustration from both the police, who have apprehended the teenager on numerous occasions, only to learn of her running away again, and the mother, who is in a constant state of worry and despair over her child who simply refuses to stay at home with her.

It is for this reason that Lewis said this course of action is being executed as it is a solution through a different route, since all other methods have been unsuccessful.