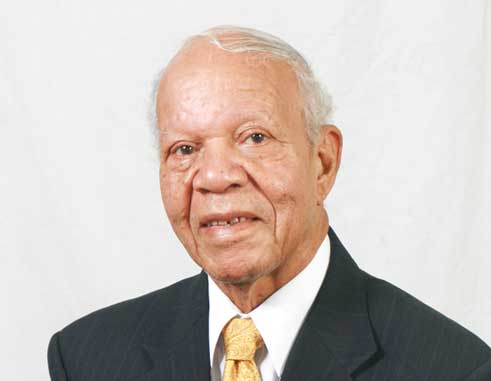 On the ninth anniversary of the passing of Sir John George Melvin Compton, Saint Lucia’s Prime Minister Allen M. Chastanet has praised the legacy of the “Father of the Nation”.

Prime Minister Chastanet said that as the nation reflected on the life of Sir John, “We must honour not just his contribution to Saint Lucia but his strong commitment to the development of the region.”

“Sir John was a true statesman and he is respected regionally and internationally for his bravery against what at times seemed impossible odds. He was instrumental in the formation of organizations such as CARICOM that could represent the region on a broad scale and let the world know we are here. We must not play down the significance of Sir John leading the way for Saint Lucia’s Independence and in fact his skills in helping to unite the West Indies,” noted Prime Minister Chastanet.

Sir John was instrumental also in the establishment of the Caribbean Development Bank (CDB), the West Indies Association States Council of Ministers (WISA) and the Organization of Eastern Caribbean States (OECS).

Prime Minister Chastanet explained that, like so many leaders, he is inspired by the life and legacy of Sir John.

“Saint Lucia’s history is forever intertwined with Sir John,” said Prime Minister Chastanet. “All around us, every day, we see reminders of Sir John’s phenomenal contribution to the development of this country. Today we as Saint Lucians must all reflect on the greatness Sir John exemplified. His independent spirit in the early days of local politics is what inspired him to form a new party, the United Workers Party (UWP), and his willingness to work with others and chart a course for Saint Lucia is why he is respected by even his fiercest adversaries.”

Prime Minister Chastanet also noted the significant development of infrastructure in Saint Lucia during Sir John’s time.
“Sir John has facilitated the modernization of Saint Lucia,” said Prime Minister Chastanet, while singling out the visionary leader’s development of Rodney Bay, the Roseau Dam, and Hewanorra International Airport, the Millennium Highway, schools, the harbours and so many more.

“We still have a long way to go and I think if we keep the ideals that Sir John opined in the beginning it will serve us well,” said the Prime Minister. “I join with the rest of the nation in paying tribute to Sir John Compton, one of the greatest legendary leaders of our time.”