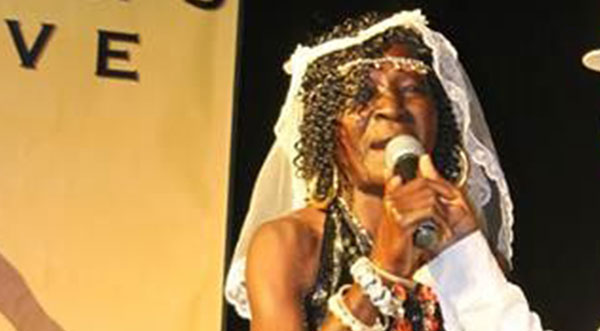 AS prayers and well-wishing continues to pour in for the popular Catherine Flavien more affectionately known as ‘Patra’ who suffered from stroke, one concerned friend is asking that visitation rules of the Home where she is staying, be observed.

Following news of Flavien’s stroke that was reported in The VOICE Newspaper two weeks ago, there was an immediate outpour of support for the 51-year old who is currently recovering at the Mother Teresa Missionaries of Charity.

However, the show of support has unwittingly caused a small stir as in the process, visitors have not been made aware of, or are in favour of the Home’s rules.

One of those rules includes visiting hours which are designated for the first Sunday of every month; but according to one of the men who initially found Flavien and took her to the Home, some of her visitors and well-wishers are disregarding the rules and this is not sitting will with the Home’s staff.

The man who requested anonymity said: “People have been coming over and posting pictures on the internet and Facebook, but I don’t know who these people are. The Sister also told me that some guy came to visit and was making noise, quarrelling and shouting when she tried to explain that there is a specific time for visits and that his was not allowed as it did not fall on the designated day. Thankfully, she didn’t take it to heart.”

The “Good Samaritan” said he is worried that if this continues, Flavien might be sent away to keep the peace and structure that the home and its residents enjoyed before her arrival.

He said: “My concern is that, with her condition, if she is discharged or she is sent away, who will be around to take responsibility for her? She can’t really do anything for herself, she cannot walk properly and she just can’t manage on her own. So the people coming over whenever they feel like it, I wish they would stop it because I wouldn’t want her to be sent away because people are not abiding by the Home’s rules.”

Flavien’s stroke was as a result of months of suffering from untreated high blood pressure.

She was brought to the Home on Wednesday 7th this month and is currently wheelchair bound.