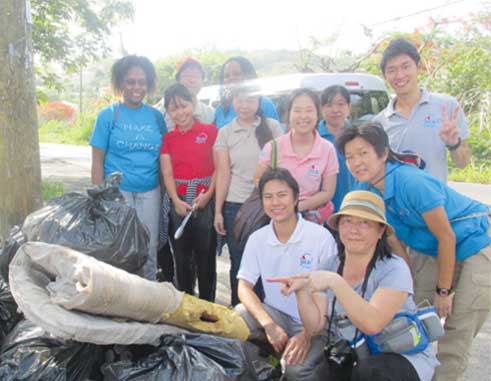 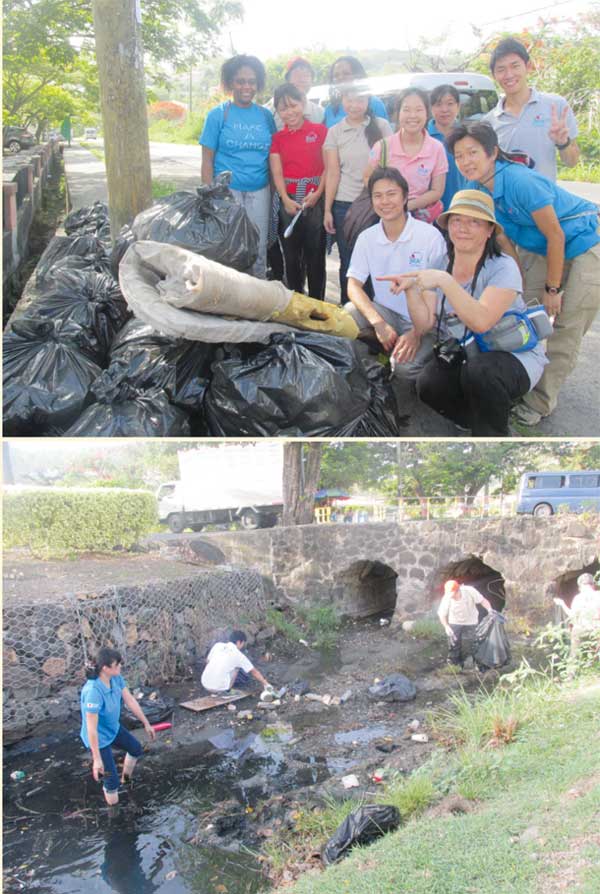 A young Japanese native on a youth exchange programme has taken her love for the environment and St. Lucia on a whole, to a new level through a clean-up campaign which she spearheaded over one year ago.

NozomiImoto who is a member of the Japan International Corporation Agency (JICA), came to St. Lucia in July 2014 and was assigned to work with the St. Lucia Red Cross as a Youth Field Officer in charge of the youth field.

Imoto’s main duty was to organise the after school programmes with the help of teachers for the junior Red Cross groups which consisted of primary and secondary school students.

During that time, she taught the young volunteers crafts, environmental education and international cross culture understanding.

This initiative, according to Imoto was something she was extremely passionate about as she had previously worked in an international youth training programme in Tokyo, and longed to take it further after she had graduated from university in Japan.

She said: “In my previous job, I thought ‘I want to do something related to youth again, but overseas’. But then at that time, by chance, I found and requested to work with the St. Lucia Red Cross who was requesting a youth field officer from Japan.” 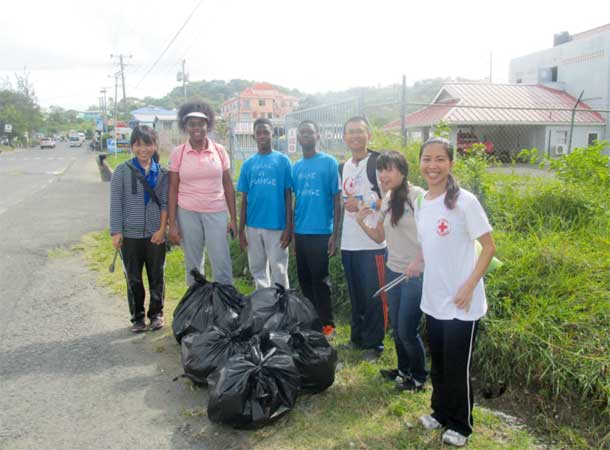 Upon arrival in St. Lucia, an island which she knew nothing about, Imoto said she taught crafts, namely the traditional Japanese paper craft called Origami to warm up to the students. However, after a few months, she decided to act on a few concerns that she had developed regarding the environment.

Imoto said: “I found a lot of littered garbage which remained on the sidewalks for a long time, but at the same time, I noticed so many beautiful beaches and the beauty of nature in general, so the gap was shocking for me and I really wanted to do something as a volunteer. That’s when I decided to start a programme to clean up at a volunteer level.”

The programme had three main purposes according to Imoto. They were: 1. Clean up the community in which she lived, 2. Vector control and 3. To raise awareness of St. Lucians about the importance of taking care of their environment by keeping it as clean and beautiful as it should always be. 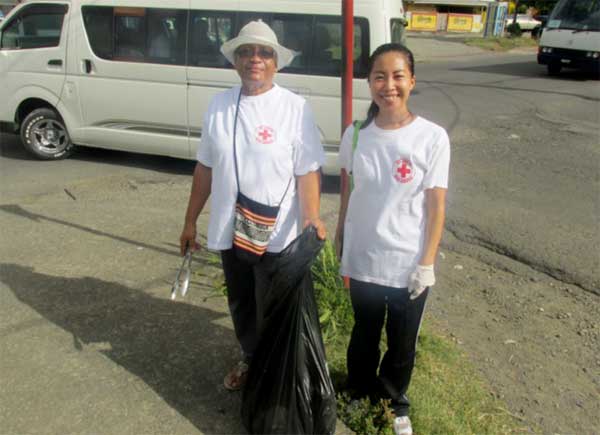 The programme was focused in the Gros Islet community, especially the highway as it was not only her area of residence, but because of a high tourist concentration.

The programme began in July last year and since then Imoto, along with a team consisting of fellow JICA volunteers who collaborated with locals from the JICA Alumni Association (St. Lucian volunteers who have trained in Japan), as well as student volunteers from the Junior Red Cross group, have completed 12 clean-up operations.

The work is being done on the third Saturday of every month from 7:00 a.m. – 9:00 a.m. and with an average of 10-12 participants per operation, the team was able to gather 227 bags full of garbage (10-12 bags per operation) with the help of a total of 129 participants since inception.

Imoto extended sincerest gratitude to the St. Lucia Solid Waste Management Authority which she said supported the programme by providing gloves and garbage bags from the very first operation. 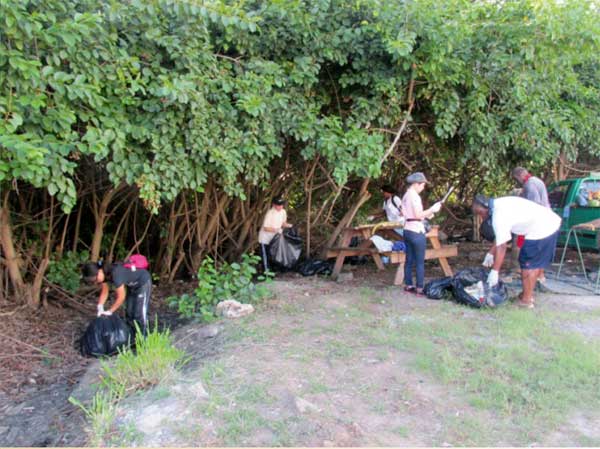 She said after every operation, the SLSWMA collected all the garbage and would dispose of it properly.

The JICA Volunteer said her one hope is that the programme continues after she reaches the end of her tenure and heads back to Japan in October. 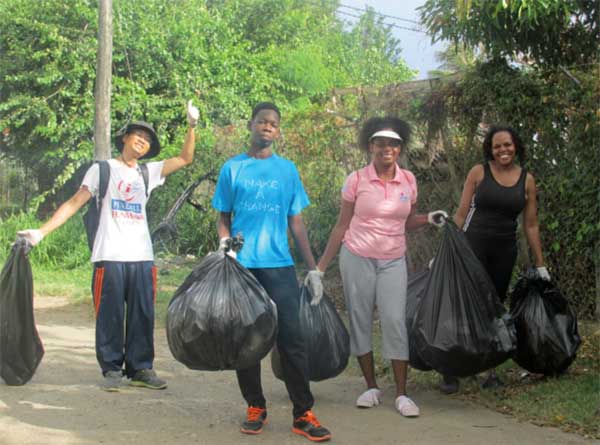