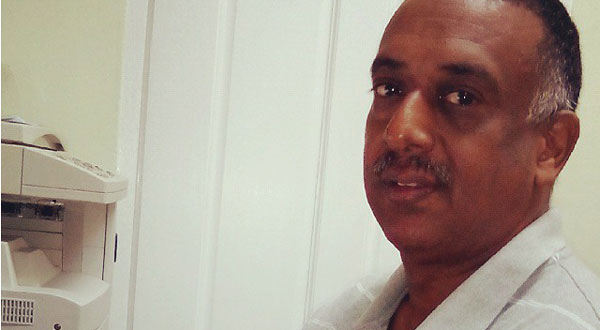 In the last few days since sending out a press release to the media entitled “ECCO Director Resigns In Protest”, I have been verbally attacked by the CEO of ECCO (Eastern Caribbean Copyright Organization), to the extent that I have been accused of being “a failure” amongst other things.

I felt that I should clarify and highlight some of the meaningful contributions that I have made to ECCO (formerly Hewanorra Musical Society, or HMS) over the years. I am SETTING THE RECORD STRAIGHT.

I served on the Board of HMS from 2001 to 2004, being the Vice-Chairman from 2002. Whilst on the Board, I was asked to assist with the licensing process. I worked part-time and assisted the General Manager, my supervisor. I licensed musical events and premises all over St. Lucia. I was very successful at that time as I was committed to the concept that “if you play, you must pay.”

This was in the early stages of the initiation of licensing where there was a very hostile environment as people and establishments resisted the implementation of this new legal system.
In 2004, I was offered the position of Sales Executive as an employee of HMS but I would have had to resign from the Board to assume the position. It was a very natural process for me, as by this time I had increased knowledge and experience in the areas of licensing and had become well-known in the music and entertainment industry. At the time, I was also managing artistes and assisting HMS members as much as I could in various aspects of their careers. I was then the bridge between the members and the society.

Based on my success in St. Lucia, I was approached by PRS Director, Diana Derrick, to assist her in the licensing of the St. Kitts Music Festival. She briefed me on her two-year challenge of licensing the festival. I attended the festival the following week and soon understood why Ms. Derrick had those stumbling blocks in St. Kitts.

It was a very difficult assignment, as I initially was treated as a foreigner coming to take the festival’s money. Nevertheless, I persevered. I was determined to at least get a commitment to license the festival from the Festival Director before I left St. Kitts. I had meetings with the Minister of Tourism, Festival Director and Festival Production Manager.

I left St. Kitts with the assurance that after the festival, the Festival Committee would meet and attend to the issue. After a few months, I was able to conclude the licensing of the St. Kitts Music Festival. A year later, the license was paid and ECCO has benefited from this license ever since. Since 2006, the St. Kitts Music Festival license was renewed and today this license has become a staple in ECCO’s armoury of events licensed over the last decade.
In 2009, HMS expanded to ECCO and the Sales Executive position was made redundant. I was offered the Sales Agent position for Saint Lucia and I declined the position as I was not happy with the terms of the agreement being offered.
I continued my role as a Music Publisher and management of artistes. In 2010, I was elected to the Board of ECCO as a Director and I represented as a Music Publisher. I served on the Board of ECCO and my opinions and views were highly regarded by colleagues and ECCO management at that time.

I was given an assignment in 2013 by the Board and General Manager to travel to Antigua to assist and train the ECCO Agent, Laul Thomas. I also supervised and assisted at the 2013 AGM in Antigua during that assignment. I had meetings with the Ministers of Security and Culture during my visit. I encountered resistance from many users but was able to counter many of the arguments for licensing events and premises.

In 2014, I was given another assignment by the Board and General Manager to travel to Grenada to assist the Agent there. I was also given the latitude to license the major problem events in Grenada. I had meetings with promoters, the carnival committee (SPICEMAS) and the ECCO attorney in Grenada. I returned to St. Lucia having licensed over EC$20,000 of events during the short assignment. I valued my time in Grenada as it opened my mind to the various strategies that could be used in the licensing process.

I have always stood firm in the belief that ECCO should always be fair and serve in the best interest of the members and as a result I resigned as Director in protest of decisions made at an ECCO Board meeting on July 21, 2016. These decisions, in my opinion, were not in the best interest of its members but in the interest of the hierarchy of the administration of ECCO.
Over the last few years, I have seen the disconnect between the management of ECCO and the membership, which has led to a substantial divide between the two. This has been one of the major issues that have caused a breakdown in communication.

I served on the Board of ECCO from 2010 to 2016 and I guess I was dishonourably discharged (by ECCO management) when I resigned in protest!

In light of my aforementioned resume, I AM setting the RECORD STRAIGHT. I am undoubtedly one of the most experienced persons in the OECS in terms of the licensing and sales process for the use of music in the Eastern Caribbean and “NOT A