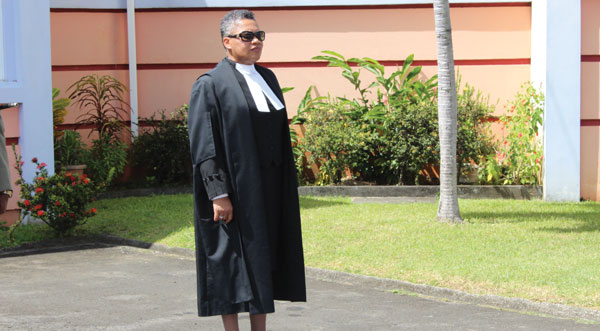 Points To ‘Attempts At Interference’

TWO leading members of the legal profession have expressed a determination to fight interference in the judicial system which, they say, is on the rise.

Though neither of them has identified the type of interference spoken of, both points to it as a serious problem, that could interfere with a person’s access to justice.

On tuesday Chief Justice of the Eastern Caribbean Supreme Court, Dame Janice Pereira, in her address at the opening of the new law year, said that while “attempts at judicial interference are on the rise “ these attempts emanate from places, persons and by methods which one would least expect.

“The judiciary as an institution and through its judicial officers must remain resolute and focussed in its mandate to ensure equal access to justice and equal justice. They must fiercely, unhesitatingly and without fear or favour, guard and defend their role as protectors and enforcers of the rule of law, the guardians of our constitutions,” Pereira said.

“That must remain our mission, a mission in every respect. It is one of the highest callings in a free society,” she added.

Attorney General Kim St. Rose also spoke, on the issues vowing to jealously guard the independence of the court in the face of what she saw as growing attempts to influence the course of justice.

The Chief Justice’s concern about interference in the judicial system was only part of her address, which focused primarily on the concept of equal access to justice or access to the court, a notion that is well known but not properly understood she noted.

In attempting to define the concept, she explained that it is fundamentally rooted in the observance and protection of the rule of law, which is the foundation of any democratic society.

According to the Chief Justice “the stride to achieve equal justice may be viewed as one of the highest ideals consistently pursued by any legal system grounded in the acknowledgement, respect and observance of our basic human rights.”

“One of the vital principles of the rule of law is that laws should be accessible, clear, précised and open to public scrutiny. The courts must be accessible, affordable and disputes resolved without excessive delays,” she said.

The Chief Justice said that there could be no adequate access to justice if people are unable to utilize the justice system because it is physically or financially inaccessible, where citizens are unaware of their legal rights, where the means of access are so mired in complexity or disproportionate fetters or where the legal system is weak.

“There cannot be equal access to justice where discriminatory laws, rules or practices insulate and permit gender biases to persist, or which allow the oppression of the weak, the poor and the vulnerable,” Chief Justice Pereira said.

“Access to justice and equal justice therefore occupies a broad spectrum along an ever evolving continuum, shaped by our social norms and values, which themselves are in a constant state of evolution. Access to justice therefore includes legal protection, legal awareness, legal aid and enforcement and all the initiatives which are geared towards ensuring that all persons can have their voices heard, exercise their rights, challenge discrimination and hold decision makers accountable. It supports peace in a society by giving an individual an alternative to vigilante justice and violence in resolving disputes. Access to justice sustains the rule of law.”

But what use is the rule of law if there is no access to justice?

Said the Chief Justice: “If we advance the rule of law and aim to uphold it, irrespective of our position of power and privilege and meaningfully set about enjoying our rights and freedoms with due responsibility for the rights and freedom of others, it would be true to say that real progress has been made in achieving the objective of providing and sustaining a legal system which is able to promote equal justice and protect equal access to justice”.