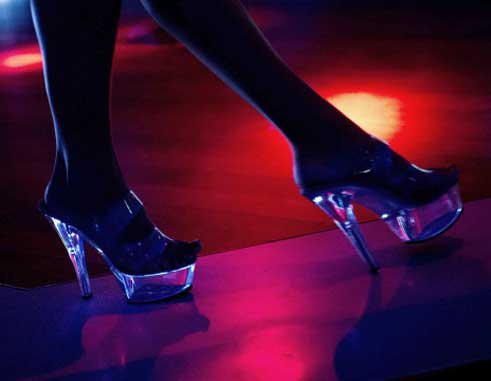 A STRIP club in the island’s north was raided by police Thursday and 10 women, said to be employees, arrested. They were released on bail Tuesday charged for working without a valid permit.

The 10 were initially charged with prostitution as well. However these charges were later dropped, according to sources connected with the investigation.

More arrests are expected, according to these sources who say that charges could very well be laid against the operators of the club.

Police are not revealing much about the investigation, but it was believed to have been well orchestrated, catching the women and the operators by surprise.

Rumours are that the main operator of the establishment is a member of the police force although there has been no report of a police officer connected with the club since the raid.

The VOICE learned that the club’s proprietors, a male and a female, were not in possession of a liquor license at the time of the raid, but boxes of drinks were said to have been carted away by investigators during the raid.

Police were expected to prefer charges against other persons connected with the strip club as of late yesterday, according to our source.

Persons expected to be charged later were said to be still in court as we went to press.

The police press relations department confirmed the raid issuing a press release that stated that “on Thursday, April 28, 2016 about 11:45 p.m. police conducted an operation at a night club located in the northern part of the island.”

“As a result of the operation, two females from Dominica, three females from Jamaica, one female from Barbados and four females from The Dominican Republic were arrested and subsequently charged for the offence of working without a valid work permit.”

The women made an appearance before the First District Court in Castries on Tuesday where they were granted bail.