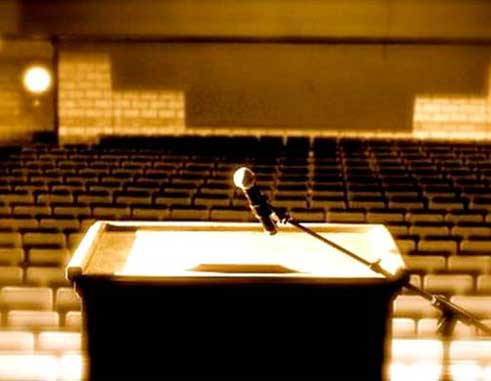 THE EDITOR:
The challenge was thrown at me to write an opinion piece about political debates in Saint Lucia in light of the alleged no-show by an opposition candidate at a recently sponsored debate by the South Castries Youth and Sports Council. Notwithstanding the fact that the motivation of the challenger was less than honourable I decided to accept it anyway.

Understandably, the supporters of the ruling party reacted as expected in a silly season and exploited the alleged no-show for all it was worth. After all politics is a game of wits and when one side seemingly demonstrates timidity, cluelessness, and stupidity the other side is expected to make all the political hay it can out of it. That is the nature of the beast.

There is no precedent for, or history of, pre-election public debates of which I can recall, but nonetheless an argument can be made for such debates to become part of our election process. To this end we should commend the youth organization for taking the initiative to introduce the idea and its efforts at bringing it to fruition.

However, the question remains to what extent say a debate between Guy Joseph and Joachim Henry will change a constituent’s perception of any of them, or cause them to shift their long standing alliance to that of the opponent’s party based on their performance therein? Let us all agree that the possibility of that happening is infinitesimal.

The truth is a candidate could come to such an event with a list of promises, even based on the constituency’s needs but in the final analysis accomplishment of any of these matters will be solely dependent on his/her party winning first and foremost. Still that does not guarantee anything will be done as he/she does not have the final say on priorities for expenditure.

Ideally attendance at such an activity should encompass a wide enough cross-section of the electorate but given the high level of political apathy in the society, more than likely, the audience would be sparse and perhaps highly skewed towards the more popular candidate. With near accurate predictablity the supporters of each party would announce their candidate the winner.

It is no secret that many of the persons offered to the electorate as candidates leave a lot to be desired. Consequently the quality of some of the responses and the repartee will simply confirm our suspicions of their vacuity. This no doubt would rob the activity of any redeeming value except of its entertainment value as attendees would be rolling on the floor laughing at the “bullets.”

Of course there are exceptions to every rule and we may get a nugget here and there which could gain immortal in our consciousness. Remember Bro. George’s: “What this budget reveals is significant, but what it conceals is vital”?

Perhaps a debate between say the Minister of Economic Development and the opposition’s Shadow Minister or spokesperson on such matters can duke it out in a structured forum for national consumption. This to me would have greater resonance as they discuss the nuances of their party’s plans for the overall development of the country.

Needless to say they would have to come ready and fully briefed about their party’s vision for the country and be able to articulate same to the general satisfaction of the viewing public. Just maybe that would be a more productive and valuable exercise.

Should debates ever become a fixture in our political zeitgeist it can have the effect of political parties being more deliberative in their candidate selection given the fact that they will have to face their opponents and the electorate in a contest of wits.

But given what we have become accustomed to in our parliament year in year out I will hold my breath on that.