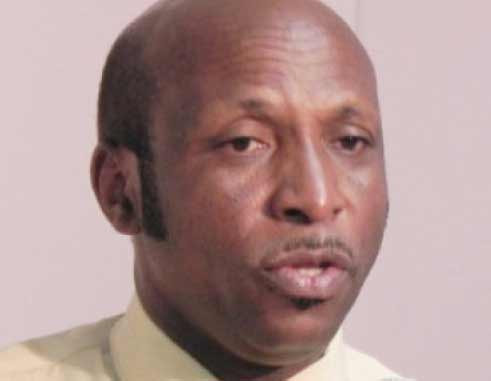 OPERATION Restore Confidence
Under the caring United Workers Party led government of 2006 to 2011, the people of Saint Lucia got much needed relief from escalating violence between rival factions in the City of Castries. Today we all can thank Operation Restore Confidence, an effort of the Royal Saint Lucia Police Force, for returning some semblance of peace and security to our country.

Beside the peace and comfort we all enjoy from this police operation what else did we know about it by the end of our term in office?
• Twelve persons lost their lives
• The normal investigations to facilitate the inquests into the deaths of these persons were taking place
• There were no Human Rights Reports alleging wrong doing on the part of the Police Force
• There were no sanctions placed on the Police Force

I as the Minister of Home Affairs and National Security during the period 2008 and 2011 had no evidence suggesting that the police was involved in any illegal extrajudicial activities. Furthermore, Saint Lucia and, by extension, the Royal Saint Lucia Police Force enjoyed a wonderful relationship with the International Community. Under the United Workers Party led government of 2006 to 2011 Saint Lucia was recovering very well in the area of security.

So why are we here today as a country facing sanctions from the United States and pressure from the International Community? The answer is the Dr. Kenny Anthony led St Lucia Labour Party.

“Officials of the United States say that they have taken action against police officers because they are bound by a law enacted by the United States Congress. This law, popularly known as the ‘Leahy Law” is named after the law’s principal sponsor, Senator Patrick Leahy of the state of Vermont. Essentially, this law says that the United States shall not furnish any assistance “to any unit of the security forces of a foreign country if the Secretary of State has credible information that such unit has committed a gross violation of human rights.” The law further states that the prohibition just mentioned “shall not apply” if the secretary determines and reports that … the government of such a country is taking effective steps to bring the responsible members of the security unit to justice.”

Why did the US government invoke the Leahy Law despite the fact that the appropriate legal action required by our laws – “Inquests”- had been taking place?

So the first issue for us is that the Secretary of State has credible information that our Police Force has committed a gross violation of human rights! Where did that information come from? Well in part we can all agree that Dr. Anthony is best placed to inform us, given the fact that he noted that he saw ‘a hit list of targeted persons deemed to be criminals’.

The second issue seems clear! That the Dr. Kenny Anthony led Labour administration has failed to take effective steps to bring to justice the responsible members of our police force. With all the information known to Dr. Kenny Anthony and he having seen ‘a hit list’ what steps or measures has he taken since entering office?

If Dr. Anthony had concerns regarding wrong doing in relation to Operation Restore Confidence, why did he not send the senior command of the Police Force including then acting Commissioner of Police Mr. Vernon Francois on administrative leave and invite impartial and uninvolved individuals to investigate the shootings for purposes of the inquests? He did not but then speaks about the United States not having confidence in the outcome of our inquests.

His government requested the United States to conduct polygraphs also known as lie detector tests for members of the Police Force. What information did the Prime Minister and the United States learn from the conduct of these tests?

• His government invited the CARICOM Implementation Agency for Crime and Security, IMPACS, to identify investigators from our region to inquire into the allegations of extra-judicial killings. The findings should have been forwarded to the Director of Public Prosecutions, not the Prime Minister. In addition, his government passed new legislation so that such investigations could enjoy the protection of our laws. What has been the result of this investigation?

IMPACS
In March 2015 in a televised address to the Nation, Prime Minister Kenny Anthony indicated that the IMPACS report alleged that the Police Force had a ‘death list’ of people deemed to be criminals and “planted guns at crime scenes of police shootings to justify their illegal actions”. The Prime Minister further indicated that the damning report was passed to the DDP for her consideration as the authority on criminal prosecutions in this country.

However, we later learnt that only the Report was passed to the DDP. None of the supporting evidence required by law was presented to the DPP for her consideration. So Dr. Anthony pretends to take a step towards bringing members of the Force to justice so that the Americans can lift the sanctions but makes it ineffective by making it impossible for the DPP to act by not making the necessary evidence available.

It is about one month now that we have no Director of Public Prosecutions to determine and pursue the appropriate way forward in relation to the findings of the IMPACS investigators. In effect, Dr. Kenny Anthony and the Labour Party administration have now for a little over one year taken no effective steps or measures to bring to justice individuals suspected of extra-judicial killings. Clearly, the existence of sanctions and pressure against our Police Force by the international community is as a result of the uncaring, irresponsible behaviour of one man, our Prime Minister, who is Dr. Kenny Anthony!

I am not perturbed at Dr. Anthony’s spurious accusations against me since I assumed the position of chairman of the United Workers Party in November 2015. The United Workers Party stands ready to work with the government of Saint Lucia, the Royal Saint Lucia Police Force, all Saint Lucians and the international community to ensure that our country takes all appropriate steps and measures to bring suspects, if any, to justice and allow Dr. Anthony his day in Court as an apparent witness to the ‘hit list’. Dr. Anthony now has to act in a responsible manner befitting of a Prime Minister or shut up! He must take responsibility for the current state in which our Police Force finds itself. He must account!

Saint Lucians, we have been hearing that the Americans and the Europeans have been giving the Dr. Kenny Anthony led administration deadlines to implement certain measures. However, today we are warning Dr. Anthony that if his continued irresponsible handling of this matter results in any further sanctions against our Police Officers and citizens, the United Workers Party will not stand idly by and watch our people suffer. It will not be business as usual.