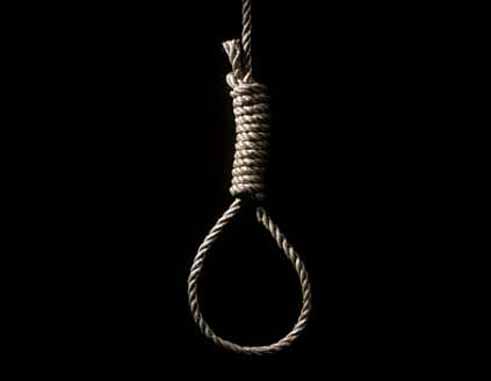 THE VOICE introduces a brand new column ANNOU PALE aimed at stimulating dialogue on some of the most pressing problems facing our country at this time.

We plan that this conversation will continue for some time throwing up ideas and solutions to the problems that have been identified and selected for discussion. You, the reader, have the opportunity to join the debate which in fact, has already started.

It simply is appalling the number of people who are opting to end their lives..

But most alarming is the fact that as a nation, we have done nothing to try to determine the cause of this new problem in our midst. Apart from a few professional people appearing on television with bits of advice, we seem to have accepted that suicide must now become a way of life, or rather, a way of death, in St Lucia.

There is no question, however, that something needs to be done to bring this matter under some kind of control. It is a serious indictment on a country when so many of its citizens are taking their own lives, for whatever reason.

We need to hear from the people with power, the government, about this development. Is the government aware of what is going on? It does not seem so judging by the fact that there has been no official reaction that we can recall, far less a promise to attempt to halt the trend.

What do you, the reader, think? Tell us. Why are so many of our people taking their lives and what can be done about it?

~~~~ Apple~~~~
It’s a tragedy that so many people see no other alternative to what they are going through other than suicide. There is a need for greater support for suicidal persons, and this support can start with each individual. Let us be our brother’s keeper. If we see someone struggling, let us ask if they are okay and try to help them if they say no they aren’t up to it. Too often we either miss or ignore the cries for help.

~Alice~
I always wonder if suicide is a crime and who will be arrested for it, after one has taken his or her life.
I seriously thought it was a crime to commit suicide. Wasn’t there a law; anyone who attempted and failed could be prosecuted and imprisoned, while the families of those who succeeded could also potentially be prosecuted. I was reading something last week on the web and came across this.

“So why do some people think that people choose to die by suicide?
Answer: ignorance.

Many people (including some who are supposed to be “professionals” in the area of suicide, psychology, and religion) maintain the misguided, ignorant, outdated — and idiotic — belief that people “choose” suicide.

Over 90 percent of the people who die by suicide have a mental illness at the time of their death. And the vast majority of those mental illnesses are untreated, under-treated, or not properly treated.

People who die by suicide are not thinking clearly — and they cannot possibly think clearly — because their brain is not functioning properly at the time they pass away from suicide.

Their brain is giving them overwhelming signals to die.

They have a chemical imbalance in their brain, are in extreme emotional pain, and their mind is saying “you must die by suicide to end this.”

Again — it is an overwhelming condition.

They do not “choose” do die — their mental illness causes them to die — just like some people die from heart disease, cancer, or other things that are out of their control.

And every time an ignorant person makes the statement that “people choose to die by suicide” the stigma of suicide is perpetuated. “

Now it have me thinking.