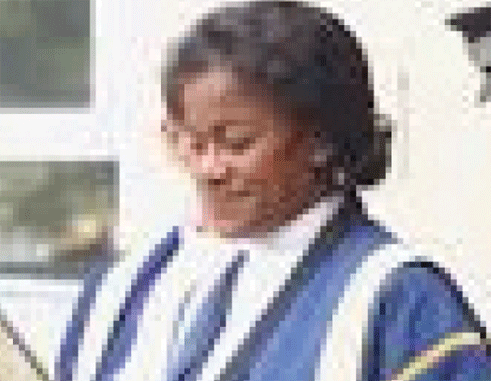 ATTORNEY Leonne Theodore-John , one of two Opposition United Workers Party (UWP) members on the Electoral and Boundaries Commission, has added her voice in protest against the recent report of the Commission recommending changes in electoral boundaries ahead of the next general elections.

Ms. Theodore-John has affixed an affidavit to the case filed in the High Court by Castries South East MP Guy Joseph who wants the court to stop the Governor General from bringing the Commission’s report into force. She is also objecting to Dominica-born Senior Counsel Anthony Astaphan representing the Commission in the case filed by Joseph arguing that he might be “pursuing an agenda scripted by the St Lucia Labour Party.”

Joseph has also raised objections to Astaphan’s involvement in the case, as legal counsel for the Commission.

In her affidavit, she told of attending her first Commission meeting on December 11, 2013 and receiving minutes of a previous meeting at which Chairman Peter Foster was reported to have read a letter from the Governor General in which she “strongly recommended” that the Commission produce a report by March 2014.

Theodore-John said towards the end of the meeting she raised the question of obtaining additional technical support for the work of the Commission, and this was discussed briefly but apart from “the very limited input” of Director of Statistics Edwin St. Catherine, and that of a field officer who accompanied the Commissioners on a site visit in October 2014 the Commission as a group received no other technical support or advice.

At the next meeting of the Commission held on February 3, 2014, the Chairman directed that the other members of the Commission, including herself, were to liaise directly with their respective political parties with a view to submitting their proposals for the Chairman’s consideration.

Theodore-John said the St Lucia Labour Party (SLP) members on the Commission were late in submitting their proposals and asked for more time. The United Workers Party team (she and Eldridge Stephens) did not prepare any, “as we had neither the financial resources nor technical support to make any meaningful effort”.

Theodore-John said she had long felt that the Commission needed to have at its disposal technical expertise to assist it in discharging its functions. She added: “What the Chairman proposed implied that we, as members with affiliations with the opposition, were to use our own resources, or those of the United Workers Party, in order to develop proposals for the Chairman to consider. There was no request by the Chairman for funding from central government to assist the Commission, or its members, in procuring the professional advice or technical expertise and know-how that was necessary. Nor were the technical resources available within government (save for Mr. St. Catherine, and a handful of maps) placed at our disposal”.

Theodore-John told how in May 2014 proposals submitted to the Commission by the two SLP members on the Commission were sent to her via email and when she experienced difficulty opening the document she notified the sender, SLP’s general secretary Leo Clarke who told her that he would get Calixte George Jr., administrative attaché to the Prime Minister to assist her in opening it.

She added: “Although the document was ultimately sent to me by the Secretary to the Commission, Mr. Clarke’s email indicated to me that Mr.Calixte George Jr. was one of the persons involved in the preparation of the proposal and that by reason of his position as Administrative Attaché to the Prime Minister it is likely that the Prime Minister was in possession of a copy of the proposal even before the remaining members of the Commission, namely Mr. Stephens and me, had seen it”.

According to Theodore-John, she was struck by the document’s sophistication, the impressive presentation and the high level of very technical information contained in it. “It was very obvious to me that the document was prepared by professionals, and that some significant financial input was placed behind it. It was also clear and obvious to me that it had been commissioned, prepared and funded by the Saint Lucia Labour Party, possibly with the support of the resources of the government.She then gave an account of the process that led to the final report being submitted to the Governor General and conceded that while she had signed the report signaling her approval of it, upon reflection and in the light of issues raised in his petition to the High Court by MP For Castries South East Guy Joseph she was satisfied that the process adopted by the Commission was “flawed from inception and the independence of the Commission was severely compromised”.

“Members of the Commission were subjected to undue pressure or influence, both from the Chairman and from Her Excellency, the Governor General, to sign the report within a very tight timeframe”, Theodore-John complained, adding that the work of the Commission was impeded by inadequate technical, professional and financial resources; and the report did not truly represent the work product of the Commission as required by the Constitution.

She accepted that the Commission had made some “serious procedural missteps in executing our constitutional duties”, which was not obvious to her at the time, as she had relied on the leadership of the Chairman, and admittedly did not give due or ample consideration to the constitutional provisions that mandated that the Commission should at all times act in an independent and impartial manner.

“It is now clear to me, however, that we did not in fact so act”, Theodore-John said.

She contended that Commission members either did not fully appreciate “the constitutional imperative of remaining independent and impartial” or failed to recognize that the process that they had been pursuing was “contradictory to independence and impartiality”.

Theodore-John pointed to the fact that despite her “strong insistence” that the Commission should have engaged “independent and objective legal advice” in relation to the case brought by Joseph, the majority of Commissioners had voted in favour of engaging the services of Anthony Astaphan to represent the Commission “notwithstanding the fact that he has a notorious and long standing relationship” with both the Prime Minister and the Commission Chairman.

She said she believed it was impossible, in those circumstances, for the Commission to retain its independence, since the real danger exists that Astaphan’s personal allegiance to the Prime Minister, and his professional duty as counsel for the Prime Minister and Governor General, will collide with the duty that he owes to the Commission to advise it independently, impartially and objectively.

Theodore-John added: “The conflict of interest is clear, and my genuine fear is that, in defending this claim on behalf of the Commission, Mr.Astaphan may be pursuing an agenda scripted by the Saint Lucia Labour Party.

“I state for the record that I object to Mr.Astaphan’s continued representation of the Commission in this action.”