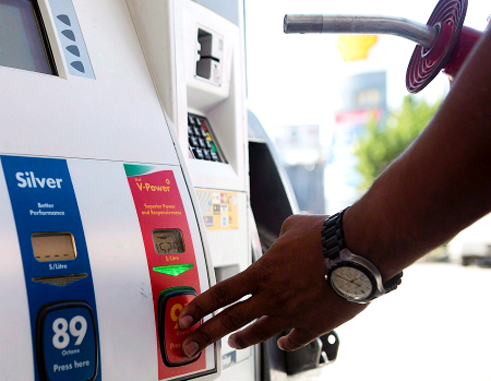 THE controversy that has been generated by the recent lowering of the price of fuel at the nation’s petrol stations has brought two issues to the fore. The first is one I have raised previously- it is the matter of the government’s communications strategy. The second is the efficiency and effectiveness of the island’s public transportation system.

Part of the reason for the raging debate during the last couple of weeks over whether the St Lucia Labour Party (SLP) government could not have lowered the fuel prices even further than it did last week Monday emanates from the Government’s poor communications when it announced the price adjustment. It should have been obvious to the government that from the time the leader of the opposition United Workers Party (UWP), Allen Chastanet, had declared one week before, that the government should lower the price of gasolene to $10.00, the government’s eventual price cut would be the target of opposition attack, once it was any cent above ten dollars. The government’s communications and political strategists should have anticipated this and prepared to dull the UWP offensive with an information campaign.

The government’s announcement of the new prices should have been accompanied by a clear explanation of how the prices were derived. This should have been provided by an official (preferably the Permanent Secretary) of the Ministry of Finance or of Commerce ( whichever department is responsible for fixing fuel prices; more in another article on the role of public servants in informing the public of government’s policies); or it could also have been presented in a joint press conference with the responsible Minister and the relevant Permanent Secretary or in an address to the nation by the relevant Minister before the adjustment came into effect.

Instead the government, thinking that the matter would have been business as usual as for previous fuel adjustment announcements, simply issued a Press release on the new prices late in the morning of Monday 12th January and was caught completely off guard by the virulent response of the UWP and the disbelief of a public who were expecting a bonus gas price.

If they were surprised, I was not. In the absence of the type of announcement I thought the government should have made, I anticipated exactly what followed and in fact had said so to a friend on the preceding Friday evening. The UWP went on the attack, taking advantage of the public dissatisfaction with the new price, a dissatisfaction largely brought about by the further drop in world oil prices during the first week in January and the UWP’s own earlier declaration that the price of gas at the pump should be $10.00.

The SLP administration has since been scrambling to roll back the damage with Mr. St Juste of the Finance Ministry explaining the mechanics of the adjustment in radio and television appearances, further explanations by the Prime Minister and the deputy Prime Minister and with the SLP’s PRO issuing press statements in response to those by Allen Chastanet. I must commend two media houses that also made it their responsibility to inform the public of the facts of the adjustment. Sherry Ann Williams of Radio Caribbean International, on the day after the press release from the Government (her promptness is applauded) did an excellent job of interviewing Mr. St. Juste of the Ministry of Finance and having him to disclose how the price was calculated while Radio St. Lucia’s Shelton Daniel, in his Ninety Minutes programme later in the week, revealed the historical origins in 2009 of the pass through system for determining fuel prices and how it works.

The government’s late response has not killed the debate as the UWP seizing the ball dropped by the SLP administration’s unenforced error is now due to hold a protest march on Thursday January 29 against what it calls the government’s responsibility for the unbearable rise in the cost of living in St. Lucia. This is an opportunity for which Allen Chastanet’s UWP has been itching – an opportunity it had hoped to obtain with the proposal by the Prime Minister in 2014 for a five per cent cut in public servants’ salaries to reduce the country’s fiscal deficit. However since this has not yet been implemented and since the UWP had committed its own unenforced error by appointing the President of the Civil Service Association (CSA), Mary Isaac as a Senator, thus exposing their hand in the CSA intransigence over the proposed salary cuts and consequently throwing egg on its own face, it has now seized upon the confusion over the fuel prices to launch a public charge against the SLP administration.

The SLP Government of course cannot withdraw from the battle. It can embark on one of two responses. It can wait this out and plan its public information strategy for the next lowering of fuel prices in three months time ( as the world oil price will continue to drop); or it should continue to explain its fuel policy and its benefits to the consumer through a comprehensive media blitz in English and Kweyol. I recommend the latter.

Finally, let me draw to your attention what I believe to be a crucial, missing and ignored factor in this furore over fuel prices. The debate now seems to have moved to the stage of whether a three month or one month pass through mechanism is the most appropriate system at this time. Surely, the critical and missing element in this has to be the time and frequency at which fuel is imported to St. Lucia. For example, the current price of oil on the world market is US$47. At what point will fuel derived from that oil arrive in St. Lucia – next week, next month, next two months- how frequently will it arrive and at what price? It would seem that this would have to be the major determinant in the type of pass through system that should be employed.

In my humble layman’s view I would dare to suggest that since it is likely that the world oil price will continue tumbling until the powers that be are satisfied with its deleterious effects on the Russian and Venezuelan economies and on US shale oil producers, and until China becomes hungry for oil again, then we should dispense with the pass through system altogether.

In other words when oil prices keep going down, no pass through; when they start climbing again, as they must, reintroduce the system. The St. Lucian consumer would then gain from the drop in prices as immediately as low cost fuel is landed here and is protected from escalating world oil prices through the three month pass through system .If this is not workable, let the experts tell me. If it is, it might just do away with the politics of fuel price adjustments in St. Lucia.

Next Week: The Public Transportation System