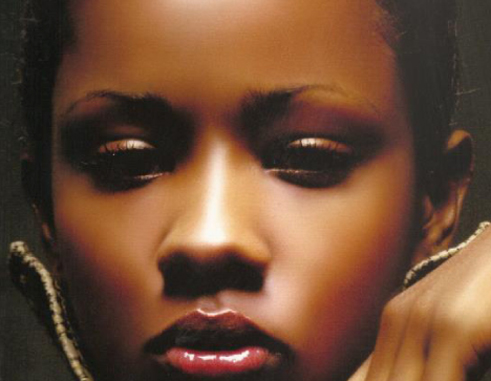 OUT of the small crop of St. Lucians who have had a taste of international success, Denise Lay is perhaps one of the most outspoken. Lay has lived a life which she likens to the seemingly complicated London Underground Tube map. The local “fashionista” was thrown into the professional world of modelling head first and managed to stay afloat for a decade despite the ups and downs that come with the territory.

The proud Laborian is a mother of three who lends her expertise of the fashion world as a writer at the Star Publishing Company. Not one for keeping her feelings and emotions bottled up, it was clear from the start that this issue of “A Face In The Crowd” would be an interesting and juicy journey into the modelling industry.

The VOICE: How did you go from the girl from Laborie to stomping down international catwalks as a model?

Denise: I was accepted to study political science at the London School of Economics (LSE) in 2002. However that same year I was spotted by a model scout and I decided, well, there’s always LSE but I won’t be young forever so why not?! So I moved to London, as intended, but for a completely different reason and here I was, completely wet behind the ears, plopped in London Town, in the middle of casting season for London fashion week! I had no portfolio, no casting directors had ever heard of me obviously but my agents seemed to think I could pull a rabbit out of the hat!

The VOICE: What was your most difficult moment in the industry?

Denise: Most difficult moment would have to be when I realized (don’t even know if that’s the right word but) I was black/’different’ or that it even mattered. I was booked to walk for Chanel. Imagine, my major excitement! Like dude!! I’m walking a Chanel catwalk! Anyway, I’m back stage getting prepped, make up done, waiting to do my hair. The stylist then calls girls remaining and I didn’t hear my name. So I thought in the buzz I just didn’t hear. There was one model before me and no sooner than she got up from the chair, the hair stylist and team started packing up their gear! I didn’t understand what was going on and at that same moment, the coordinator walked in and asks why my hair wasn’t done. She went over to the head of hair and he flat out said they don’t do my KIND of hair. She asked, what was he talking about and he said their hair tools aren’t fit for my hair and they don’t do Afro hair! I was confused. She then said to him if he won’t do my hair he’ll never work for Chanel again and that he should just get out! She was livid It wasn’t until I got home it dawned on me that it was because I’m black! Very cliché huh? I cried like a baby. Before that I simply thought I was a person…I feel sorry for the guy for having that opinion but I’m still not over the shock of that day.

The VOICE: This industry is extremely fickle and one might say that models are very dispensable. What does it take to have longevity in this business?

Denise: A pretty face is not all that one needs. Definitely character and presence goes a long way. With social media playing such a massive role in our everyday lives, models need to keep themselves current and present. My old manager would always remind me that for every one model who’s “in” the industry, there are 10,000 waiting in line to replace her. We’re basically our own bosses and have to keep marketing our product. ourselves!

The VOICE: Anyone who has studied the industry will tell you that there are many pitfalls that come with the profession including, drugs, anorexia and even in some cases, prostitution. What advice would you give to potentials warning them about such pitfalls?

Denise: One has to be terribly strong and confident enough to stay away from such activities. Thereare some glamorous essentials but many lose sight of what’s important and easily get hooked on substances. It’s just that these things are well woven into the tapestry of the fashion industry and it’s difficult to say what people want to hear without being a hypocrite. It’s really a way of life… Like it’s so common it’s normal. No one bats an eye.

The VOICE: With all these obvious issues, in your opinion, do you think that young girls should gravitate towards this industry?

Denise: I wouldn’t discourage anyone. But I’d definitely tell them to be 110% sure that this is what they want and that they stay true to themselves whilst standing firm in their beliefs and moral values.

The VOICE: What would you say to your daughter if she came up to you and said that this is what she wants to do?

Denise: A firm NO! Mummy loves you, pussycat! With thebiggestsmileever. I’m well aware that this makes me a hypocrite.

The VOICE: I know that the life of a model is not all doom and gloom, what are some of your upsides and highlights over the years that you modelled?

Denise: Other than fabulous free designer stuff?? It’d have to be walking in a show with Naomi Campbell and Alek Wek, meeting the great Ottavio Missoni…what a charmer! Italian men have got to be the most suave! Most importantly, I was forced to grow up quite quickly and learn to fend for myself. I grew a thick skin and was able to rely on a strength I never knew I had! I gained an independence and accomplishment that I don’t think I would have if I’d chosen a different path.

The VOICE: One subject I know you’re tired of is the big bottoms trend. The “Year of the derriere” has jumped into 2015 and looks like it’s here to stay. As a woman of slim stature, what are your thoughts on the trend?

Denise: That’s just it! Who’s the idiot who decided that a certain body type is trendy? This is the sort of ridiculousness that promotes crash/yo-yo dieting and unhealthy lifestyles. We need to be comfortable in our own skin. The fashion industry sells a fantasy, not reality. I look forward to the day when no woman feels the need to be who she sees in a magazine and can own her curves, or lack of. It is sad when women allow their body types to define them, or become so consumed with achieving a certain look.

TheVOICE: It is clear that the women who carry such “assets” are on the curvier side as opposed to the slim and slender figures you will find in the model industry. In your opinion, when making a comparison, do you think that either of the two set positive examples for young girls to follow?

Denise: I don’t believe any young girl should use an industry whose main goal is maximizing profit by using and exploiting physical attributes as a positive example. These should be values instilled from home. And while I’m well aware that not all young women come from solid homes, there should be certain values that should be reinforced by the education system. Teachers aren’t meant to “raise” our children, yet their influences are monumental in shaping the lives of many. They should always remember the intrinsic role that they play in the lives of their students and endeavour to make them as well rounded as they possibly can. In my opinion it really isn’t about a slim vs curvy, or fat wars as I like to call it, it is the very simple realization that the fashion industry is a fantasy. Many models don’t look like what they do on the glossy pages.

TheVOICE: Finally, we have quite a few young girls in St. Lucia trying to break into the industry and many who think that they are already there. What would you say to them with regard to giving them directions?

Denise: Research! Research! Research! The internet is your friend! You can learn so much! What I have noticed a lot is that girls aren’t interested in investing much time or effort in perfecting the art. They come off almost as if they’re working on a hobby and not a career. I believe that it stems from a culture of models not earning much, if anything, for their time and imagesand that they don’t quite grasp that this is an actual job where real money can be earned. Take care of your canvas! It’s your money maker. Eat well, keep fit/toned, learn different techniques, posing, working with lighting and angles and being ‘fluid’ on set or on a catwalk