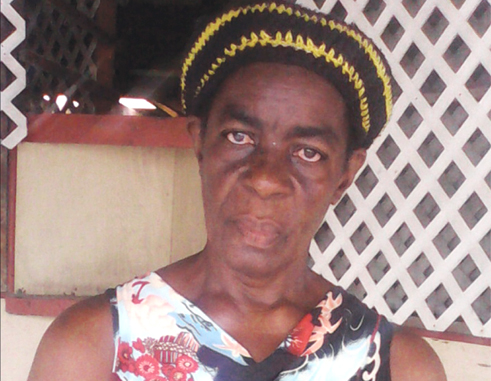 A developing situation involving the Castries Constituency Council (CCC) and vendors from the Vendors Arcade in Castries is about to get explosive as neither side is backing down from their positions, overthe eviction of a vendor.

The vendors, Wednesday, took the matter to Prime Minister Dr. Kenny Anthony hoping that he could diffuse the situation and restore the evicted vendor to her booth, but this was not to be as they were unable to sit with Dr. Anthony who was pressed for time and had an urgent engagement.

It’s a case of the Council acting a shade too quickly to eject Letitia Cenac from the arcade and handing the booth over to someone else without engaging in due diligence.

The Council acted on the premise that the booth was not being used for the past seven months by Cenac who incurred arrears in the process, and therefore went ahead and rented it out to Dionne Auguste collecting monies from her for six weeks’ rental.

A delegation from the Vendors Association, on hearing of the eviction, met with Town Clerk, Reginald St Juste and explained to him the circumstances surrounding Cenac’s inability to use the booth for the seven months in question.

St. Juste rescinded the decision to evict Cenac but was a shade late in that Auguste had already paid six weeks rent for the booth, unknown to him.

Cenac told The VOICE that she suffers from depression which sometimes sidelines her for a period of time.

“I am not crazy as some people think and keep saying. I have been a vendor at the arcade for the past 19 years. I have a contract with the Council outlining my legibility to conduct business from that booth. Yes, I owe the Council rent money, a little over $3000. We have between us a payment plan where I could reduce on the amount of money I owe to the Council. Why am I being treated like that?” Cenac asked.

Efforts by the Council to persuade Auguste to return the booth, even offering her another spot somewhere else, were futile.

“That booth belongs to me. I’m not making a shift. I have a right to be there. I did nothing wrong,” Auguste said.

An adamant Auguste sent the Council a lawyer’s letter threatening legal action if she is forcefully removed as the rightful tenant of the booth.

The delegation from the Vendors Association Monday appealed to Harold Dalson, the Minister for Social Transformation to intervene and settle the matter. He explained that there was nothing he could do to rectify the situation because of the agreement the Council had with Auguste which was sealed when the Council accepted her money for the booth.

“She was told she can have the booth. She paid for the booth. The Council accepted the money. There is an obligation on the part of the Council to honour that agreement,” Dalson said, noting that a lawsuit against the government was something he did not want and was trying to prevent having been presented with the letter from Auguste’s lawyer.

The VOICE learned that there is disagreement within the Council about the “agreement” Dalson said the Council has with Auguste. Reports are that Council does not have any document outlining an agreement with Auguste. All the Council can attest to is giving Auguste a receipt for the six weeks down payment on the booth and a verbal exchange between Auguste and a Council employee having to do with the booth.

The VOICE also learned that this was not the first time Cenac has left her booth unoccupied for several months as a result of her medical condition. Reports are that the Council is well aware of that, according to a Council employee who spoke to the VOICE Wednesday.

The Vendors Association, meanwhile, has been active in getting legal advice on the matter. Peter ‘RasIpa’ Isaac and Cenac were on their way to see an attorney when the VOICE caught up with them.

“Cenac’s case against the Council is far tighter than that of Auguste. The Council evicted her without any prior notice. The Council told her nothing, never came to see her and was not diligent in their handling of the matter. She has a contract with the Council; that contract is still valid,” Isaac said.

Vendors meanwhile say they are not giving up in their attempts to get Cenac back at her booth. A planned demonstration to drive home their point, which was supposed to have taken place Tuesday, was put off because of Dalson’s entry into the picture. Now that he speaks of his hands being tied, legally, they have resorted to discussions on whether to continue with the planned demonstration or undertake other measures to force the Council to adhere to their demand, which is to return the booth to Cenac.

“We are not giving up on this,” Isaac said.