The Council, which is made up of experts from eight countries in the Americas, will make available to the various public and private sector entities, analysis and recommendations on food security, that may be used to facilitate decision making. 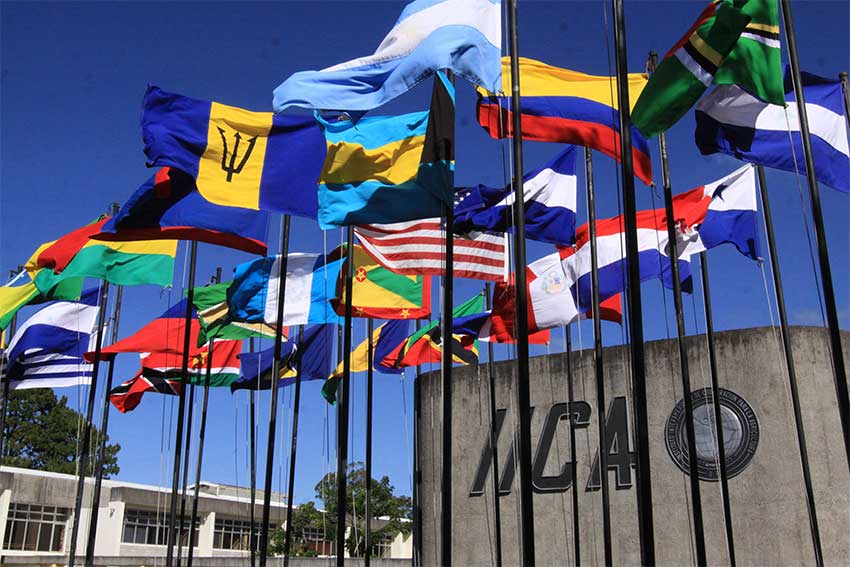 San Jose, 1 April 2020 (IICA). – The Inter-American Institute for Cooperation on Agriculture (IICA) has established a Food Security Advisory Council for the Americas, which includes leading professionals from political and academic spheres.

The Council will monitor the impact of the new Coronavirus on food security in the region, with a view to offering analyses and recommendations that may inform the decision-making processes of various public and private sector entities.

Council members will carry out dynamic analysis exercises with respect to the situation and will offe perspectives on food security in the hemisphere, in light of the pandemic triggered by the new Coronavirus.

They will also support IICA in its technical cooperation efforts, in order to assist the organization to redirect its efforts to address new and more urgent demands of the countries, which have arisen as a result of the pandemic, thereby contributing to the development of a new institutional roadmap.

Director General, Manuel Otero made the announcement regarding the establishment and activation of the Council.

In introducing the Council—which will meet via online sessions—Otero remarked that, “The Advisory Counc will present concrete ideas on alternative scenarios with respect to food security in the hemisphere and the obstacles to be overcome. It will also enhance the technical cooperation that IICA provides to countries”.

Dr. Abraham holds a Masters degree in sociology and a Doctorate in sociology, with emphasis on development economics from the University of Toulouse in France. She was Minister of Agriculture and Livestock of Costa Rica from 2010 to 2014, the first woman to occupy that position. She has worked in different international organizations including UNDP, the World Bank and IICA, where she held positions such as Representative, technical specialist in international cooperation, public policies and agricultural trade. She has vast experience in negotiating international free trade agreements in the area of agriculture. She is currently the Ambassador and Head of Delegation for Costa Rica to the World Trade Organization (WTO).

Dr. Brathwaite holds a B.Sc. in Agricultural Science, a M.Sc. degree, as well as a Ph. D in Plant Pathology from Cornell University, USA. Dr. Brathwaite has a Diploma in Agricultural Development with Distinction from the University of London and has completed courses in Executive Management at INCAE and in Leadership for Senior Executives at Harvard Business School. He was a lecturer in the Faculty of Agriculture of the University of the West Indies (UWI). Dr. Brathwaite served as the Director General of IICA (2002-2019). He joined UWI as the Interim Director of the Faculty of Food and Agriculture and has served as the Ambassador of Barbados to the People’s Republic of China.

An economist and politician, Carlos Gustavo Cano Sanz holds an M.Sc in Economics from the University of Lancaster and has also completed post-graduate studies in Government and International Economics at the University of Harvard, as well as in Senior Business Management. As Colombia’s Minister of Agriculture (2002–2005), he implemented reforms that led to the merging of the Ministry with other entities to become the Ministry of Agriculture and Rural Development. He was Manager of the Federación Nacional de Arroceros (FedeArroz), President of the Colombia Agriculture Society and an international consultant in Strategic Planning for IICA. Currently, he is Co-Director of the Board of Directors of the Bank of the Republic of Colombia.

Dr. Luiselli holds a BSc. in Economics, an MSc. and Ph.D from the University of Wisconsin, specializing in Agricultural Economics, Rural Development and International Economics. He also has a Ph.D from the University of South Africa, Pretoria. Dr. Luiselli is Professor Emeritus of the Humanities division of the Instituto Tecnológico de Monterey – Mexico City Campus (ITESM). He was a former advisor to the President of the Republic on agricultural development (1967–1970). He has also served as Mexico’s Ambassador to South Korea, South Africa and Uruguay; as Ambassador and Permanent Representative of Mexico to ALADI; and as Under-Secretary for Development and Environmental Regulation (SEMARNAT).

Dr. Murano possesses a BSc. from Florida International University, as well as an M.Sc. in Anaerobic Microbiology and a Ph.D. in Food Science and Technology from Virginia Tech. She served as the United States Undersecretary of Agriculture for Food Safety (2001-04), and also has extensive experience in the field of education. She was President of Texas A&M University and served as Vice-Chancellor and Dean of Texas A&M University in Agriculture and Life Sciences (2005-07). Dr. Morano was also a member of the Board of Directors of Hormel Foods.

An agricultural engineer, he holds a PhD in Agrarian Economics from the University of California, USA. He is the current Director of the Committee on Agricultural Affairs of the Argentine International Affairs Council (CARI) and a member of the Support Team of the Group of Producing Countries from the Southern Cone (GPS) in Argentina. He is also a Special Advisor to IICA. He was Director General of IICA (1986-1994); President of the Steering Committee of the International Food Policy Research Institute (IFPRI) and member of the Steering Committee of the International Service for Agricultural Research (ISNAR).

Mr. Ramos obtained his Agricultural Engineering degree from the Universidad de la República. He served as Minister of Livestock, Agriculture and Fisheries (1990-1993) and Minister of Foreign Affairs (1995-1998). He was a senator in his country and has worked as a consultant for IICA and other international organizations, and as an Institutions and Public Development Policies specialist for the FIDA MERCOSUR regional program. Roberto Rodrigues, Brazil

An agricultural engineer, he served as Minister of Agriculture, Livestock and Supply (2003-2006) and as Secretary of Agriculture and Supply of the State of Sao Paolo (1993-1994). He received the Sao Paolo Medal of Scientific Merit and the National Scientific Merit award for his technical contribution to the development of science in Brazil. In 2004, he was named Agronomist of the Decade by the Association of Agricultural Engineers of the State of Sao Paolo (AEASP). He is also a rural entrepreneur and a special ambassador for cooperatives.

Mr. Trigo is a consultant for IICA and the IDB. He is the director of the CEO Group (Economics and Organization Consultants). He spearheaded the project entitled ‘’Prospects for Biotechnology in Argentina 2030’’ of the Ministry of Science, Technology and Innovation (2014-2016), and also served as advisor to the Directorate of International Affairs of the MINCYT in Argentina (2000-2014). He was executive director of the ArgenINTA Foundation (1994-1998) and headed the Research and Technology Transfer Unit at IICA (1986-1994).

IICA is the specialized agency for agriculture in the Inter-American system, with a mission to encourage, promote and support its 34 Member States in their efforts to achieve agricultural development and rural well-being through international technical cooperation of excellence.